The Striking Facts About The Catholic Church

By Simplylenah_ (self media writer) | 4 months ago 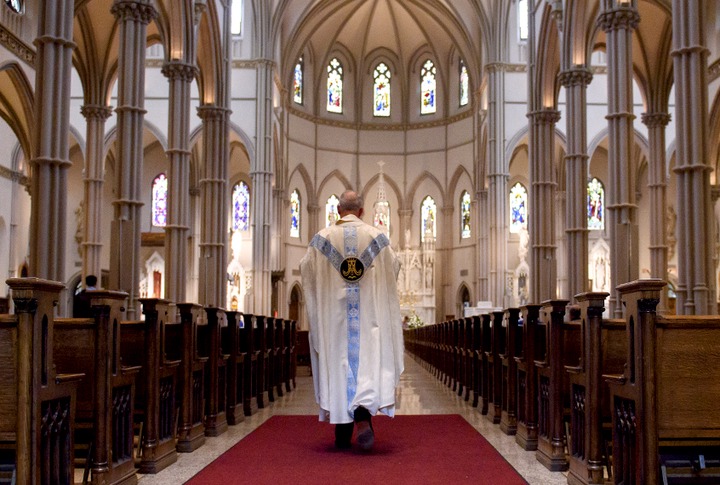 The Vatican of the Catholic Church’s has diplomatic relations with nearly every country in the world.

The word “Catholic” was first used by someone known as Ignatius of Antioch around the year A.D. 110. It originates from the Greek word katholikos, which means “toward the whole.”

In Christianity,the Catholic Church is the largest single denomination.

The Catholic Church is the oldest institution in the western world. It traces its history back almost 2,000 years.

There are more than 1 billion Catholics in the five continents around the world. What binds all of them together is a strong belief in Jesus Christ and obedience to the papacy.

Catholics believe that the pope, who is usually based in Rome, is the successor to Saint Peter, whom Christ appointed as the first head of His church.

Unlike popular belief, the pope does not reside in Italy.He actually lives in Vatican City.

In the Catholic Church,women are not allowed to become Roman Catholic Priests.

The Catholic Church was the one that was responsible for adding modern day chapters and numbered verses to the Bible.

A common Catholic symbol is ashes, which is actually an ancient sign of penance. Catholics place ashes on their foreheads at the beginning of Lent as an outward sign of repentance.

The incense that is used in the Catholic Church symbolizes prayers rising to heaven and is also used to purify and bless.

The Catholic Church has seven sacraments namely and I quote: baptism, penance, confirmation, holy orders, the Eucharist (Holy Communion), matrimony and anointing of the sick.

Catholics believe that anyone whether catholic or not can baptize in an emergency situation such as an accident .The only requirement that a person should follow the wishes of the person they are baptizing.

In the Catholic Church,the rosary is a primary signature of catholic devotion.The prayer made to her is closely associated to the Virgin Mary.

Catholics believe that during the Eucharist also known as the Holy Communion, the bread and water literally become the body and blood of Christ.