Sad: Mother Of The Boy Whose Body Was Found In The Car Of A Bishop Emotionally Speaks In Court

The mother of a 6-year old boy whose body was found decomposing in a bishop's car speaks in court of how things reportedly transpired in Likoni, Mombasa County. 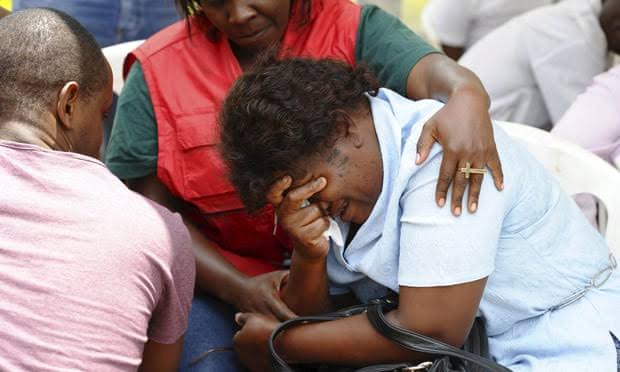 Joyce Wasike, the mother to Emmanuel Wasike, the deceased, told the court that her son went missing on February 24th, 2018 during a church service when she appeared in court today before Martha Mutuku, the Mombasa Chief Magistrate.

According to the mother, her son was attending a Sunday School service at Ushindi Baptist Church when the incident happened. The following morning, she went to the church in a quest to search for her son. She met up with Bishop Maisha, the owner of the car where the boy was found, who asked what she was doing in the church at that time.

Moments later, another pastor called her and began praying for her. While in the middle of the prayer service, police officers started entering the church. The officers told the mother that her son had been found dead at the backseat of the bishop's car.

According to the postmortem report conducted at the Coast General Hospital, the boy died due to multiple organ failure due to lack of oxygen and blood flow to the brain commonly known as asphyxia.

The mother said that her family members have accused her of sacrificing her son following the incident making it difficult for her to set foot home.

The court hearing was adjourned until March 23, 2023 when the next hearing will be done. 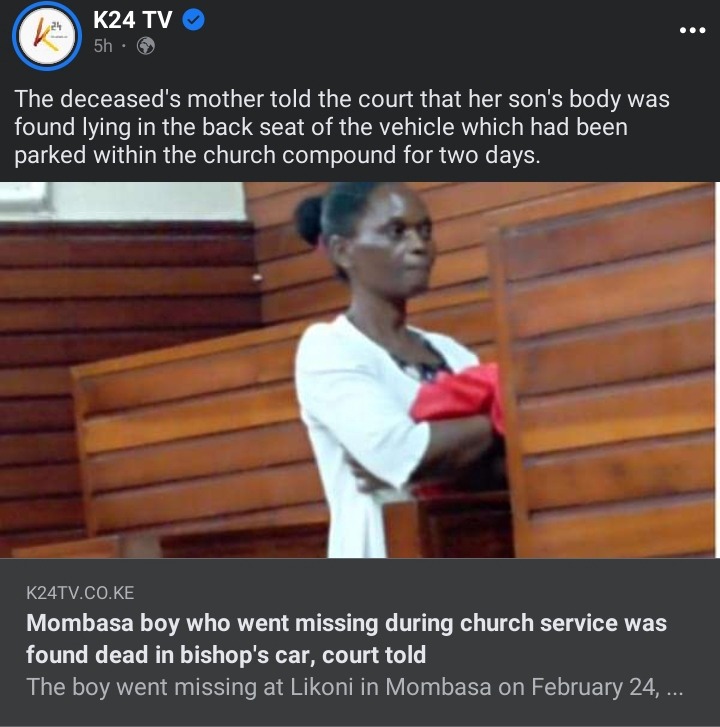