By ANjangiru (self media writer) | 1 year ago

The Holy Father Pope Francis has accepted the resignation of John cardinal Njue as the Archbishop of Nairobi. 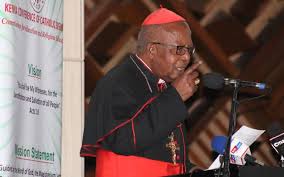 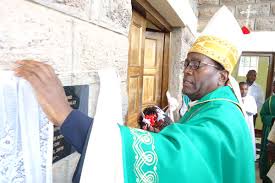 The news was officially made public in Rome on Monday,4th, January 2021 at Noon, Rome Time (2.00 p.m. Kenyan Time). The acceptance letter of Cardinal Njue’s resignation and the appointment of Bishop Kamau was sent to the Kenya Conference of Catholic Bishops (KCCB) by the Apostolic Nuncio to Kenya, His Excellency Archbishop Hubertus van Megen.

Cardinal Njue tendered his resignation upon attaining the mandatory retirement age for Bishops which is 75 years. The Cardinal was born in Kiriari village in Embu County, Kenya, in 1944. 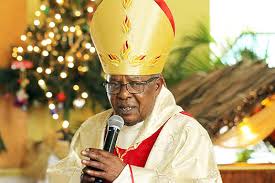 His Holiness Pope Benedict XVI appointed His Eminence Archbishop John Njue as Archbishop of Nairobi on 6th, October 2007. He took over from the Late Archbishop Ndingi Mawana a’Nzeki who retired in October 2007 after attaining the retirement age of 75 years.

Later in a Consistory, on 24th November 2007, the Pontiff elevated Most Rev. John Njue as Cardinal, becoming a member of the Sacred College of Cardinals. His Eminence John Cardinal Njue is the second Cardinal in the history of Kenya after the Servant of God Maurice Michael Cardinal Otunga.

He was appointed Co-adjutor Archbishop of Nyeri on 9th, March 2002. He was appointed the Apostolic Administrator of the Vicariate of Isiolo from 2005 – 2006 following the death of the Late Rt. Rev. Luigi Locati in the year 2000.

Cardinal Njue was appointed as the first Bishop of the newly created Diocese of Embu by His Holiness Pope John Paul II on 9th June 1986 and received his Episcopal consecration on 20th September 1986.

He has served in Nairobi for about 13 years.

'Thank you for Loving me' Guardian Angel tells wife as he shares a cute video of them.

What To Do When Your Parents Dislike Your Spouse