Facts You Didn't Know About The Bible Versus The Quran

By PMJoyce (self media writer) | 11 days ago 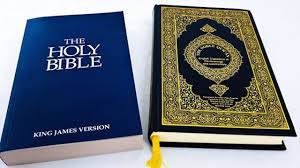 The Bible and the Quran are two of the most fascinating and mysterious texts in the world. They are both revered by millions of people and have played a significant role in shaping human history. But what makes these texts so special and what secrets do they hold? Here are some amazing facts about the Bible and the Quran that will blow your mind.

For starters, did you know that the Bible is actually a collection of texts written by different authors over a period of several centuries? This means that the Bible is not just one book, but a library of books! The texts include the Old Testament, which is a collection of writings from the Jewish religion, and the New Testament, which contains the teachings of Jesus and the early Christian church. Despite being written by multiple authors, the Bible has a cohesive narrative and a consistent message of love and redemption.

Another intriguing fact about the Bible is that it has been translated into more languages than any other book in the world. Think about it, the Bible has been translated into over 2,000 languages! This is a testament to the enduring popularity and relevance of the text, as well as the wide-reaching impact of Christianity throughout history. Imagine how many people have been touched by the teachings of the Bible, regardless of their language or culture.

On the other hand, The Quran is the central religious text of Islam, which Muslims believe to be a revelation from Allah. It was revealed to the Prophet Muhammad over a period of 23 years. It is considered to be the literal word of God and is divided into 114 chapters, known as surahs. It covers a wide range of topics including morality, history, and theology. 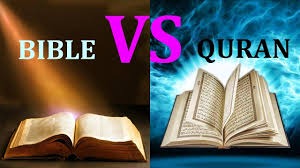 One of the most astounding facts about the Quran is that it has never been altered in any way since it was first revealed. Can you imagine a book that has remained unchanged for over 1,400 years? This is because the Quran is considered to be the direct word of God, and Muslims believe that any alteration would be a form of blasphemy. The Quran is also considered to be the final revelation, and thus supersedes any previous religious texts such as the Bible.

In conclusion, the Bible and the Quran are both incredible texts that hold a wealth of knowledge and secrets. They have both played a vital role in shaping human history and continue to inspire and guide people all over the world. Whether you are a devout follower or simply curious, these texts are sure to leave you in awe of their beauty, power and timelessness.

Content created and supplied by: PMJoyce (via Opera News )