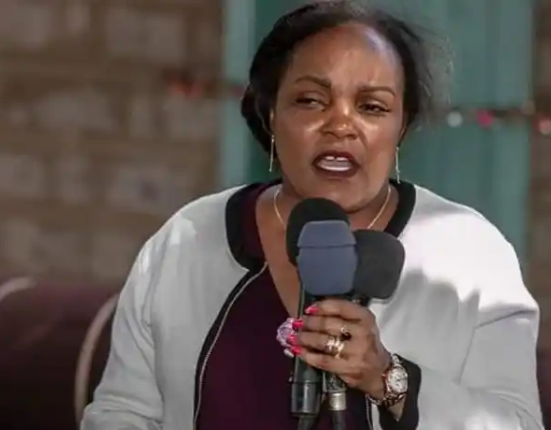 As the Church moved in to enforce its directive that banned politicians from the pulpit on the first Sunday since the order was issued, teething problems that threaten to be a stumbling block to the initiative are now beginning to surface.

It would appear that the clergy failed to consider some realities on the ground such as the fact that quite a good number of political leaders also hold seats in the church leadership.

Such a peculiar scenario was witnessed yesterday after Kirinyaga County Women Representative Purity Ngirici was blocked from accessing the pulpit, only for it to emerge later that apart from being just a political leader, she’s also a leader in her Anglican church.

The Women Representative who addressed her supporters, a section of the congregants and the media after the church service in a sensational outburst outside the church, expressed her displeasure with the entire arrangement.

She revealed that she is not just a political leader, but also the church’s Mother’s Union head, and so, being denied a chance to speak was in a way, denying the mothers of the church an opportunity to speak as well.

Just last week, Anglican Archbishop Jackson Ole Sapit banned politicians from the pulpit. In the dramatic announcement which appeared to catch prominent leaders who were in attendance unawares, he said,

“Nimepiga marufuku wanasiasa kuongea ndani ya kanisa ya Anglican,…in the church, everybody is welcome, but we have the pews and the pulpit. The pulpit is for the clergy and the pews are for everybody who came to worship,”

Archbishop of the Catholic Archdiocese of Nyeri Anthony Muheria also took issue with politicians taking over pulpits in churches.

14 Modern Sofa Designs For Your Home

Disqualified For Love. When a man falls in love or asks a lady out, it simply means this.

" Mikel Arteta Doesn't Know How to Use Him", Pundit Allegedly Reveals Perfect Position for Player