By Jafarmuzik (self meida writer) | 27 days 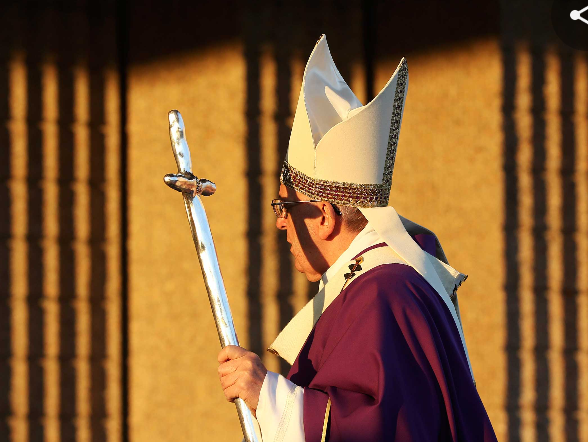 The Pope is a Bishop of Rome, who leads the Catholic Church in the whole world and also the head of the Vatican, the tiny, sovereign, city-state in Rome Italy. Since the first pope was elected in Rome, there have been more than 266 popes who have served as the catholic leaders to date and the latest pope being Pope Francis.

Today we shall have a look on the first pope to resign making a history after 600 years. According to the catholic traditions, the papal post is held until death. Pope Benedict XVI became the first pope in history to step down in 2013 after roughly seven years in office, nearly 600 years after the first pope.

Pope Benedict XVI, who was formerly known as Joseph Ratzinger, was born on April 16, 1927 and was ordained as a priest on June 29, 1951. He became the Catholic Pope in 2005 after the death of Pope John Paul II. He served as the catholic pope for 8 years and resigned in 2013.

According to Pope Benedict XVI, his reasons to resign was his declining health beacuse of his old age. Emmediately the conclave to select his successor began on 12 March 2013 and elected Cardinal Jorge Mario Bergoglio, Archbishop of Buenos Aires, Argentina, who took the name of Francis. Pope Francis has been the Catholic Pope to date since the resignation of Pope Benedict XVI.