What a note found in Late Moi's Bible says

By VictordeEdnan (self media writer) | 3 months ago 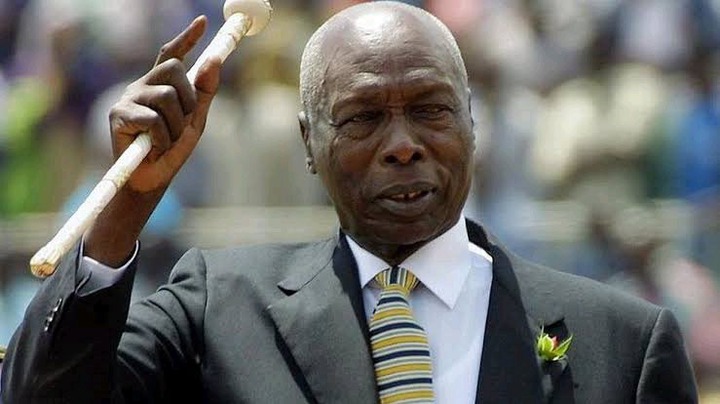 During his 24 year rule, late Daniel Moi attracted both friends and enemies in equal proportion.

His rule was accused of being full of dictatorship especially after he banned multi party democracy in Kenya allowing only one party to rule Kenya.

This attracted many riots and discomfort in the country that would see the likes of Kenneth Matiba and Former Prime Minister Raila Odinga arrested and tortured for trying to call out dictatorship in Moi's regime. 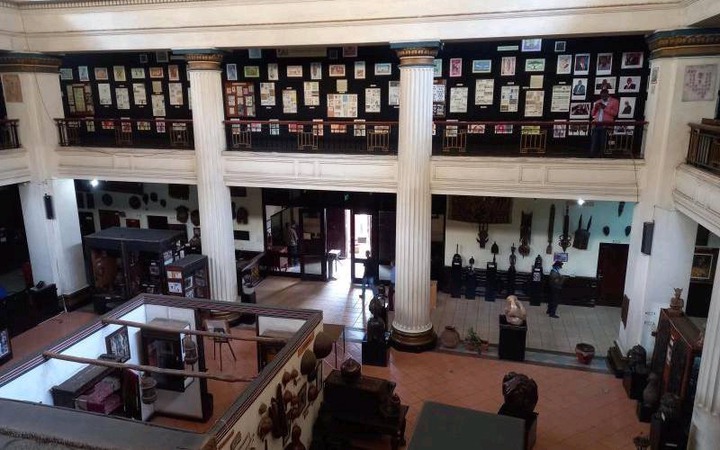 This among other vices during Moi's reign has made it difficult for young Kenyans to tell the real character of late Daniel Moi.

A new twist has today emerged on the real character of late Moi after a note believed to have been written by him was discovered in his Bible.

According to a publication by the Standard today, the note which is now a property of the Kenya Archives describes the Religious nature of Moi that was not known to many.

"Step by step, I will follow Jesus all the way", the note reads as quoted by the Standard.

This statement made by Moi on the note could be an indication that Moi was a religious person contrary to what other people might have been made to believe. 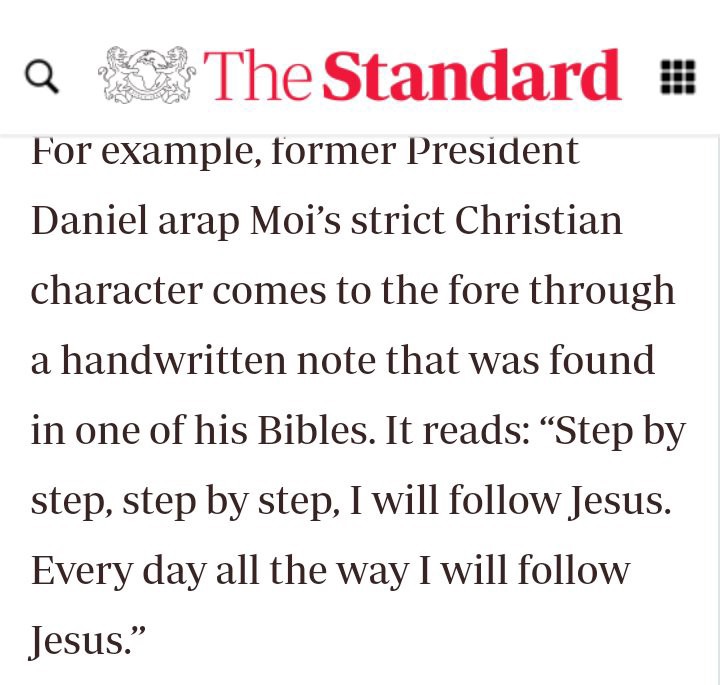 Good News to 14 Counties Affected With Hunger, As Safaricom Plege to do the Following