By Jeropkibe (self meida writer) | 8 days 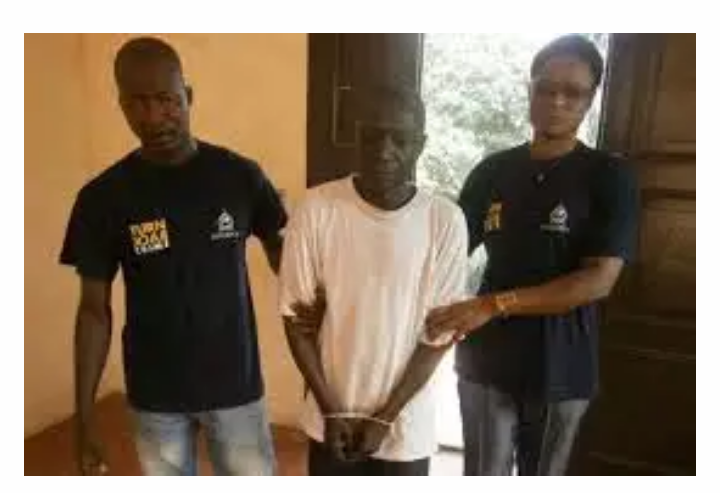 The Ghanaian securities has apprehended a man in the act while trying to kill his last child for ritual purposes.

The rate at which people look for powers and money nowadays to start a church is so alarming, not withstanding most of our today pastors has made church look more like a business place that' s why a lot of people wants to own a church and also be general overseer.

The picture of a 49 year old man who was caught when trying to kill his last child for spiritual powers to start a church of his own was something that got so many people talking withnin the week.

According to the man he said he went for rituals and he was given an instruction to kill his entire family if he wants to become famous, powerful and Start doing miracles, couple with so many members.

After series of investigations was carried out by the police operatives it was discovered that the man in question was a small church pastor, and he usually keep the church in his small palour with few members in attendance, but he decided to be large so he got no option but to sacrifice his entire family

The man was identified pastor koffi Zandu and has been a pastor for so many years according to reports.