By SpecialOne (self media writer) | 23 days ago

Although being born is a choice, everyone who has ever had the chance to live must also die. Many African societies view death as a rite of passage and treat it with equal parts reverence and horror. 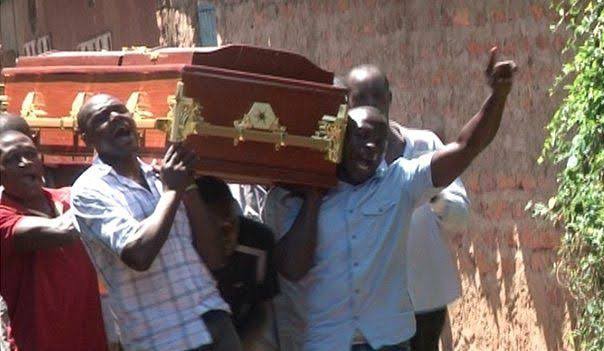 However, how the deceased leaves this world will indicate how the surviving will view him or her. For instance, if someone passes away naturally, they will be respected and the living will be instructed to imitate some of their practises. The tale may be different for individuals who commit suicide.

One Kenyan community claims that originally, suicide was not anticipated and that it was therefore seen as a negative omen. As a result, family members of the man who committed suicide would have to go through the cleansing procedure.

According to a Bukusu elder, prior to the coming of missionaries, suicide was regarded as a terrible omen. The dead person's body must first be Whipped, according community tradition, before being transported too far from the residences. 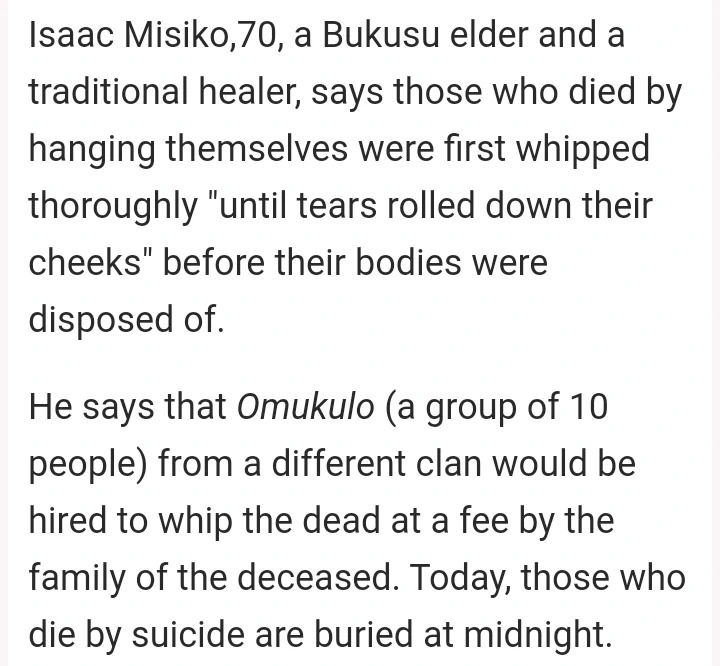 According to Isaac Misiko, a Bukusu elder, individuals who died by hanging were first Whipped until tears began to fall from their eyes before being ultimately disposed of.

However, it appears that when Christianity was introduced, the practise of lashing people who commit suicide by hanging has diminished. However, certain other beliefs, such as not naming the descendants of suicide victims, seem to persist.