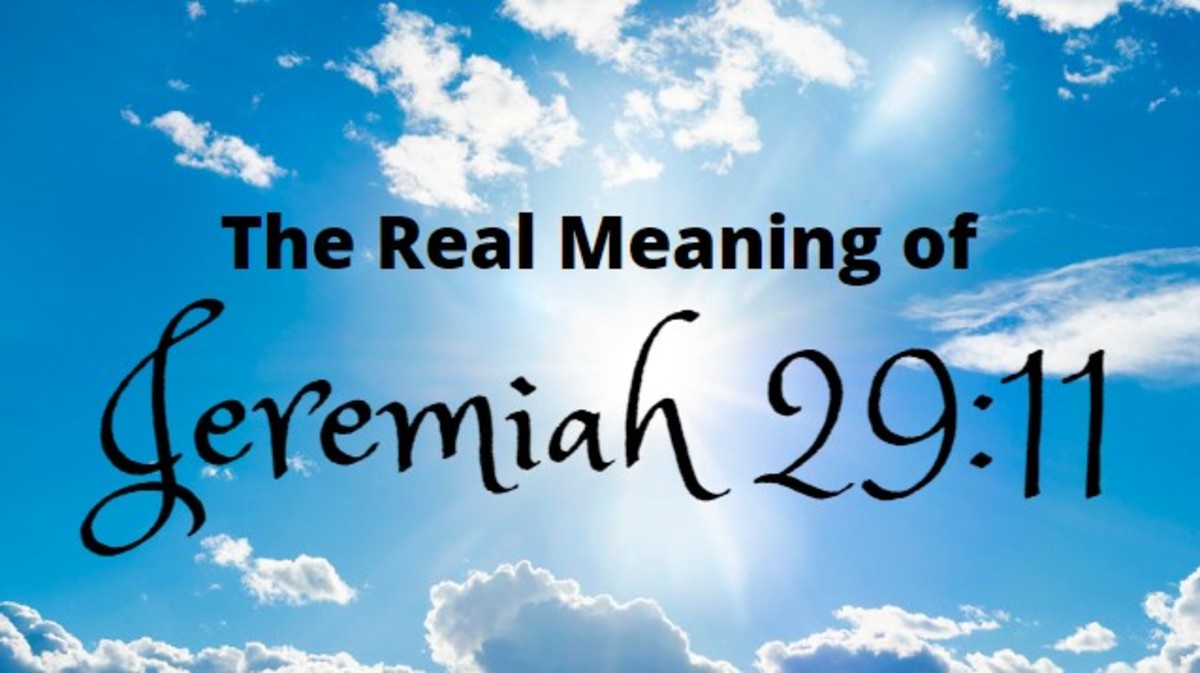 So many people quote and find comfort in Jeremiah 29:11. Focusing only on Jeremiah 29:11 without reading what comes before and what comes after is like eating only gravy while leaving the meat on your plate. To fully understand Jeremiah 29:11, one must know that it is only one sentence in a letter written to the Israelites while they were in captivity in Babylon because of their own disobedience.

Jeremiah 29:1-4 is actually an introduction to the entire chapter. It introduces a letter that is written to two groups of people:

1.People who have been captured to be slaves in Babylon.

2.People who have been left behind in Jerusalem.

The letter that the prophet Jeremiah sent starts with Verse 5. The letter is not to us. Instead, it was sent to the religious leaders from Jerusalem, including the surviving elders, priests, prophets, and all the other people Nebuchadnezzar had carried into exile from Jerusalem to Babylon. King Jehoiachin, his wife, court officials and the leaders of Judah and Jerusalem, skilled workers, and artisans were included in the captivity. No group was exempt from going into exile. However, some people were also left behind.

The contents of the letter begin In Jeremiah 29:5. Through Jeremiah, God tells the exiles not to sit around waiting to be delivered. He advised them to do three things:

In other words, those who had become slaves were to make the best of their captivity because they would be there for a long time. 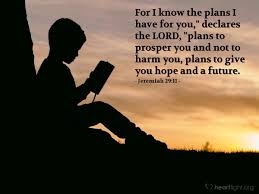 The prophet gives the exiles a warning in Jeremiah 29:8-9. They were warned not to take bad advice from false prophets who were telling them what they wanted to hear. They were also warned to rely on the plans God had for them.

Jeremiah 29:10 is a reminder about God's timing. God tells the Israelites that because of their disobedience they would be in captivity for seventy years. That was not a random time period. That's the life span of a man.

God assured the slave that their punishment would be over after seventy years, and they would be free and prosperous. 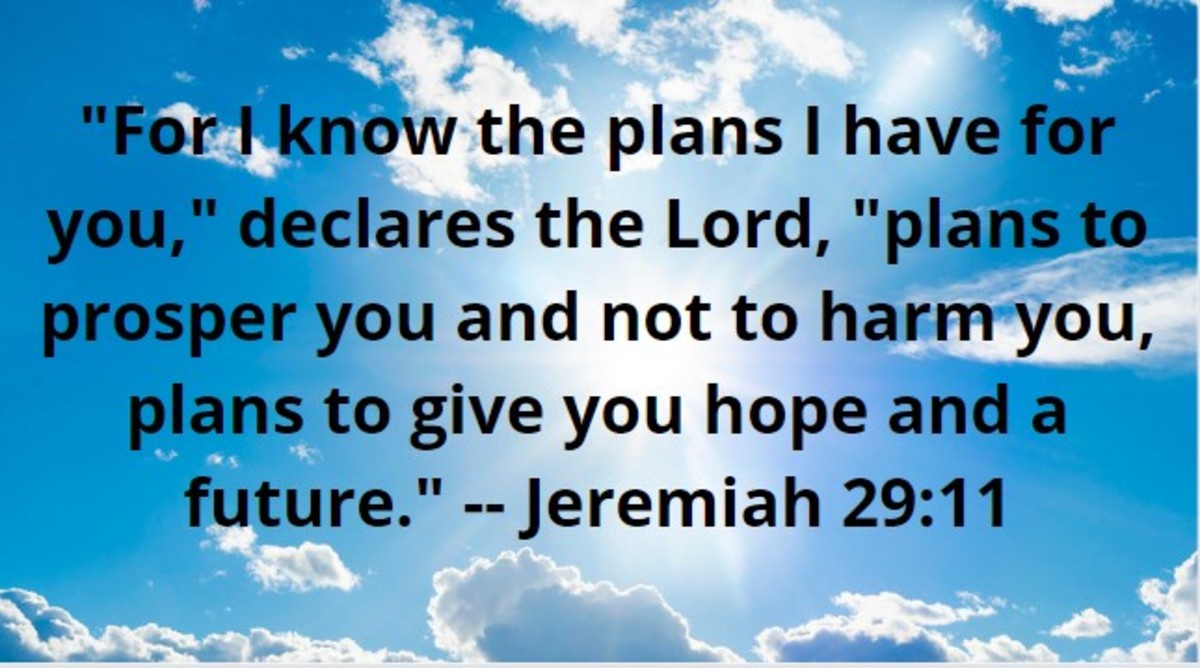 It is only at this point that the focus should be on Jeremiah 29:11.

"For I know the plans I have for you," declares the Lord, "plans to prosper you and not to harm you, plans to give you hope and a future."

This verse comes after God had set the ground rules for the Israelites. We learn the following things about that single verse.

1.God is well aware of His plans for the exiles.

2.God's plans include prosperity for the captors.

3.The captors will not be harmed.

4.God's plans for those in captivity should give them hope while they are there.

5.God has greater plans for the captors after the period of their punishment is over.

6.The period of punishment would be seventy years. 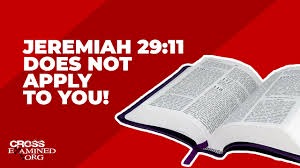 God says He Himself knows the plans and the timing of those plans. His plans include hope and a future, but those particular plans are not automatic. They come with conditions listed in the verses that follow.

The order surrounding Jeremiah 29:11 is this:

3.Letter to Israel with a warning not to sit and do nothing while waiting for deliverance and don't listen to bad advice.

4.They were to rely on God's plan for their hope and a future.

According to Jeremiah 29:12-14a, in order for the Israelites to be brought back from captivity they had to call upon God, pray to God, and seek Him with all their heart.

God had plans for His people collectively to have a future, even in the midst of terrible destruction and exile. Seventy years later, the captors were allowed to go back to Jerusalem. They rebuilt the temple and the city, according to the books of Ezra and Nehemiah. 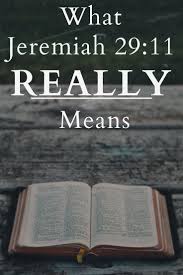 While God surely can prosper individuals and give them hope and a future, this scripture is part of a letter written to the Israelites while they were in captivity and not to us today.

Before you can understand what Jeremiah 29:11 MEANS now, you must know what it MEANT to the original audience. It was written for those in CAPTIVITY; not for those already living in paneled houses with multiple vehicles in their garages.

Jeremiah 29:11 is NOT written to individuals even though most people think so. The prophet wrote the letter to groups of people, and not just to one person. "You" in the scripture is plural and collective for all the captives and not just for one individual.