The generic word "road" is in the Bible hundreds of times. Most of time, the word means a highway or a way to travel. Other times, a road is a way of life. However, this short article is about three popular roads mentioned by their name in the New Testament.

Following the description and story about each road, there are lessons and life applications for each of us to use today in our daily lives. We may never travel on those physical road, but there are spiritual lessons for us. 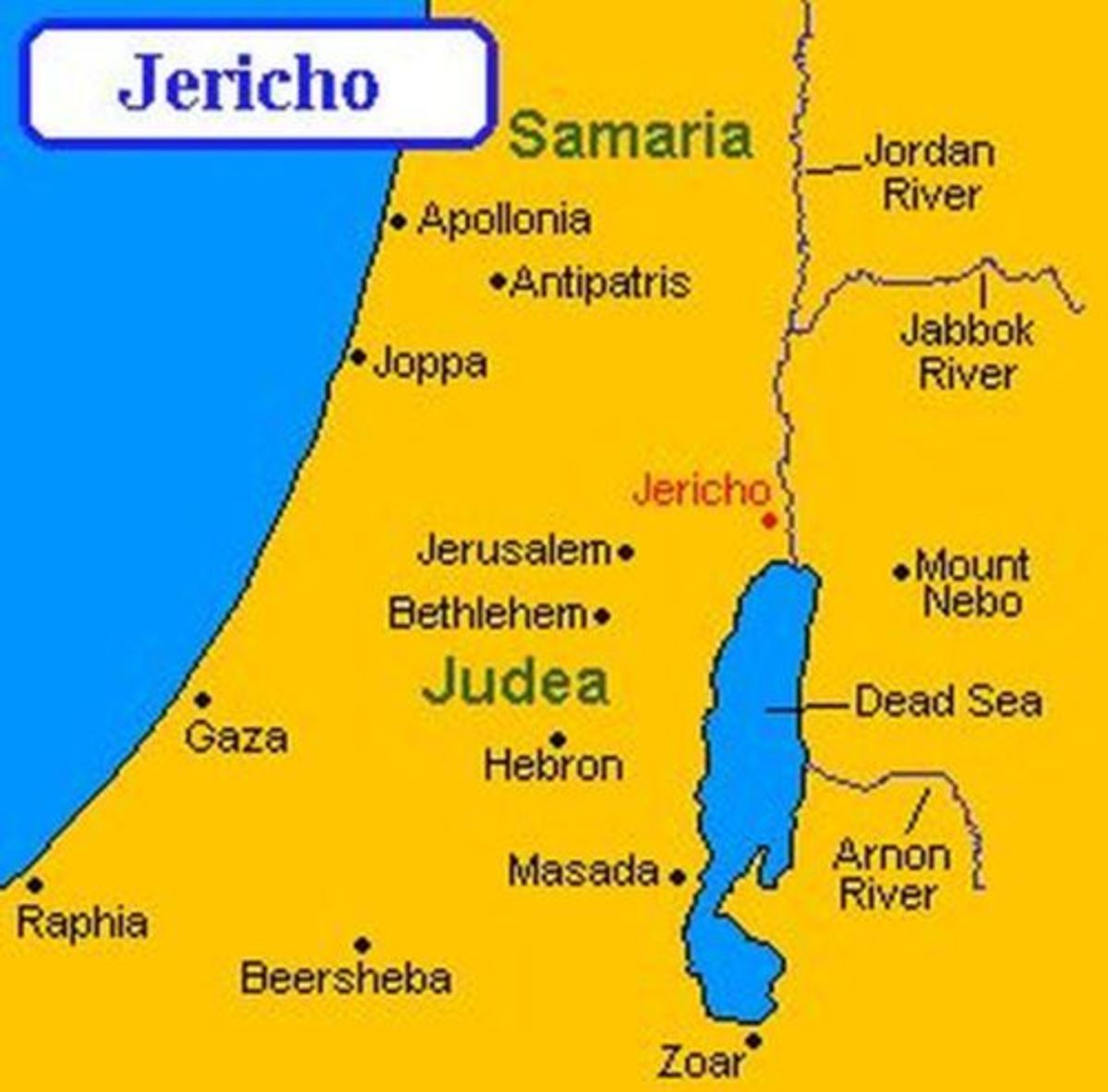 "A man was going down from Jerusalem to Jericho, when he fell into the hands of robbers. They stripped him of his clothes, beat him and went away, leaving him half dead." (Luke 10:30)

Jesus told the parable of the Good Samaritan to provoke His listeners to get the answer to the question: “Who is my neighbor?” After telling the story about the man who fell into the hands of robbers, Jesus wanted His listeners to express what they would have done.

.Would they be like the priest who deliberately passed on the other side of the road to avoid coming in contact with the man who had been beaten?

.Would they be like the Levite who also passed by on the other side of the road because he didn't want to go near the hurt man?

.Or would they be like the despised Samaritan who had pity on the beaten man? The good Samaritan bandaged the man's wounds, put him on his own donkey, took him to an inn, and paid for his care?

Perhaps our stories are not as dramatic, but God gives us many chances to prove to Him that we are good neighbors to people who don’t necessarily live next door to us. Each day God gives us opportunities to prove our love to Him by helping people who might be different from us.

Don't pass by on the other side of the road to avoid being a good Samaritan. Your own Jericho Road experience should be one that is both pleasing to God and helpful to those in need. 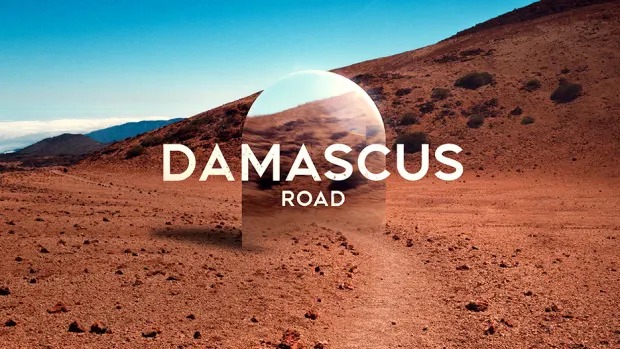 Paul was not always a Christian. However, Paul thought everything he did was right. He was a devout Jew and a Pharisee. When we first meet Paul in the Bible, he was using Saul, his Jewish name. He persecuted the Christians by making their lives miserable. He beat them, spat on them, and even pulled the hair off their heads, from the mustaches, and from their beards. After the death of Jesus, many Christians spread to Damascus to get away from Saul's persecution.

Saul did what he thought was right. He got permission from the high priest to go. He also obtained letters to the synagogues in Damascus so he could take men, women, and children back to Jerusalem as prisoners if they still believed Jesus was the Messiah.

Saul was on the Damascus Road when he had an encounter with the risen Lord. He was blinded for three days. He received his sight immediately after Ananias laid hands on him. He was also filled with the Holy Spirit. He began to preach about Jesus Christ as the Messiah. Soon after his conversion, Saul began to use his Latin name Paul (Acts 13:9), and he was never referred to as Saul again.

For many days Paul remained with Jesus’ disciples, learning all that he could from them. Before long, the man who had persecuted Christians was testifying of Jesus Christ in the synagogues.

We should think of Paul as an example of how God changed someone who was gung-ho against Christianity and became gung-ho for Christianity. God used Paul to teach and preach about the saving power of Jesus Christ. He wrote 13 books that are in the New Testament. Paul gives his conversion story in most of those books. 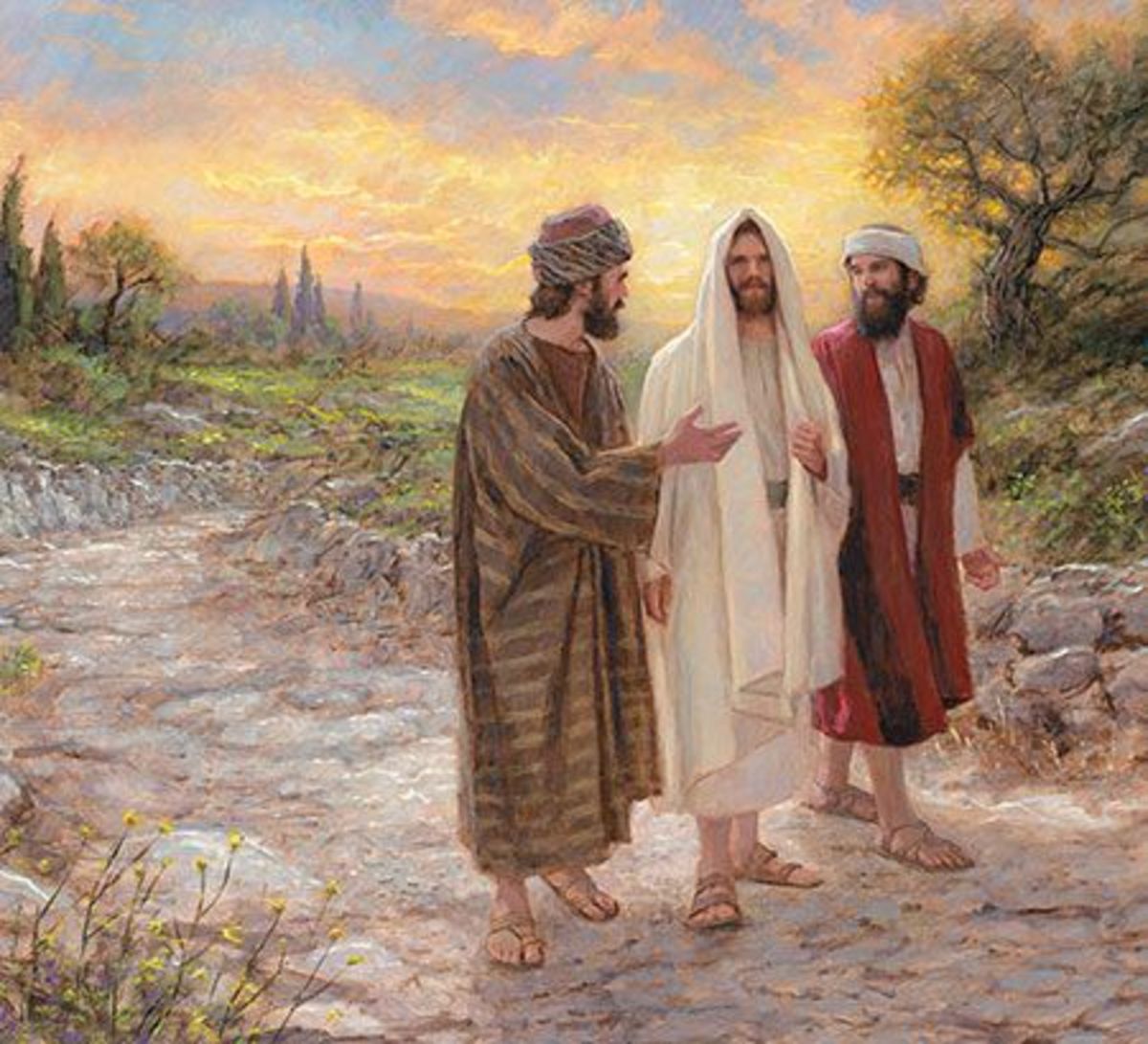 ”Now on that same day two of them were going to a village called Emmaus, about seven miles from Jerusalem, and talking with each other about all these things that had happened. While they were talking and discussing, Jesus himself came near and went with them, but their eyes were kept from recognizing him.” (Luke 24:13-16)

After the death of Jesus, two unnamed disciples walked from Jerusalem to Emmaus. As they walked, they were sad, disappointed, and dismayed because they thought Jesus was the one who would save Israel. They thought he was the Messiah. But now he had been crucified. At that time, that was all the disciples on the road to Emmaus knew. They did not know the complete story. There, they focused on their own sadness and sorrow.

They did not recognize Jesus when he walked alongside them and joined in the conversation during their 2-3 hour journey. They told Jesus the whole story about His own crucifixion. That’s when Jesus called them foolish (Luke 24:25) for not believing all that the prophets had said concerning the Messiah.

After Jesus taught them from Genesis to Malachi, their hearts burned. When he broke bread and ate with them, their eyes were opened, and they recognized Jesus. They got up and immediately went back to Jerusalem to tell the story.

These two disciples went from mourners to missionaries because they had spent time with Jesus. They had walked with Him, talked with Him, had Bible Study with Him, and eaten with Him. Their hearts burned, their eyes were opened, and they rejoiced because they knew the whole story about Jesus’ death, burial, and resurrection.

Like the two disciples, each of us should have our own Emmaus Road experience. If we focus only on the sorrowful things that have happened around us, we will be sad and disappointed.

When we know the whole story, our hearts will burn. We will stop focusing on our own problems after we have spent time with Jesus.

Arsenal Heavily Linked With A La Liga Prodigy: Is He The Mystery Winger?

3 Clear Signs Of True, Genuine Love. Where Are You?

Here is the Latest Provincial Results at 7:00PM as Ruto Maintains Lead