The Famous Church Which is Covered and Decorated With Human Bones

The Sedlec Ossuary is a small chapel located in Sedlec, in the suburbs of Kutna Hora, in the Czech Republic. From the outside you may think that it's just some old medieval church. However once you enter the church you realize why it's so unique. The Sedlec Ossuary is filled and decorated by more than 40000 human skeletons. It is otherwise known as the Church of Bones. 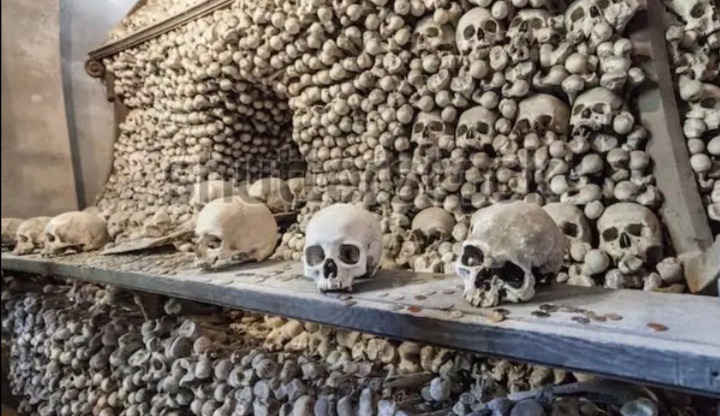 How did this happen?

It is said that a local abbot made a pilgrimage in the 13th century to Jerusalem and brought back some sacred soil to spread across the church cemetery. This made people see it as a very holy place making it a popular place to be buried in.

During the plague that hit Europe in the 14th century almost 30000 victims were Burried in the cemetery. Another 10000 people were burried and more burials were done in the cemetery. People from all over the places desired to be buried in Sedlec, thus the cemetery there had to be expanded.

During the 15th century a Gothic church was built just next to the cemetery and the basement was used as an ossuary. Many bones were moved and stacked in pyramids in the ossuary beneath the church. 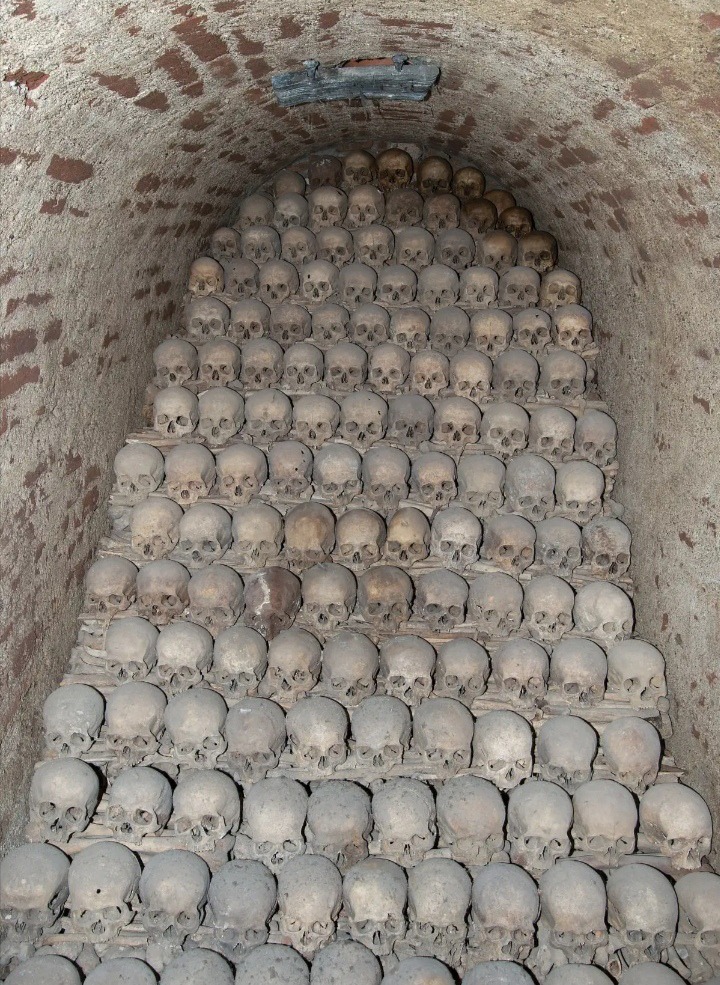 The bones were left there undisturbed until the year 1870 when a woodcarver named Frantisek Rint was hired to place the bones in order. He bleached and curved the bones and used them to decorate the place. The result was shocking and impressive. Rint made chains of skulls to stretch across entryways. Chalices and crosses were constructed from hips and femurs. 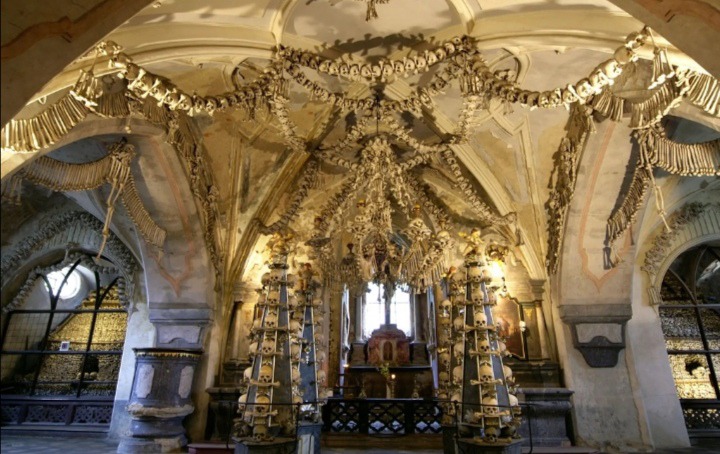 One of the most fascinating artistic works inside the Sedlec Ossuary is the big chandelier of bones that lies in the center of the Church of Bones. The immense chandelier contains at least one of every human bone. 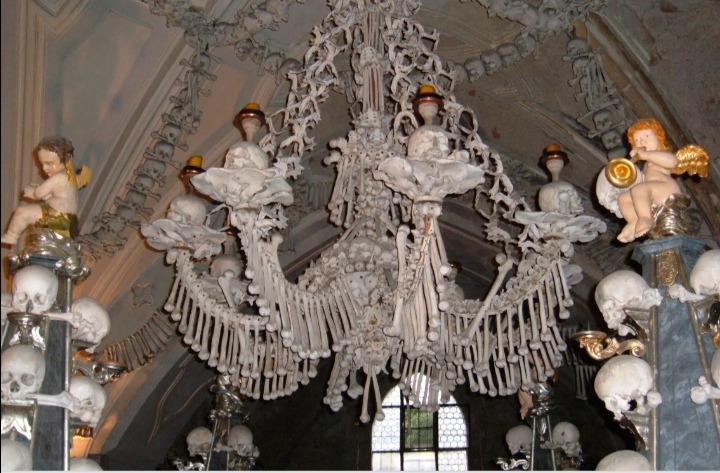 Another impressive artwork is the coat of arms of the Schwarzenberg family that is also made of human bones. 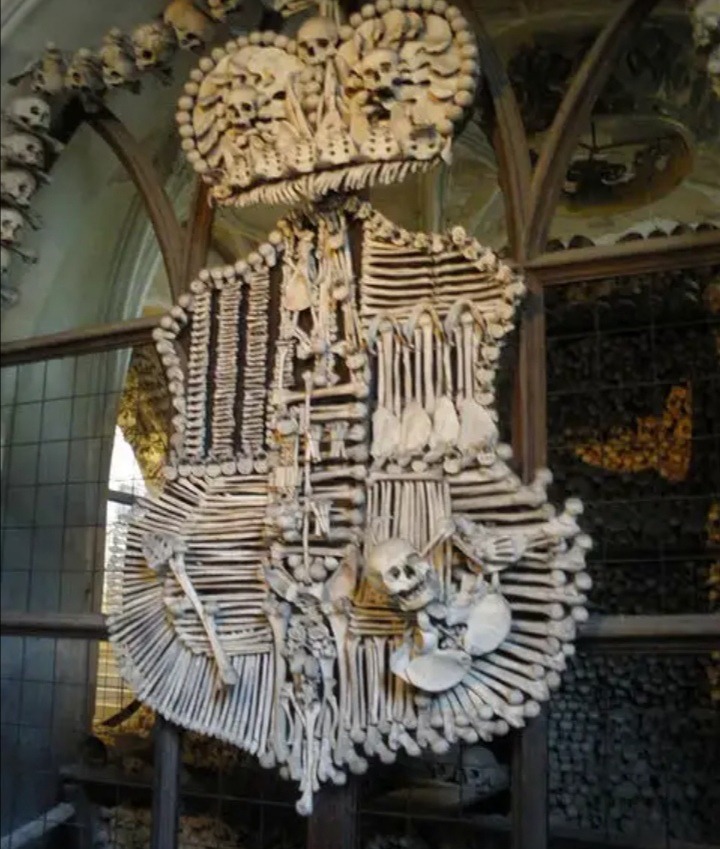 The more than 40000 people wish was to be buried in a holy place and now their bones are in the middle of the chapel.