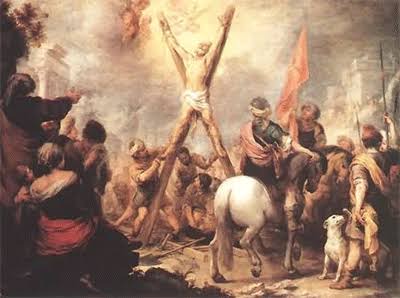 HOW THE APOSTLES and SOME DISCIPLES OF CHRIST DIED:

Apostles and Some of disciples of Jesus Christ, died in painful manner, most of them were killed. Their death shows Christians that people of God goes through a lot of sufferings just for the sake of Jesus Christ and faith.

1. Matthew - Killed in Ethiopia by a sword wound.

2. Mark - died in Alexandria, Egypt, he was dragged by horses through the streets until he was dead.

3. Luke - was hanged in Greece because he was extremely preaching to the lost.

4. John - The only apostle to die peacefully. He was tortured in Rome when there was a wave of persecution in Rome. He was boiled in a huge basin of boiling oil and miraculously survived. He was then sentenced to the mines on the prison island of Patmos where he wrote Book of Revelation (Prophetic Book). He became Bishop of Edessa after being freed where he died as an old man.

5. Peter - He was crucified upside down on a cross. He asked his tormentors to not die in the same way as Jesus Christ had died.

6. James - He was thrown from a 100 feet from the temple and miraculously survived. He was beaten to death by his enemies after they discovered he survived. He refused to deny his faith in Christ.

7. James the Son of Zebedee - He was behaeaded at Jerusalem after he defended his faith at the trial. He was fisherman before he was called by Jesus to serve in his ministry.

8. Bartholomew - He was whipped to death in Armenia because of his preaching. He was a missionary to Asia.

9. Andrew - He was crucified on an X-shaped cross in Greece where his body was tied to prolong his agony. He was whipped severely by seven soldiers before being hanged. It's said he preached for his tormentors for days until he died.

10. Thomas - He was stabbed with a spear in India when he was in his missionary trips to establish the church in the Sub-continent.

11. Jude - He was killed with arrows when he refused to deny his faith in Christ.

12. Matthias - He was stoned and then behaeaded. He had chosen to replace the traitor Judas Iscariot.

13. Paul - He was in jail for a long time and that's where he wrote the epistles to the church. He was tortured and then BEHEADED by the evil Emperor Nero at Rome.

Salvation of our souls is through personal relationship with the Lord Jesus Christ.

Man Beats His Mother Mercilessly Before Burning Her House, Accusing Her of Practicing Witchcraft

Makueni Man, 53 Jailed For One Year For Fighting With Daughter-In-Law