A dramatic scene was witnessed in church after two groups fought over power in Kileleshwa, Nairobi. 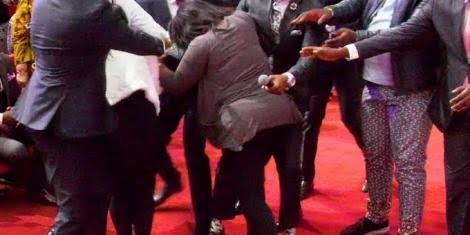 Church service had to be suspended for the better part of the evening as the clergymen from Lavington Methodist Church decided to shift from fighting a spiritual fight to a physical one.

According to the DCI, one of the groups was led by Rev Dr Joseph Kanyamu who was accompanied by about 60 congregants and broke into the church's offices in a move to evict Rev Joseph Ntombura out of office since his term had expired.

The tense situation was later cooled down and church service continued under police watch. 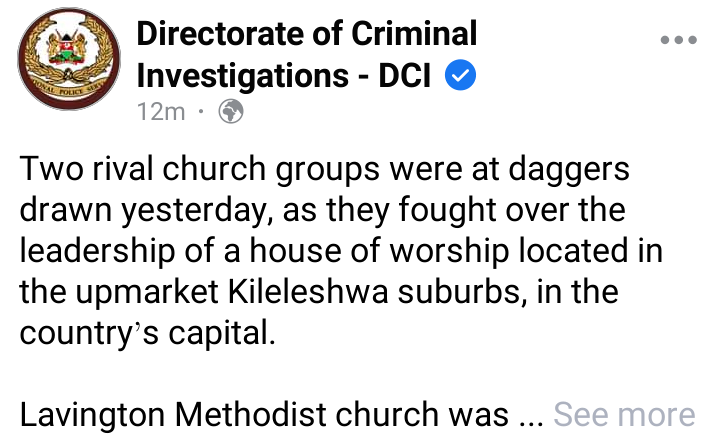