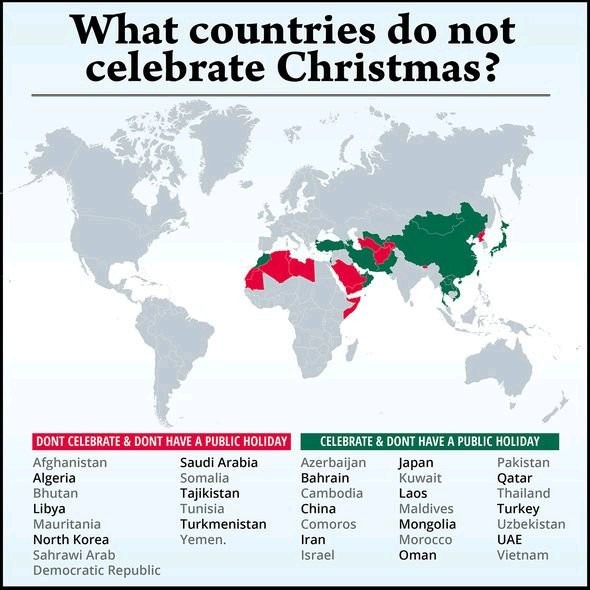 We are in a month of festivities, and people all over the world are celebrating Christmas in a variety of ways. 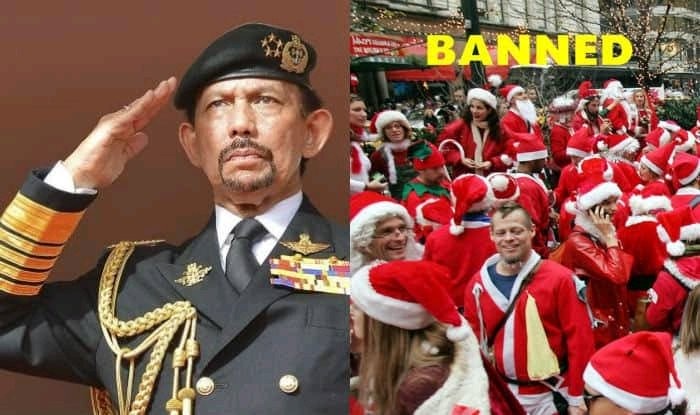 Being a Christian is forbidden in North Korea, so it is also forbidden to participate in any Christian religious celebrations. Therefore, unless people choose to celebrate Christmas as one of their religious rituals in secret, it is completely inappropriate. 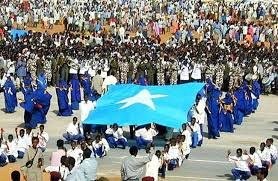 Christian gatherings are completely forbidden in Saudi Arabia. It is very challenging for all Christians to celebrate Christmas because Christians frequently gather on this day. Even though they are permitted to celebrate it privately, Christians still encounter opposition, which makes even their private celebrations challenging. Salman, Saudi Arabia's crown prince, is in charge.

Being a wholly Islamic country and having incorporated Sharia law into their legal system, Christmas celebrations are now completely forbidden. Christmas was outlawed in 2015, six years after the nation first adopted Sharia rule. The government frequently reminds the populace through a special announcement that it is unlawful to celebrate Christmas in order to uphold this law. 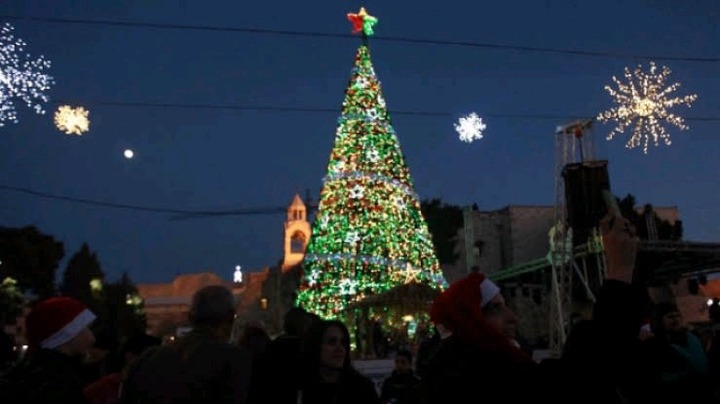 Christmas is "another working day" in China, according to the Daily Express, which also notes that "the country is officially a non-religious state, thus Christmas was formerly absolutely forbidden."

Authorities started "clamping down on Christmas" in 2018, and residents were told to "concentrate on promoting traditional Chinese culture," according to The Guardian.

The Comoros archipelago in the Indian Ocean is strongly opposed to Christianity because it is 98% Sunni Muslim. Following a referendum in 2018, Sunni Islam became the official religion of the country, which according to World Watch Monitor was "anticipated to have a harsh impact on the country's small Christian minority."

According to WorldAtlas, openly practicing Christianity is forbidden, and Comoros has "been on the World Watch list for the persecution of Christians for the previous 22 years."

Since years ago, Christmas has not been observed in this country with a large Muslim population. On the other hand, the nation celebrates its independence day on December 24. The first nationwide election in seven years will take place this year on Christmas Eve as well.

Mauritania's government refuses to acknowledge the small number of Christians living within its borders despite the fact that the country's population is entirely Muslim, according to the most recent census.

Few Christians reside in Mongolia, which is primarily a Buddhist country, and no public holidays are observed around Christmas. The first day of the year is a public holiday, but people also celebrate the Mongolian Lunar New Year, or Tsagaan Sar, over the course of three days at the beginning of the first lunar month.

According to the news website Parhlo, the extremely small Christian population of the nation "remains full of insecurity" about celebrating Christmas and there may be a "threat to the lives of the people celebrating the events."

Pakistan observes a public holiday on December 25 in honor of Muhammad Ali Jinnah's birthday, who is regarded as the country's founder rather than the birth of Jesus.

The Sahrawi Arab Democratic Republic, a partially recognized state that asserts sovereignty over the entire territory of Western Sahara, has a population that is primarily Islamic and does not observe Christmas.

According to Al Bawaba, Christmas celebrations and the use of Christmas trees have been outlawed in Saudi Arabia for many years.

But according to The Arab Weekly, the sale of "Christmas trees and glitter ornaments" in the Saudi Arabian capital Riyadh is "a symbol of the changing times." Mohammed Bin Salman bin Abdulaziz, the crown prince, has stated his commitment to guiding the country toward a "open, moderate Islam."

Tajikistan, a largely secular former Soviet country, banned Christmas trees and gift-giving in schools six years ago. A directive from the education ministry forbade "the use of fireworks, festive meals, gift-giving, and fundraising."

Christmas is not prohibited in Tunisia, but there are very few public celebrations of the holiday and it is a typical working day there.

Despite the fact that Christmas is not observed here, over 10% of the population are Eastern Orthodox Christians. Instead, with trees and gift-exchanging customs, Uzbekistan's New Year celebrations are most like Christmas. It is a secular holiday, nevertheless.

Christmas has not been observed in Yemen, a country that is constantly at war, for many years. According to a report from Euronews, Yemeni residents of the Al-Jahmiliya neighborhood last year lit "hundreds of candles" on December 25 "to draw the world's attention" to the need to put an end to the war in their city Taez.