By Dr.Kibet (self media writer) | 3 months ago

Francis also called Francis I, original name Jorge Mario Bergoglio was born in December 17 1936 at Buenos Aires, Argentina. He is the bishop of Rome and the leader of the Roman Catholic Church. He was the first pope from the Western Hemisphere, the first from South America and the first from the Jesuit order. 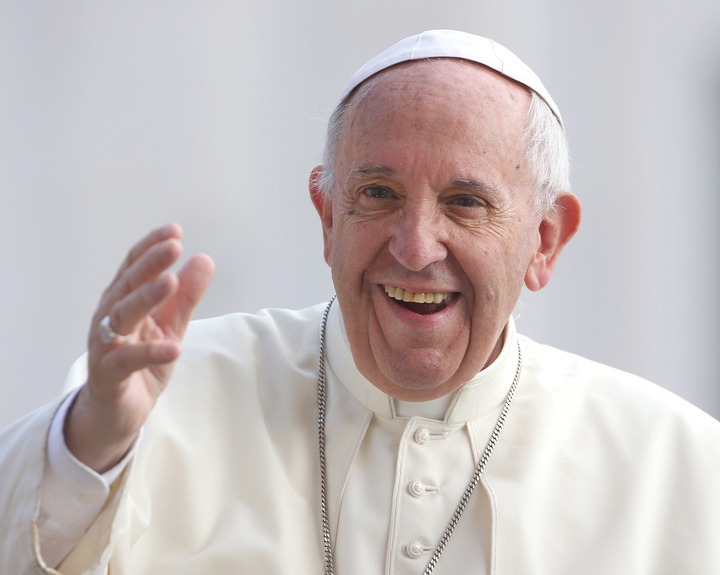 Bergoglio was the son of Italian immigrants to Argentina. After studying in highschool to become a chemical technician, he worked briefly in food processing industry but felt called to the church.

When he was about 21 years old, he suffered a severe bout of pneumonia that led to the removal of part of his right lung. He entered the Jesuit novitiate in 1958 and then turned to academics, studying humanities in Santiago, Chile and earning a licentiate philosophy in Buenos Aires province.

After graduating he taught literature and psychology in highschool while pursuing degree in theology. He was ordained a priest in 1969, took his final vows in the Jesuit order in 1973 and subsequently served as superior (head) of the Jesuit province of Argentina (1973–79).

Jorge Mario Bergoglio became Pope Francis on March 13, 2013, when he was named the 266th pope of the Roman Catholic Church. Bergoglio, the first pope from the Americas, took his papal title after St. Francis of Assisi of Italy. Prior to his election as pope, Bergoglio served as archbishop of Buenos Aires from 1998 to 2013 (succeeding Antonio Quarracino), as cardinal of the Roman Catholic Church of Argentina from 2001 to 2013, and as president of the Bishops' Conference of Argentina from 2005 to 2011. Named Person of the Year by Time magazine in 2013, Pope Francis has embarked on a tenure characterized by humility and outspoken support of the world's poor and marginalized people and has been involved actively in areas of political diplomacy and environmental advocacy.

According to the latest news about Pope Francis, a Vatican spokesman Matteo Bruni stated that "The Holy Father reacted well to the surgery carried out under general anesthesia.”

God is Great, Another Senator Comes in Handy For The Viral Chips Lady