Israel seems to be a country with enemies Left, Right and Center. Only America seems to siding with Israel Incase of any conflict.

But one bitter Israeli enemy is Iran (Persia). For those who are not aware, let me say this for the record: No Arab country is an enemy to Israel. By this I mean: All galf countries including Saudi Arabia and Jordan.

A country that can cofuse one to be an Arab Country but not is Iran. Iranians are Persians. Since they are not Arabs, their bitter enmity with Israel is pegged on settling some old scores thousands of years back.

The root if the story is found in the book of Esther in the bible. This is where we find a character known as Herman, a Persian who was bent to destroy the Hebrews (Israel) simply because Mordecai refused to bow down before him according to (Esther.3:5-6) for it is written:

"...When Herman saw that Mordecai would not kneel down or pay him honor, he was agreed...He scorned the idea of killing only Mordecai. Instead Harman looked for a way to destroy all Mordecai's people, the Jews, throughout be the whole kingdom of Xerxes..."

Do you get that?

The obsession to wipe Israel out of the map is not a today thing when it comes to Iran. It was an idea born of Harman the Persian and carried down the the former president Ahmedinajad. 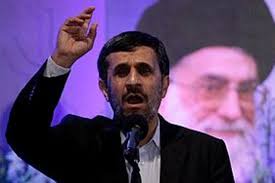 But something strange happened, a Jewes, queen Esther used the power of fasting for only three days to turn tables oh Herman who was hunged on his own gallows he created for Modecai as written in (Esther.7:10) that:

"...So they hunged Herman on the gallows he had prepared for Mordecai..."

He was not only hunged but the king also overturned the decree he had passed to destroy all the Jews.

He not only overturned the the decree, but also empowered the Jews to destroy all who intended to destroy them according to (Esther.8:11) for it is written:

"...The king's edict granted the Jews in every city the right to assemble and protect themselves; to destroy, kill and inhilate any armed force..."

Does this sound familiar?

Yes, America is playing by the Biblical script when President Joe Biden says Israel has a right to defend herself.

And defending themselves they did, for it is written in (Esther.9:5) that:

"...The Jews struck down all their enemies with the sword..."

Is this familiar too?

Yes! What Israel is doing in Gaza you should not be fooled, Israel is not targeting Palestinians, she is striking down Iranian targets installed in Gaza and her network of allies.

This too they are playing by the Biblical script. In the long run, Iran will gather China and Russia to face of for the last time to destroy Israel (at the battle of Armageddon) but they won't prevail against Jehovah who will and is still fighting for Israel todate.

Man Narrates How He Was Conned Ksh 100,000 By Slayqueens Who Drugged His Drink