Why The Ugandan Martyrs Remain Important To The Catholic Church.

Religious differences and discrimination didn't start today or yesterday, it's something that begun in the early ages and has continued to grow upto date. According to the past documentaries we've witnessed christians and other denominations shedding blood in battles against each other. This has resulted to hatred in places of worship and extreme inhumanity.

Today I want us to know much about the Ugandan martyrs highly remembered by the Catholics. This happened during the times of missionary visitors who were converting people to Christianity and Islam. According to the Catholics believe, one who dies fighting for his faith in God becomes a saint. So this is the reason why we always memorize our heroes who died in the battle.

This incident happened during the reign of Kabaka Mwanga the second. The number of citizens who had converted to Christianity was growing higher and this seemed like a threat to his position as the king. The converts had a great influence, educated and aimed at reforming the society something that Kabaka feared would make him lose power. He went ahead to assassinate some of them as a signal to the British colonizers that he didn't want any interference from them.

In May 25th , major and deadly executions were carried out in the order of the king, where twenty two young men were killed because of converting to catholism. They were burned to death at Namugongo and the Catholic church recognizes them as the Ugandan martyrs, youngsters who died fighting for their faith. Among them was St. Kizito the youngest member of the departed souls. 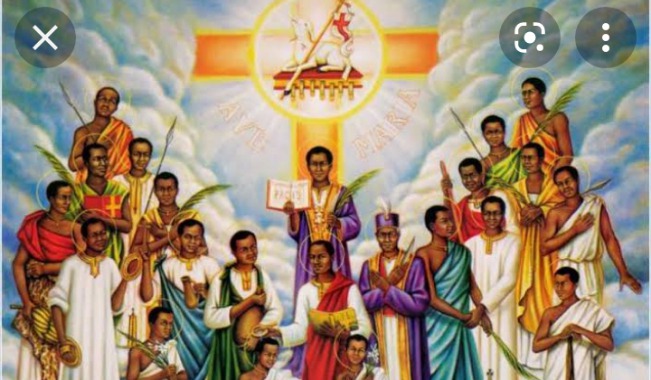 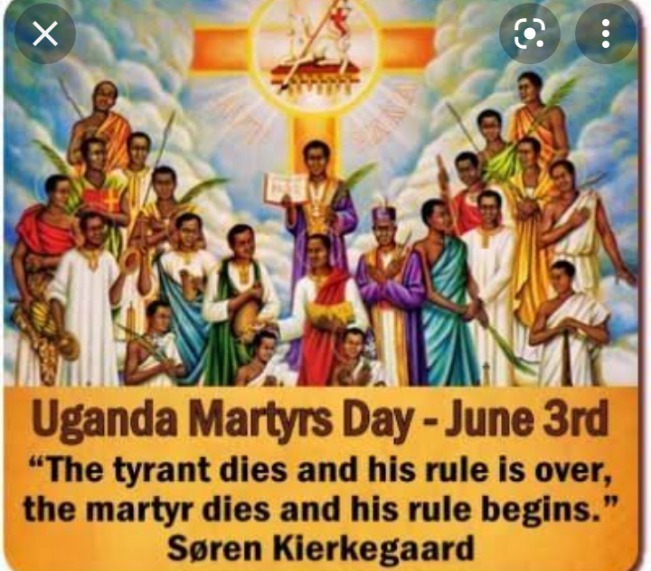 In 1920 Pope Benedict beatified the saints Lwanga, Matiya, Achilleus, Ambrosius and eighteen others and this marked a memorial day for them. Also the church offered to build Basilica of the Uganda Martyrs and it's now a venue for many christians and pilgrimage. In 1993 Ugandan Episcopal Conference built a university and named it in memory of these saints. Another church was also built in Senegal and contains relics of the twenty two young men.

Yes they died in the battlefield, chose to stand with their faith and so did the other saints do. So this is why we always consider them as important and value them as warriors of faith.

Turn of Events as DP Ruto's Key Ally Celebrates Pres. Uhuru as he Wishes Him a Happy Birthday

One Word To President Uhuru Kenyatta as He Celebrates His Birthday