Rastafarians and Ten Little Known Facts About Them

The religious movement was founded in the 1930s in Jamaica. The majority of its followers are rooted in Jamaica but its believed there are around one million Rastafarians around the world.Rastafari began as a social stand against the white and middle-class society by the working-class black community. The foundation of Rasta beliefs is based on the idea of recapturing the African heritage black people felt was robbed from them when they were taken as slaves to the Caribbean. Rasta completely reject Western society. The Rastafari believe they are genuine ancient Israelites.Jamaican socialist Marcus Garvey prophesied in 1927, the black race would be liberated from oppression after a black king was crowned in Africa.The Rasta leader is Haile Selassie I, former emperor of Ethiopia, who was crowned shortly after Garvey's prophesy. Rasta believe Selassie is the Messiah, or the incarnation of God who would lead people of African origin to the promised land. He died in 1975 but Rasta believe he'll return. Before his coronation, Selassie was known as Ras Tafari Makonnen, which is where the movement gets its name. 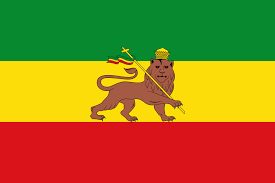 The Rasta religion is based on the text of the Holy Bible but the Rastafari updated the scripture to reverse what they believe is "white power" speak to reflect their deep belief in the importance of honoring African heritage. Africa is the Rastafari version of Zion, or the Promised Land. Rasta believe in preservation of African culture.Rasta believe in the Judeo-christian and refer to their most high as "Jah",The Rastafari believe marijuana, known as ganja, is sacred. It's used to clean the body and mind and brings people closer to God. Ganja sessions are often accompanied by Bible readings. Dreadlocks are another symbol of the Rastafari as they believe in letting their hair grow long without cutting. 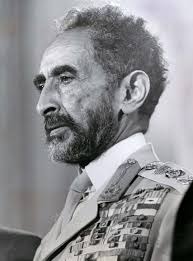 Rasta believe in communal living and in eating "Ital", which comes the word "vital". Rastafari refuse to eat processed foods and red meat. Most Rastafari eat vegetarian, vegan and natural foods.Bob Marley is the most famous Rastafari. He brought Rastafari to the American masses in the late 1970s and early 1980s through reggae. His lyrics are full of Rasta doctrine and spirit. 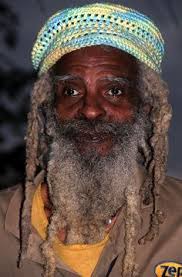 Rastafari do not like the use of "isms" or "ians" as they believe it represents oppression from the Western culture, meaning the terms "Rastafarian" and Rastafarianism" are not embraced by Rasta.

What is dyspareunia and how it affects women.

Six Body Parts That Women are Attracted to in Men, 4 Will Leave You Wow

Avoid This Kind Of People In Relationship, They Are Not With You To Stay