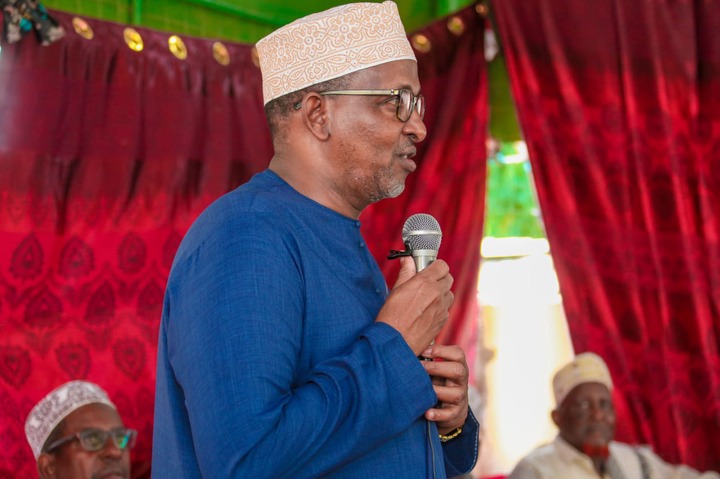 After Kenyans and particularly Catholics faithful's ganged up on Garissa Township MP Aden Duale for referring to Catholic church as a cult why making comparison of ODM structures, he has finally bowed down to the pressure and apologized.

Through his twitter handle, Duale apologized clarifying what he categorically meant by the utterances that he made on live television where he was hosted by Citizen TV Jeff Koinange on JKL Live alongside National Assembly Minority Leader Hon.John Mbadi.

According to Duale his remarks were not meant to refer to Catholic religion as a cult. He said that he respects all regions and especially Catholic Church with its elaborate structures and their teachings. 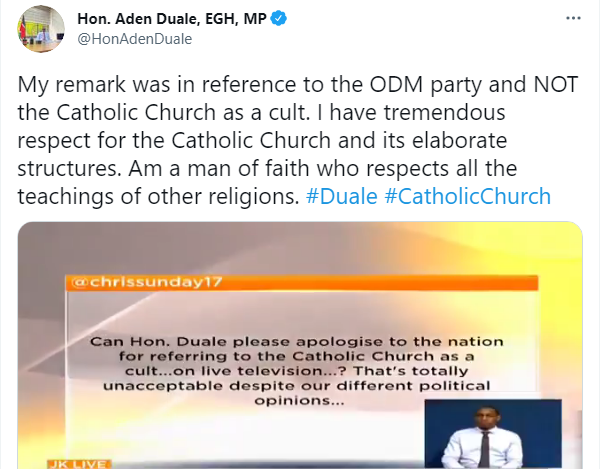 Duale who is a diehand supporter of Deputy President William Ruto used the analogy to comparing ODM as a party that only wants to force Kenyans to accept it just like Pope in Vatican allegedly forces Catholic faithful's to follow its structures without questioning.

However, his apology was not well received by Kenyans with some saying it was too late as the damage had already been caused.

@MuliFrank Too little too late unfortunately. There are things you can’t just talk about.

@epae_3 This is not an apology

@Wakabando Had praised your frankness. Hadn't watched full clip, now I have. Just apologise without justifying the slip. You likened ODM 'cult' to Catholic Church, then you so defended a "leaking" IEBC. Both erroneous. Pls avoid matters of FAITH in politics it's fluid, divisive, sectarian.