By Melkynews (self media writer) | 3 months ago 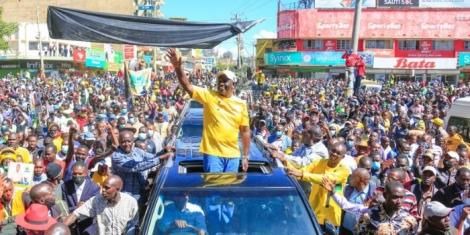 On Saturday, January 22, Deputy President William Ruto's event in Makueni County was plagued by confusion, when the DP and his allies went in to find empty seats.

Congregants of the AIC Kathonzweni Church arrived late, so Ruto had to wait longer than he had planned.

While the DP waited quietly in the deacon's office, the church management rushed to mobilize people. As more people arrived, the worship team took over as the leader of the service.

Ruto arrived at 9 a.m. to commission a bus that had been paid for via a Harambee drive.

Local officials said that UDA grassroots mobilizers charged with organizing the rally clashed, resulting in the formation of split organizations.

According to reports, a brawl broke out between the separated sides, causing the event to be postponed. When contacted for comment on the matter, the DP's Director of Communications was unavailable.

Despite this, the function went ahead as scheduled, with the DP remaining silent on the subject.

"Even as we compete, we must remember that God will eventually choose the future leader of our country based on the prayers, votes, and support of Kenyans," the DP remarked.

"As leaders, we must strive to bring Kenyans together." The electorate is well-informed and, as a result, will be able to make the best decision possible when the time comes," he continued.

Ruto took a shot at Raila Odinga, accusing him of relying too heavily on his and former Vice President Kalonzo Musyoka's support.

"I have no problem with anyone; I aided Raila when he was Prime Minister, but it came to a time where I saw he did not love God; I became exhausted and surrendered to Kalonzo, who pushed until his hair receded," Ruto ridiculed Kalonzo.

Kitui Governor Charity Ngilu was irritated by his views and warned the DP against disrespecting the local Ukambani region leaders.

"The difference between Stephen Kalonzo Musyoka and William Ruto is that one is very honest and the other is not." Kalonzo is a trustworthy and dependable individual who has worked tirelessly to promote peace in this country. As a result, comparing the two is equivalent to comparing day and night," she explained. 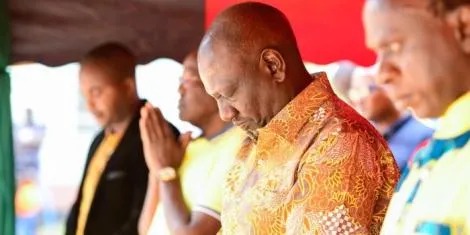