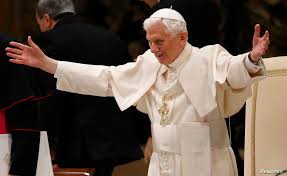 Roman Catholic Pope don't use their names that they were named when they were born but choose new names because traditionally it means the pope is likely to send a message about what type of leader he hopes to be.

Pope Francis took over the papacy leadership in 2013 after Pope Benedict XVI resigned due to health issues. He is the current Catholic church pope in the world who appoints Cardinals, Bishops and Archbishop.

He is the current Catholic Pope after succeeding Pope Benedict XVI in 2013. His original name is Jorge Mario Bergoglio. He became the first pope from Western Hemisphere and from South America.

Until his death in 2005, John Paul II led the Roman Catholic church for 27 years. His real name is Karol Jozef Wojtyla.