Christ The Rock Of Ages

By Gashbrian (self meida writer) | 23 days 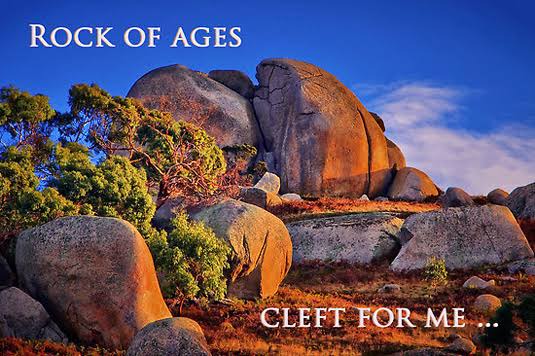 In my previous article I did talk about the potency of the stone.All through we have seen how potent the stone is.It is the same stone Nebuchadnezzar saw in a dream.Daniel reveals the dream to him and tells him that he saw an image being smote by a stone.

The stone was cut out without hand and smote the image, and that brought an end to the image.This stone is the source of your power and it is your power against your enemies, power to work miracles and to do all things as the bible has said in the book of Luke 10:19 that:all the power of the enemy: and nothing shall by any means hurt you. 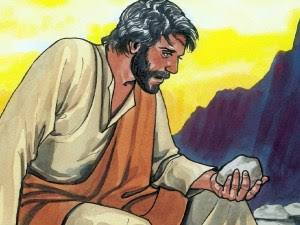 This story will not be complete, if we talk about the stone without talking about the lord Jesus himself. This is the same stone that Jesus refused to turned to bread when the tempter came to him.

Matt 4:3And when the tempter came to him, he said, If you be the Son of God, command that these stones be made bread.

Matt 4:4 But he answered and said, It is written, Man shall not live by bread alone, but by every word that proceeds out of the mouth of God.

Nobody can reduce the power of the stone because the stone is immortal and divine. Attempting to destroy the stone will only lead to your own destruction.

What is this stone?

We have been talking about the stone and its potency, but what is the stone?

Now listen carefully, when the children of Israel were going through the wilderness, something happen, they were thirsty and they cried unto Moses. And Moses and Aaron go before God and God said:

Num 20:7And the LORD spoke to Moses, saying,

Num 20:8 Take the rod, and gather you the assembly together, you, and Aaron your brother, and speak you to the rock before their eyes; and it shall give forth his water, and you shall bring forth to them water out of the rock: so you shall give the congregation and their beasts drink.

The Lord said to Moses, speak to the rock and say rock give us water, and the rock shall give you water. But because of annoyance Moses decided to strike the rock rather than speaking to the rock, thereby defiling the rock before the children of Israel. This same rock is the rock of ages; the rock is God himself.

There is no difference between Rock and stone, the stone is a little version of rock, both rock and stone are of the same nature, the rock is the bigger stone. The stone was cut out of the rock.

The stone is the one that was cut out of the rock of ages that give the Israelites water in the wilderness, and the rock is the Lord himself.The stones are his words. That is why we say the word of God and God are the same because the word came out of God.

Jesus refused to turn the stone to bread, but do the ministers of today do likewise?It is upon you to reason and have a bigger picture of what am trying to imply here.I pray that God will forgive us who are ministers and are taking advantage of the offerings and tithes being offered in church.

Heb 4:12For the word of God is quick, and powerful, and sharper than any two edged sword, piercing even to the dividing asunder of soul and spirit, and of the joints and marrow, and is a discerner of the thoughts and intents of the heart.

And the book of Revelation 1:16 said his word is as: Rev 1:16And he had in his right hand seven stars: and out of his mouth went a sharp two edged sword: and his countenance was as the sun shines in his strength.

In conclusion,the word of God will always will always make you prevail against the devil and his agents.The word of God is the rock of ages,the stone that was rejected as a cornerstone of the church.It is the same rock that has brought salvation to man.Given all the authority in heaven and earth,he has now bestowed the power onto us and instructed us to go out to the nations and spread the good news.

What a mighty rock?The rock of ages.The cornerstone that was rejected by the builders.It has now become the foundation of the church.The way,the truth and the life.He who now is the son of God seated at the right hand of the father,he is the rock of ages.

What a wonderful God we serve.He is not a scam and he is not a joke.Let as adore him,let us serve and worship him all the days of our life.

Content created and supplied by: Gashbrian (via Opera News )