The so-called "Jesus footprints" on a rock in Gevera hamlet, Vihiga County, have attracted more visitors than any other tourist attraction site in the area, for reasons that are either purely superstitious, deeply religious, or otherwise beyond human understanding. 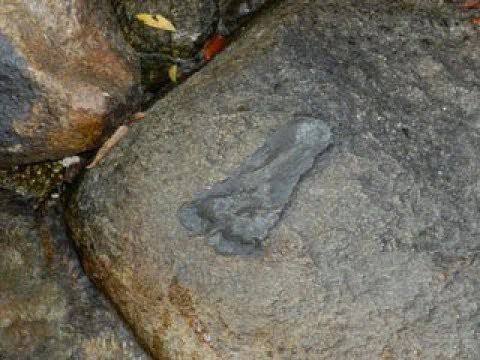 It is said that the rock contains the mysterious river of life.

In an interview with the Standard, Rasoha Kavai, a local farmer, described how he had been on the point of death before he was revived after washing his face in the water.

Legend has it that in 1965, a guy named Peter was found praying on top of the rock. Locals came around him as he prayed out loud, and he began to preach to them. Concerned, the locals asked where he was from.

The man said, "Jesus Christ showed me the footprints on top of the mountain while I was resting on a mission.

Rev. Simon Muhindi, a theologian, argues that the people's belief that the footprints are Jesus' is based on indoctrination from early childhood and cannot be disproved by scientific evidence.

As part of its efforts to attract more tourists to the area, the Vihiga County Government has announced plans to build a monument there.