By SamMunyaka (self media writer) | 1 year ago 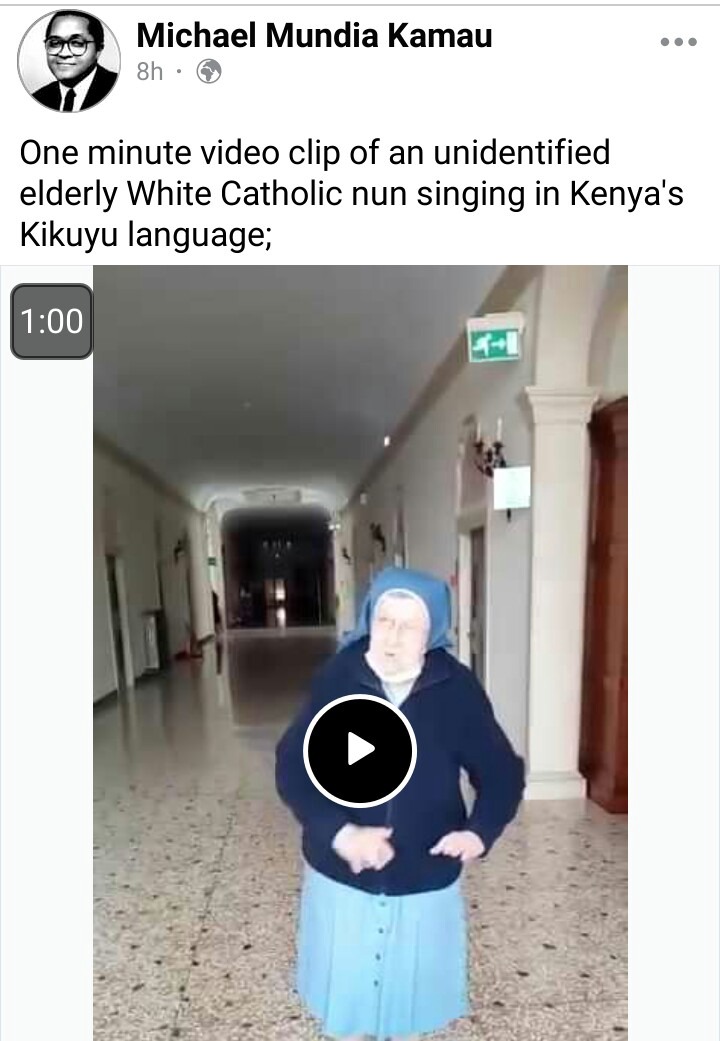 A one minute video clip of an unidentified Catholic nun singing in Kikuyu dialect has surfaced online.

In the video which has since surfaced online, the woman is seen moving with rhythmic steps while singing.

Whether she is based in Nairobi or Vatican is still not clear. But according to one fan who responded to a question, the nun is alleged to be living in Nairobi.

In a similar case, Father Romano who jetted in Kenya back in 1971 is a white priest who has been ministering the word of God ever since.

He was ordained as the father three years ago and later posted to Narumoru. Apart from his English preaching skills, the 80 year-old father has the capacity to speak fluent Kikuyu. 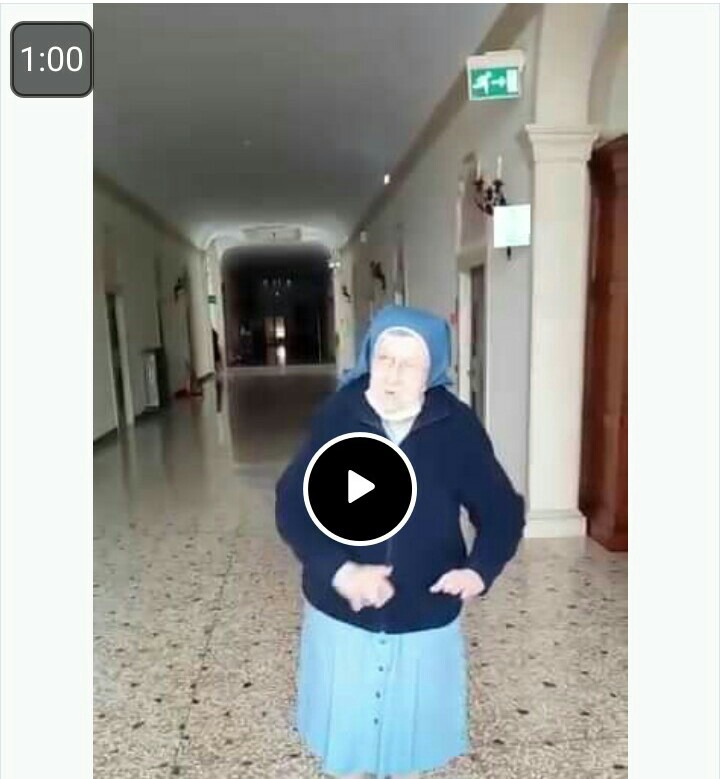 Reports have it and according to the standard, he conducts some of the masses in Kikuyu language, something that earned him the name "Murithi."

Residents describe him as a kindhearted priest who is always in a position to help where need be.