Church Leader In Trouble For Possessing A Stolen Item

By Carenjeptoo (self media writer) | 4 months ago 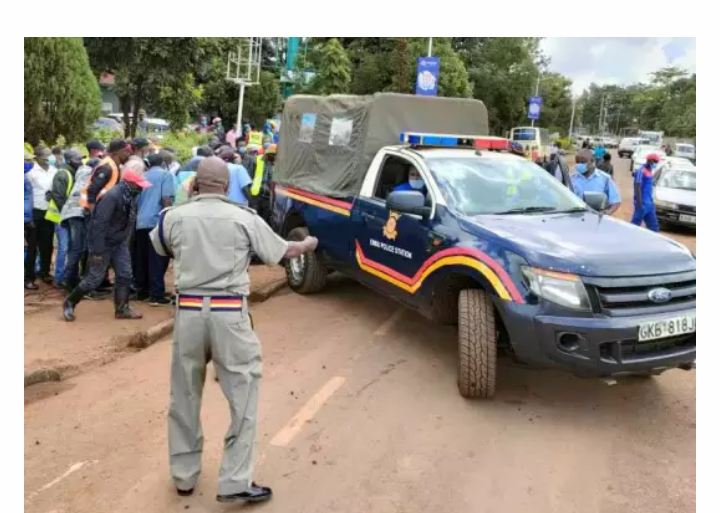 John Ndegwa, a Junior pastor to a Protestant church in Kiambu in trouble after he was found in possession of a stolen phone. The man who takes care of church activities was today arrested by police officers while on his way to Kiambu town. He claimed to be on his way to town where he was to meet with some of his colleagues.

The man who looked confused might have not known why he was being arrested until the police officers in civilian clothes introduced themselves to him. They told him that he was to accompany them to the police station because he was in possession of a stolen item which they have been tracking for some time now.

The man tried to resist the arrest after claiming that he was assisted with the phone by one of his friends who lives in his neighbourhood. He was then asked to help locate the person who had given him the phone.

The man was found at a local brewery while enjoying his drink and he was said to be an ex- convict who was released in the year 2019 after serving a 6 months jail term for causing disturbance at a local bar.

According to the police officers, the phone went missing during a robbery incident which took place at a wholesale in Kiambu town where the shop owner was robbed off his goods at a gunpoint. The robbers took off with a huge amount of money together with goods worth sh 200, 000 shillings which had just been restocked some hours before the incident.

The two have now been taken to the police station to record a statement. The robbery victim has also been called to the station to try and identify the two suspects. Lack of job opportunities for the youths have been the main reason for many robbery cases in the county.

Tears Of Joy After Kidnapped Tycoon Resurfaces After Five Months

Man Returns Home After Five Months Since His Abduction

I Will do Something, Fearless Activist Boniface Mwangi Dares Sonko To Send Him The Clips