By KenyaNews.Co.Ke (self media writer) | 2 months ago 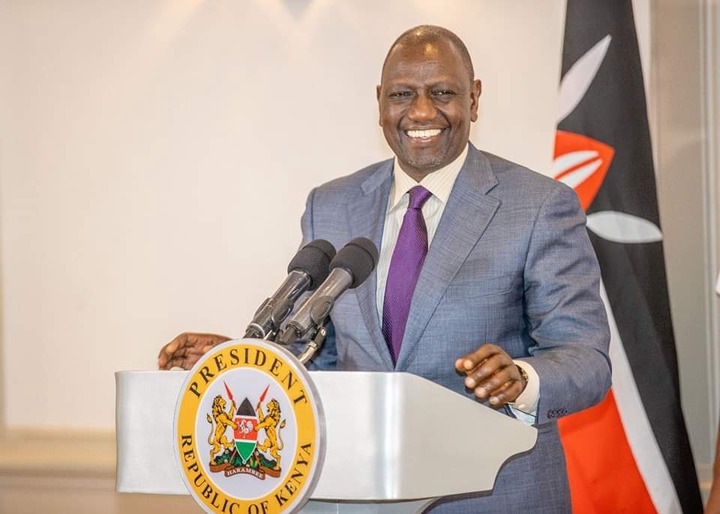 Senator Ledama has made a religious demand to President William Ruto after he observably noted the Godly nature of the 5th government. Both the President and his deputy Rigathi have shown their love to God and the same applies to the first lady and Mama Doricus. It's due to this reason that Ledama has now urged the president to set up an extra office that will cater to the interests of Christians.

In a statement on Twitter, the legislator disclosed that the State House has allegedly been extended to a Church, a move he says can help initiate a program to help other faithfuls.

According to Ledama, the President needs to set up an office named Faith-Based Initiative under the PDU to support churches. He noted that the Maa community suffers a shortage of Churches and that barely 4000 such facilities are available. He added that orphans, widows, and those living in poverty benefit from such amenities.

Ledama's remarks are a result of the President dedicating time for prayers. After he was confirmed by the Supreme Court, Ruto revealed that his victory was by God's grace, and that were it not for the prayers, then he wouldn't have managed to clinch the presidency. 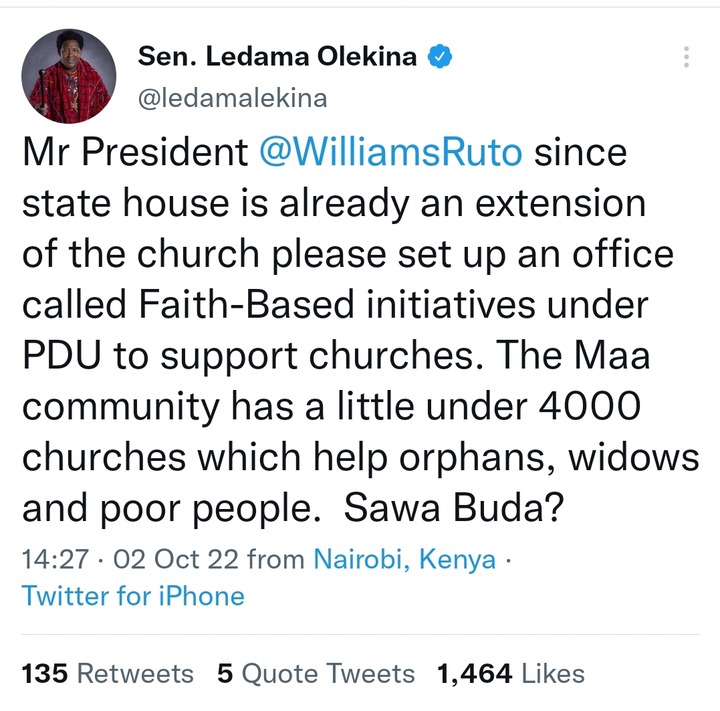