Musalia Mudavadi Announces the Death of a Renown Archbishop 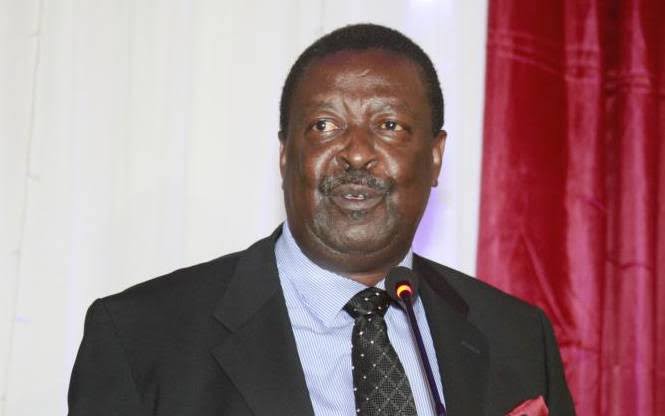 Amani National Congress (ANC) party leader and former vice president Musalia Mudavadi has announced the death of one of the senior archbishop in the country.

Taking to his Twitter account, Musalia Mudavadi announced that Archbishop Byrum Makoha who is also the founder of the Church of God in East Africa has passed on. 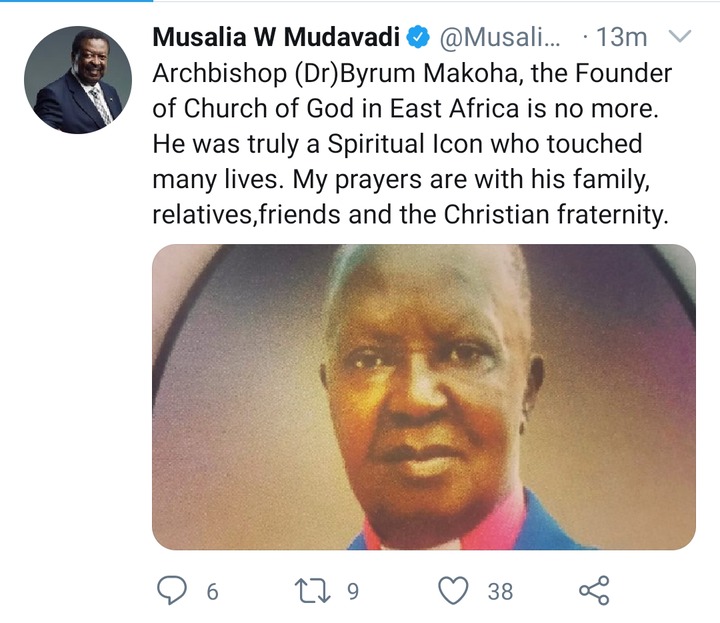 Musalia mudavadi also noted that the letter was truly a spiritual religious leader and by that he touched several lives several lives of Christians.

He has since wished the family of the late, his friends and the Christian fraternity strength and Peace during the Mourning period.

"Archbishop (Dr)Byrum Makoha, the Founder of Church of God in East Africa is no more. He was truly a Spiritual Icon who touched many lives. My prayers are with his family, relatives,friends and the Christian fraternity."

The late came into the limelight during his controversial wedding to a 35year old lady when pastors and christians attempted to stop the wedding.

"The controversial union of 85-year-old archbishop of the Church of God in East Africa and a 35-year-old woman was on Saturday met with objection as faithful, including some pastors, attempted to stop the wedding,"a local newspaper notes. 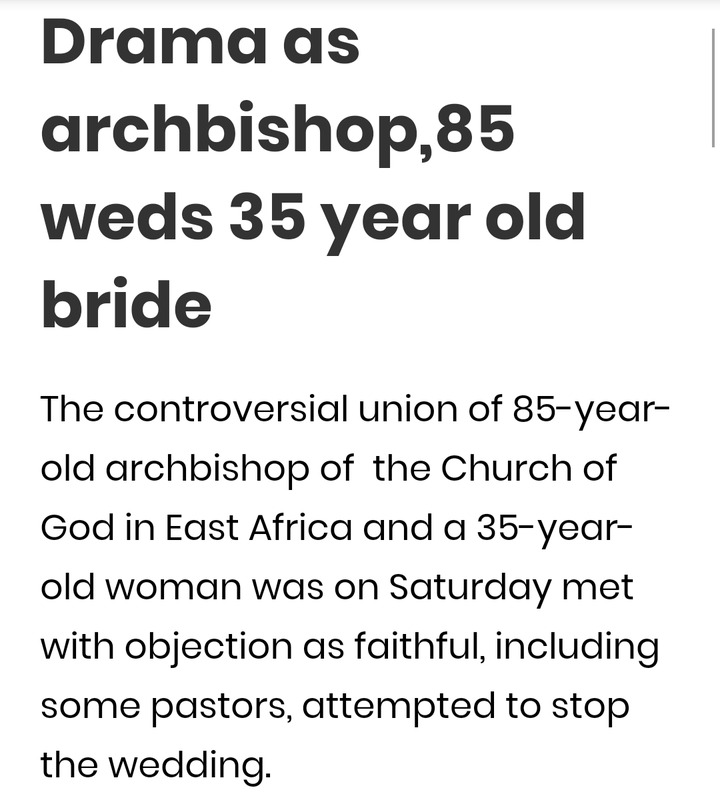 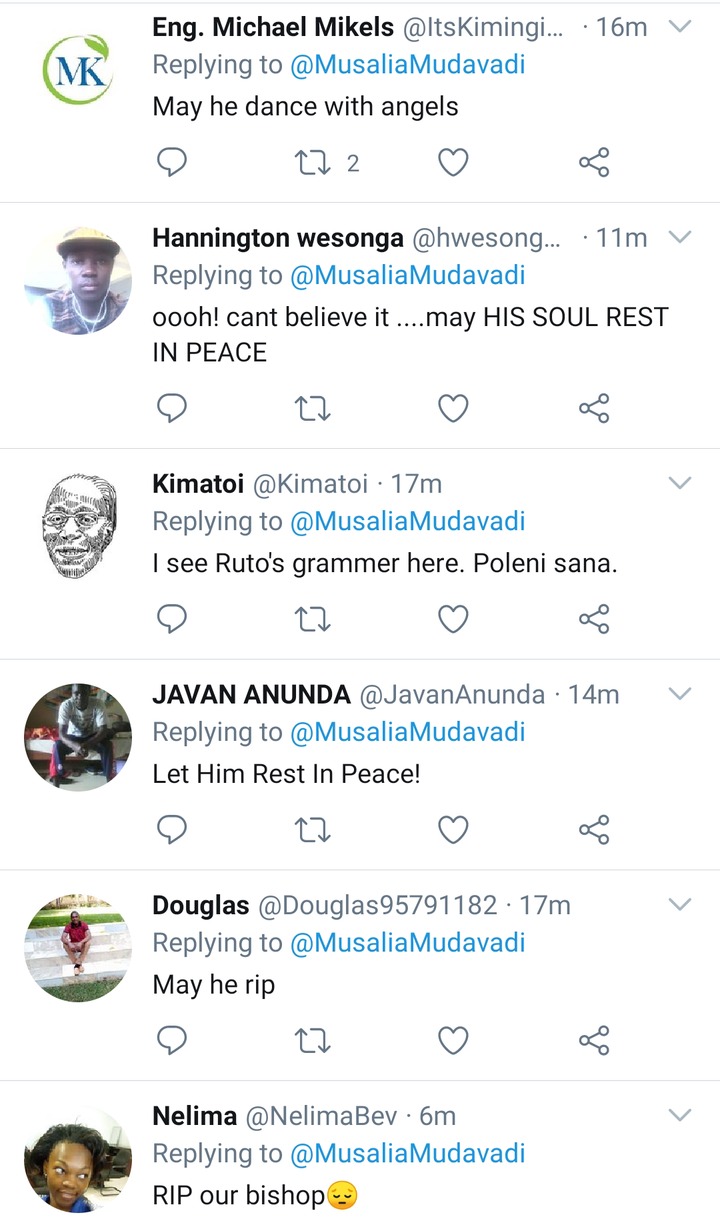