By KiprutoCollins (self media writer) | 3 months ago 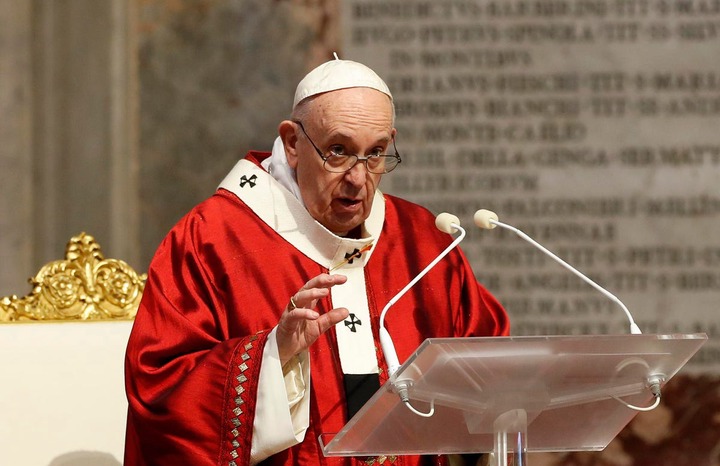 During his weekly general audience on Wednesday (26 January), the head of the Catholic Church Pope Francis stated that parents should not condemn their children who have come out with a different sexual orientation. 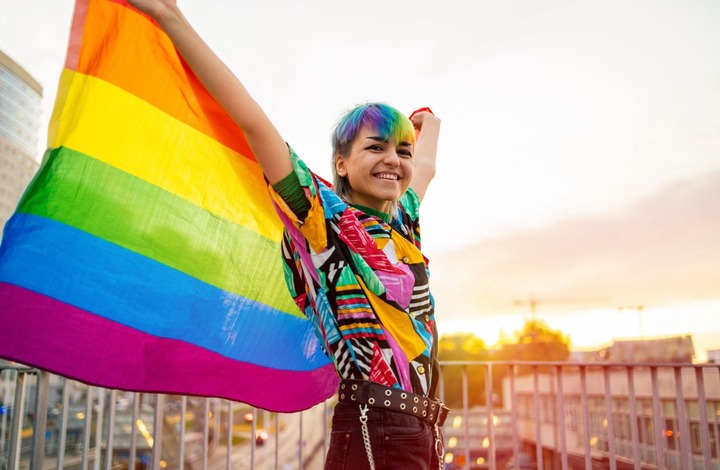 He urged them to accompany, support the children and not hide behind a condemning attitude.

"Parents who see that their children have different sexual orientations, how they manage that and accompany their children and not hide behind a condemning attitude, Never condemn a child," Pope Francis stated. 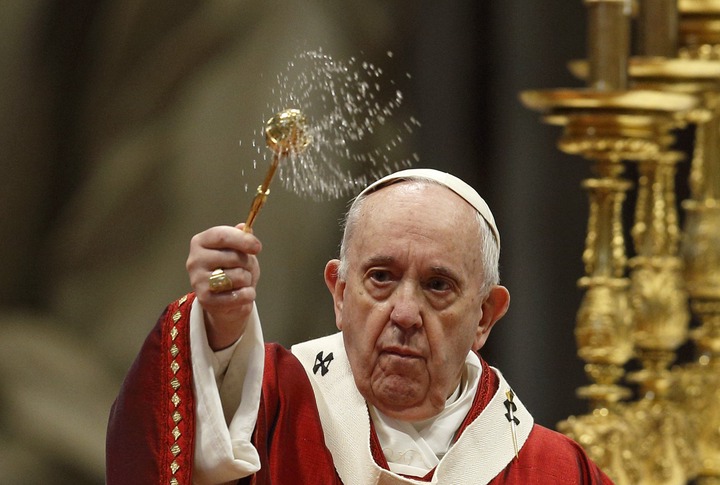 This is not the first time as the Pope has been urging his church ministers including the Nuns and Priests to support gay and related communities.

''Francis has previously said gay people have a right to be accepted by their families as children and siblings, and has sent notes of appreciation to priests and nuns who minister to gay Catholics.'' As posted by popular Kenyan blog Nairobi Gossip on Instagram. 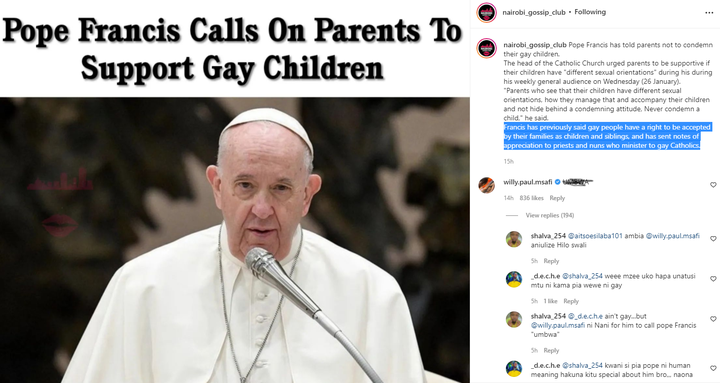 Kenyans on social media have since shared their varied views on the matter with some in support while others not so sure about it as they argued this is misleading.

Here are a few of Kenyans' opinions as posted below.

Shalva, ''You may dislike it but they are our brothers and sisters....#support them.'' 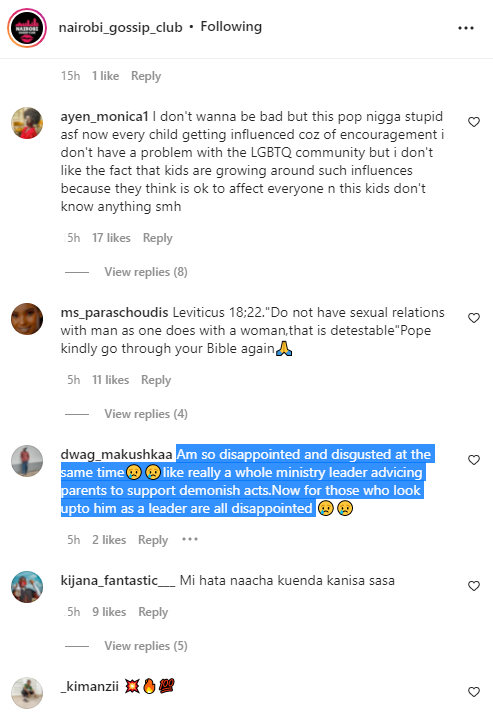 Missy Wendly, ''Why is it pope akisema hivi nobody is against it..and the other day when Magoha said that all gay students should be removed from all boarding schools everyone was supporting this?.''

Kris Wambo, ''Things that touch on religion and matters of the Bible is very hard to interprate, when you like it, someone else does not. It's all very confusing.'' 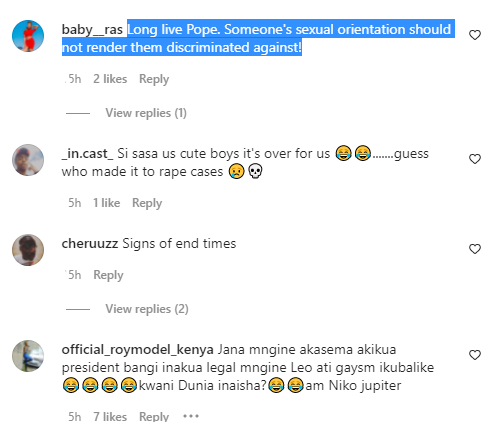 Ns Parashoudis, ''Leviticus 18;22."Do not have sexual relations with a man as one does with a woman, that is detestable"Pope kindly go through your Bible again🙏.'' Nimo Mutanu, ''This is not just about the Catholic Pope but more to the world leaders not to promote discrimination starting with parents based on sexual Orientation 🙌.''