In the Old Testament, it was not usual for God to speak through His prophets, priests, judges, and other people by calling them by their names. In the New Testament, Jesus did not hesitate to call His disciples and friends by their names. However, throughout the entire Bible of sixty-six books, only nine people and one city were called twice in a salutation. That was indeed very significant

When God called a name twice as a direct address, it was to get their immediate attention. It was because God or His Son Jesus needed to tell them something important at the time or to stop them from doing something that could not be delayed. A third reason was to elevate or promote the people to a prominent position.

Repeating a person’s name is a Hebrew expression of intimacy. Look through the ten times listed below when a direct address is not given once but twice. Notice that in most of the cases, there is an exclamation point after some of the names to indicate an exclamation or excitement.

You will also see that in each of the ten instances, the Lord uses the double salutation at a time and in a situation when it was urgent for something to be said or taught that was of the utmost importance.

The ten instances are listed as they occurred in the Bible throughout the Old Testament and the New Testament.

Abraham attempted to follow God's instruction to sacrifice his son Isaac that he had waited twenty-five years to have. See in the photo above that Abraham was about to sacrifice his son. When the knife was coming down on the lad on Mount Moriah, God stopped him at the last second. The angel of the Lord called out, “Abraham! Abraham!” Isaac was spared because God provided a ram in the thicket as a substitute sacrifice for Isaac (Genesis 22:11-13).

God saw how faithful Abraham was. Therefore, He established a covenant with Abraham, and he became the Father of Many Nations. In fact, we are seeds of Abraham.

Jacob had grown old when he discovered that his son Joseph whom he thought was dead was alive in Egypt. In fact, Joseph was second in command of the nation and had suggested that his father and the rest of his family join him in Egypt.

As Jacob was preparing to see his lost son after many years, God called his name twice, “Jacob, Jacob” to assure him that he should do as Joseph had suggested. God tells Jacob not to be afraid and that he would not only see Joseph, but also his descendants would become a great nation in the foreign land (Genesis 46:1-4).

Jacob was being promoted to becoming a great nation, according to verse 3. Up to that point, he was just a father with 12 sons. Now he was being elevated to become a great nation with 12 tribes that would be part of the rest of the Old Testament.

Moses had resigned himself to tend sheep for the rest of his life on the backside of the mountain. Everything changed when God spoke to Moses from the burning bush. God called out, “Moses! Moses!” to get his attention and to elevate him. After that, God gave Moses instructions to lead the Israelites from bondage in Egypt.

Moses was being promoted from tending the sheep of his father-in-law to becoming a deliverer of God's people (Exodus 3:1-10). God told him to go to Pharaoh to bring the people out of slavery. 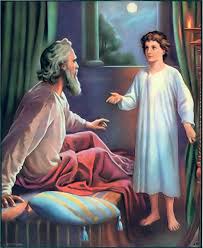 Most people know that Hannah was barren and prayed for a son. She promised God that if He opened up her womb and give her a male child, she would dedicate him to the temple. Hannah kept her promise and took young Samuel to the temple to live with Eli, the priest of Shiloh.

While sleeping in the temple, the boy heard the voice of God calling on two separate occasions. Samuel thought it was Eli who was calling him. The priest instructed the lad what to say when he heard his name called again. Finally, the Lord calls his name twice, ”Samuel! Speak, for your servant is listening" (1 Samuel 3:1-10).

That was the night the boy received his calling. Because of the double salutation, Samuel was elevated to become the mouthpiece for God. He became a priest, a prophet, the anointer of kings, and the last judge of Israel.

When Jesus visited His friends Martha and Mary in Bethany, He noticed that the two sisters did something that was different. Mary sat at His feet while Martha was busy in the kitchen preparing a big meal. Jesus also noticed that Martha was upset with Mary because Mary was not helping her. Jesus used a double salutation and called out, “Martha, Martha” (Luke 10:38-42).

Jesus told Martha that Mary had taken the better position to learn from Him. From that time on, Martha was elevated from being upset over many things. Martha became like Mary and began to take advantage of the opportunity to learn from Jesus.

After Jesus had the Last Supper with His disciples, they begin debating who was the greatest. Jesus shut the conversation down quickly. He addressed Peter by his birth name, “Simon, Simon.” Then He predicted that Peter would deny Him not once but three times. However, by his life, he would strengthen other believers.

Peter did deny knowing Jesus three times, and he went on to become the leader of the apostles in the early church (Luke 22:31-32). Simon Peter had been elevated from a life of depending on himself to total dependence on Jesus Christ. When Peter died he was crucified upside down on a cross because he didn't feel worthy to die the same way that Jesus had died.

Jerusalem is the only city in the Bible that is referred to by a double name. Jerusalem had become a wicked city even though God intended for it to be His holy city. Jesus wept over the city and called out, “Jerusalem, Jerusalem” (Matthew 23:37 and Luke 13:34).

Jesus was in His sixth hour of hanging on the cross when He cried out to God, “Eloi, Eloi” which means "My God! My God!" He never reached Damascus because the Lord called out to him by using a double salutation. 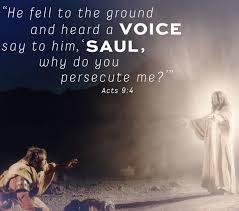 The young Pharisee was doing what he thought was right. However, on the way, Saul is blinded by a vision of the risen Jesus Christ, who calls to him, “Saul, Saul, why are you persecuting me?” (Acts 9:4).

Saul was being elevated to teach Jesus to the Gentiles, and the kings, and the sons of Israel. Instead of killing and imprisoning people, Saul whose name was later known as Paul began preaching and teaching about Jesus Christ. It all started when Jesus called him twice in one direct address.

Close examination will show that every time a person was called twice, the person was elevated to greater importance in the Bible.

5.Saul changed from persecuting Christians to teaching them (Acts 9:4).

God or Jesus had something very important to say in all ten of the double calls in the Bible. Has God ever gotten your attention with a double call of your name?

God is seeking our attention to communicate with us in a significant way. Often He calls us by a single name. On rare occasions, He calls our name twice to get our immediate attention and to elevate us to a prominent position. Don't miss it when God calls your name twice.

Benefits Of Breast feeding your baby for 6 Months without other food.