By AustineBarasa (self media writer) | 27 days ago 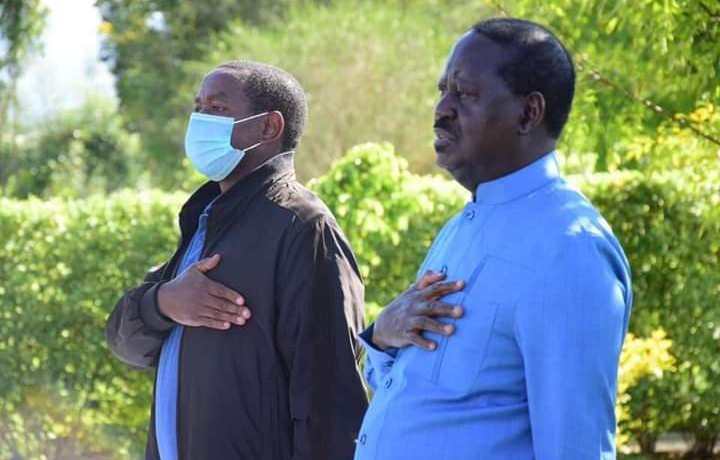 As he tours the Mt. Kenya county of Laikipia to interact with its residents and sell his 2022 presidential bid, the former Prime Minister Raila Odinga made a brief stop at the PCEA Church in Nanyuki in the morning of today on September 26th to join its congregants for a fellowship.

Raila who had earlier in the day engaged Laikipia youth in a lively forum that saw him listen to their needs and promise to fulfill them should he be elected as the fifth President of this country was being accompanied by various leaders from Mt. Kenya, ODM legislators like James Orengo and other politicians allied to him.

While inside the church premises, they listened to and participated in the church service from start to finish showing that they were indeed there just to worship God and there was nothing else that was more important than submitting to Him. 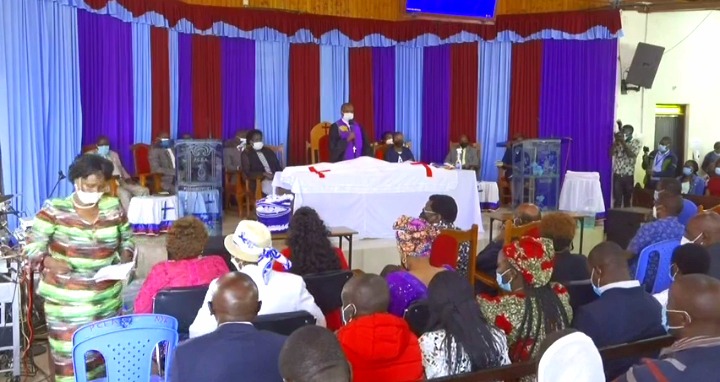 Then going by the current ban on politics in church by the PCEA Church, the former Prime Minister and his friends weren't given a chance to address the congregation on matters relating to politics or rather say anything.

To make sure that no one gets it wrong, the presiding moderator explained to the former PM that "we don't allow speeches by politicians in our church because we've seen some of them misbehave in God's presence.

I'm not saying that the people that are here today are some of them but there are others that we have seen on screens fighting in churches, on the altar and in funerals and we wouldn't wish to see that happen in our church."

Noting that Raila's team was humble and exemplary, the moderator also hailed the leaders that had accompanied him saying that "everyone can see how humble they are."

That "there are some who come and snatch our microphones but for you, you are composed. I'm not saying you'll be elected but I'm saying you have got some manners and marks."

To see into it that the politicians' presence doesn't go unnoticed even though they couldn't address the congregation, the moderator introduced them to congregants by calling out their names and titles and telling them to stand and just wave at the congregation.

As seen in the screenshots below, Raila just rose on his feet and waved at the worshippers before taking his seat to allow the church service to proceed. 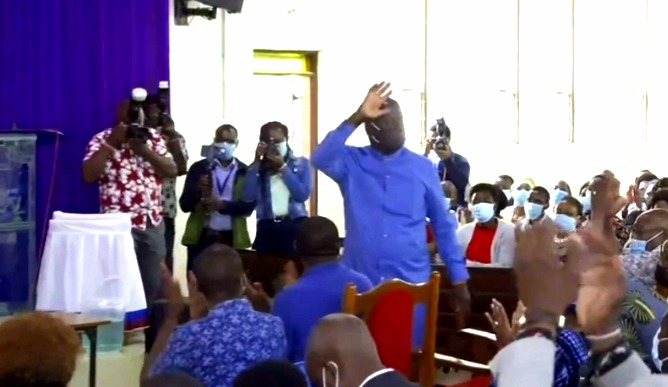 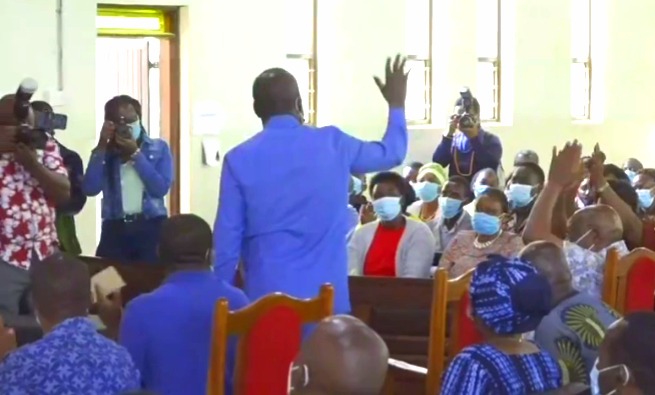 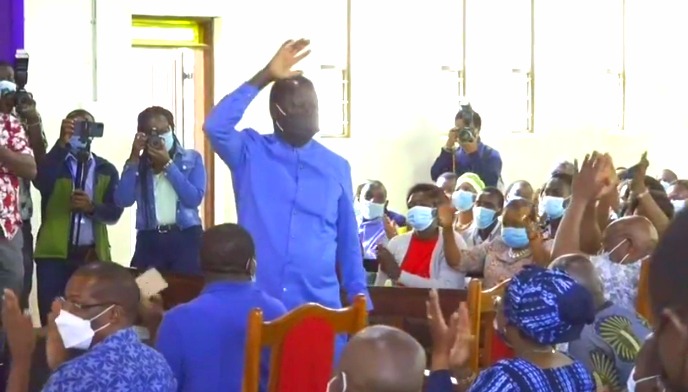 Even though Raila and his friends weren't given an opportunity to speak while inside the church premises, the church moderator had promised that he would organize a special meeting outside the church where the politicians would engage the worshippers.

At the time of writing this article, the church service was still ongoing. 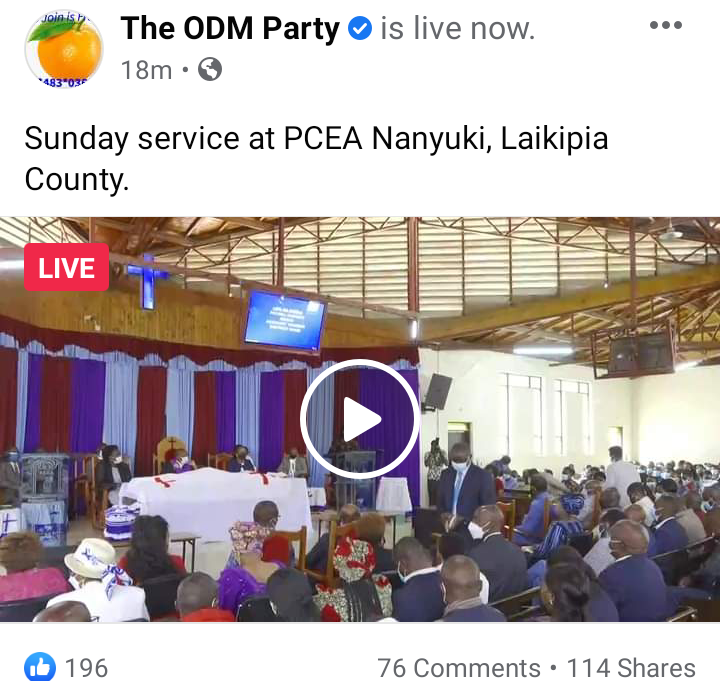