An abnormal incident today was witnessed in one of African Countries,Zambia were a pastor was reported to have died after his attempt to emulate Jesus miracles.

James Sakara, the pastor of a Zambian Christian church, was discovered dead after requesting to be buried alive in the earth so that, like Jesus, he may rise from the dead in three days. 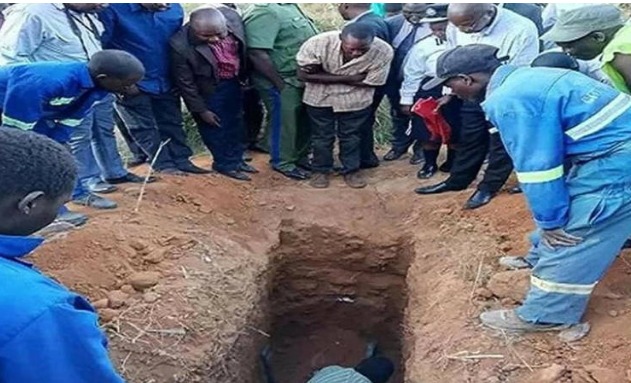 To say James Sakara, 22, was overconfident in his abilities to imitate Jesus Christ's resurrection would be an understatement. Regardless, the pastor of the Zion Church in Chidiza, Zambia, managed to persuade his congregation that he, too, might rise from the dead after three days, exactly like the Son of God.

He managed to enlist the help of three members of his Church in digging a shallow grave, tying up his hands, and buried him alive, but instead of resurrecting after three days, Sakara was discovered dead by members of the Zion Church who were inquisitive as to why their leader hadn't kept his word. 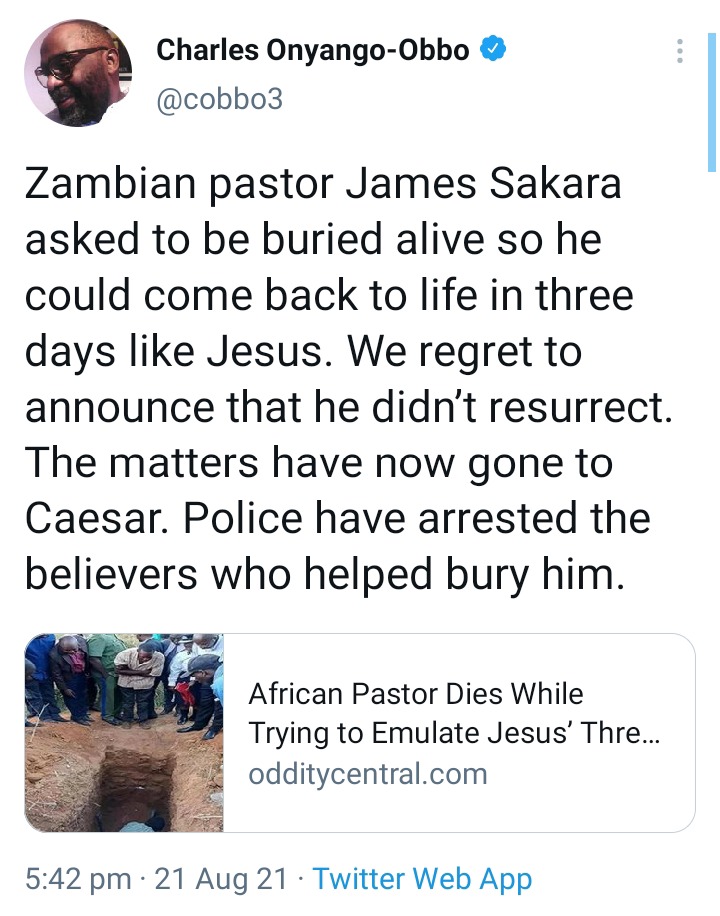 Some church members attempted a series of "spiritual exercises" to resuscitate their leader after witnessing his lifeless body, but to no avail.

In an attempt to explain his decision to his congregation, the young pastor, who was also a traditional healer, cited scripture, claiming that Jesus' words to his disciples on the eve of his assassination by Roman soldiers – ‘do this in memory of me' – referred to resurrection rather than just imbibing wine and crunching unleavened bread.

VIDEO: Several Feared Drowned After Bus with 30 Passengers Heading to a Wedding Plunges Into River