The untold story of St. Jerome

Jerome was a Roman Christian who lived in the fourth century. His father taught him his religion well, but sent him to a famous pagan school. 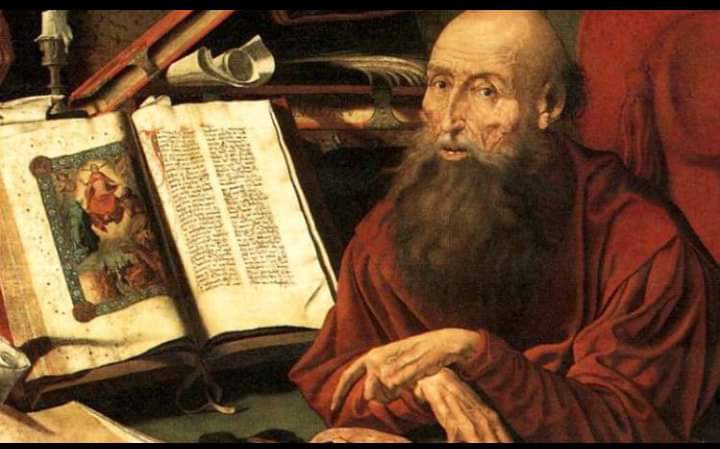 There Jerome grew to love pagan writings and lost some of his love for God. Yet, in the company of a group of holy Christians, with whom he became great friends, his heart was turned completely to God.

Later, this brilliant young man decided to live alone in a wild desert. He was afraid that his love for pagan writings would lead him away from the love of God. He welcomed the hard penance and the scorching hot desert.

Yet even there, he suffered terrible temptations. The immoral entertainment held in Rome seemed fresh in his imagination and memory.

Jerome did not give in, however. He increased his acts of penance and wept for his sins. He also went to study Hebrew with a monk as his teacher. This he did to get rid of the bad thoughts that kept attacking his mind. He became such a great scholar of Hebrew that he could later translate the Bible into Latin. Many more people were then able to read and enjoy it.

St. Jerome spent long years of his life in a little cave at Bethlehem, where Jesus had been born. There he prayed, studied the Bible, and taught many people how to serve God. He wrote many letters and even books to defend the faith from heretics.

St. Jerome had a bad temper, and his sharp tongue made him many enemies. Yet he was a very holy man who spent his life trying to serve Jesus in the best way he could. And so, despite his temper, he became a great saint. He died in 420.