By Gossipkenya (self media writer) | 1 month ago

Apostle Darlan Rikih Moses narrates his story on how he underwent many struggles while growing up as a hermaphrodite and later ending up being a father and a mother.

He alleges that her mother was shocked when the doctors revealed to her that she was indeed hermaphrodite (that is, a person with both the male and female sex organs). The doctors confirmed that he had a normal male organ, uterus, ovaries and can bear children.

By then, Rikih had spent the last 14 years living like a man thinking that the female organ was inactive only to be surprised when he started experiencing monthly periods and his body begun to developing feminine features something that made him take the step of visiting the doctor. Coming to the fact that he was hermaphrodite was too much for him to bear but she had no choice other than accept that's how he is.

But things were not easy as some people took advantage of him. Rikih claims that he became more aware of his condition after his stepfather once molested him, something he says, he doesn’t want to dig deep into the details on what transpired.

Years passed and he became an adult. Since his mother really wanted him to leave like a man, she made him marry the first girl that showed interest in him. At first, the marriage was difficult but his wife later accepted him the way he was and got kids together.

However, their relationship was short lived as his wife took advantage of his condition and started cheating on him. Rikih alleges that his wife could sleep with his drivers, security guards and any man that came her way. She did this knowing the fact that Rikih could not talk about it as he feared being exposed on his condition.

They later got divorced due to her wife's over infidelity something that made him sad and desperate for love to an extent that he fell for his male driver's advances on him. He says that them being so close and considering his tough moments in his marriage, he made out with him. Unfortunately, he got pregnant and bore him a child.

Kirih now became a father and a mother at the same time. Currently, his children are now grown ups but he claims that it has never been easy explaining to people how he assumes the mother and father status in his family.

Follow the source link below to catch up on the whole story; 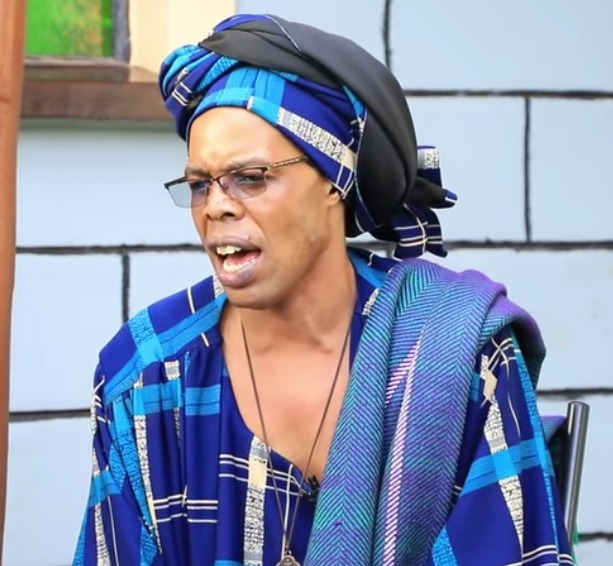 Vera Sidika Flaunts Pictures Of Herself Smoking Like A Chimney