By Job Matthews (self media writer) | 4 months ago

There are exceptional women everywhere whose names remain unfamiliar and even unknown. The following four Bible mothers are among those who are not included on the list of most popular mothers, but each of them made impressive contributions to the value of motherhood. 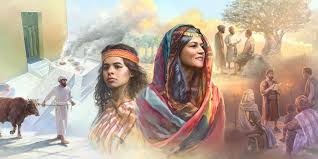 We do well to consider the unique strengths of Rizpah, Belshazzar’s mother, the Canaanite Mother, and Eunice.

Rizpah was a concubine to Saul, King of the Israelites and she bore him two sons. Her name does not appear on the list of popular Bible mothers, because her devoted motherhood is overshadowed by the political events of her day.

Despite a previous promise of the Israelites to protect the Gibeonites, Saul tried to annihilate them. When David, his successor, tried to appease them, they asked to even the score by hanging (and leave hanging on a hill) seven of Saul’s descendants. David gave up seven of Saul’s sons, including Rizpah’s two children. She was powerless to stop the killing; but she would not allow their flesh to be devoured by vultures. She kept lonely vigil for about six months until David took down the rotting bodies and buried them.

“Now Rizpah the daughter of Aiah took sackcloth and spread it for herself on the rock, from the beginning of harvest until the late rains poured on them from heaven. And she did not allow the birds of the air to rest on them by day nor the beasts of the field by night." (2 Samuel 21:10 NKJV).

The lonely grieving mother disregarded her personal pain to ensure that her children received the respect to which human beings are entitled. She demonstrated the kind of selfless love, generated only in the deepest depths of motherly hearts.

Her sudden appearance . . . is enough to tell us that where she went, she went for God, and what she said, she spoke for God. (Mary Elizabeth Parker)

Although she was the queen mother living in the palace, she did not attend Belshazzar’s banquet in which he desecrated the temple vessels. In the midst of his revelry, he watched as part of a mysterious hand wrote his doom on the palace wall. He was never more scared. Then the queen mother appeared and rendered a short speech based on her intuition that her advice was the perfect remedy for the situation. She calmed his fear.

Elizabeth Mary Baxter in The Women in the Word commends the queen mother for her strength of godliness in the midst of ungodliness; it helped that she had probably become friends with Daniel the prophet. She knew that God have given him the description and interpretation of Nebuchadnezzar’s dream and she trusted that God could also explain the current mystery through him. She knew that the interpretation could mean judgement for her son (and it did), but his behavior had to be corrected some time.

This nameless woman did and said what her godly intuition thought was best for her son. She is an encouragement to mothers everywhere to turn their children over to God when leaving them up to their folly would cause their self-destruction.

She is nameless also, and referred to in the texts as “Canaanite” and “Syro-Phoenician,” providing a clue to her non-Hebrew race; also as “Gentile” and “Greek”, which identifies her as heathen. Despite these descriptions, Jesus saw some character strength which caused Him to offer her such commendation.

Her daughter was demon-possessed and she heard that Jesus, the Teacher Healer was within walking distance. She searched for Him, found Him and humbly asked that He delivered her daughter from her suffering. Despite the fact that Jesus initially ignored her; that His disciples tried to chase her away; that He, in his delayed response, compared His attention to her with giving the children’s bread to the dogs, she insisted that her child deserved His help. She would not let Him deny her.

She is an example for mothers who are determined to see their children succeed even if they live on the wrong side of the tracks, even if nobody else sees their value. Such strength of determination usually wins against all odds.

I call to remembrance the genuine faith that is in you [Timothy], which dwelt first in your grandmother Lois and your mother Eunice, and I am persuaded is in you also. (2 Timothy 1:5) 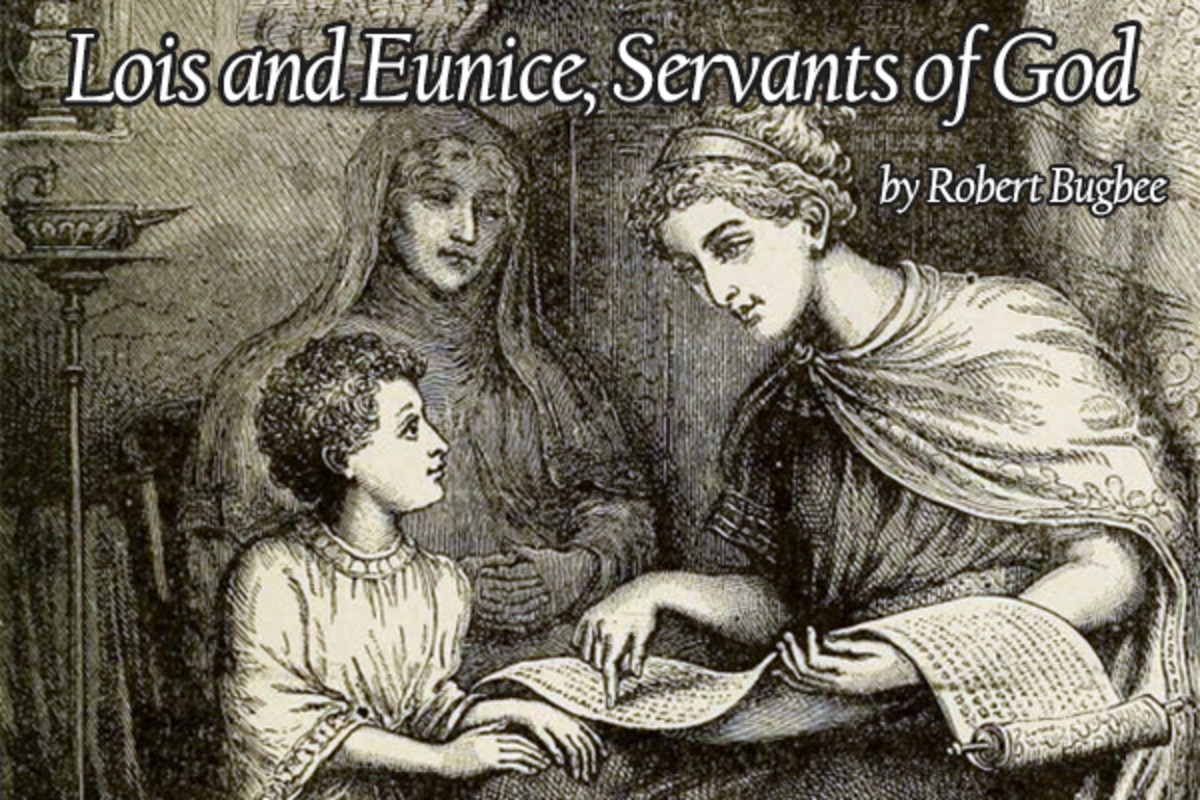 Eunice’s name is mentioned only once in Scripture, and only as a woman of “genuine faith” who passed on this virtue to her son, Timothy. She is just one of the many mothers who intentionally plant good seeds within their children and reap their reward in the fruit that their offspring produce.

Eunice was a Jewess married to a Greek husband (Acts 16:1). It is likely that their home offered conflicting religious training to their son. However, her influence helped to guide him into the acceptance of her faith. Paul, his ministry mentor credited his devotion to the influence of his mother and grandmother who trained him in the Scriptures from an early age (2 Timothy 3:15).

Mothers like Eunice remain unseen, while their influence shines through godly lives from generation to generation. It begins with diligence in child training.