How God Opens The Hearts Of His Elect

By Jos Jossy (self media writer) | 2 months ago

The hearts of all mankind are closed to the gospel, to the preaching of the word, the beseechings and invitations of the Lord.

Lydia’s home town was four hundred miles away in Thyatira a city famous for its dyes (there is an early inscription to a guild of dyers there). Lydia was a businesswoman and an entrepreneur. She traded in purple cloth, up-market material because purple dye was expensive (she may have been the agent for a Thyatiran manufacturer).

We are also told that she was also a worshipper of God, that is, she had been influenced by the Old Testament Scriptures and come to believe and behave as the Jews did without having become a Jew. So she was a God-fearing woman. There was a place a mile outside the city where she and other women like her met together on the Sabbath day for prayer. So it seems that there was no synagogue in Philippi (a quorum of ten men would be needed to have a synagogue constituted).

But the most significant truth we are told about Lydia is that her heart was closed. In other words, it was close to God and Jesus Christ. It was closed very effectively to the message of salvation. Before I became a minister of the gospel I worked for a year for the National Coal Board as a wages clerk in their south-west Wales headquarters.

The miners in the 20 collieries in the region were all being paid in cash in 1964, and every Thursday we would fill their wage packets from a million pounds in cash, and we would carry the metal cash boxes for each pit into a strong room for the night before paying the miners on Fridays. The strong room had a mammoth door which two men would push closed and then turn a wheel in the middle. A fly couldn’t pass that door and a burglar would find it a very considerable and lengthy challenge. That door was closed shut on Thursday nights.

That closed door is a picture of Lydia’s heart, and the heart of every man and woman outside of Christ, so of your heart too. The hearts of all mankind are closed to the gospel, to the preaching of the word, the beseechings and invitations of the Lord.

This woman was a very capable woman with considerable responsibility in the world of commerce, and I am sure she did her job with great competence and integrity, but her heart was closed. There is no mention of her husband, simply the members of her household, and she was working to support her children or her parents, and she seems to have had their trust, but her heart was closed.

There were several women gathered there outside the city gate by the river, and Paul spoke to every one of them with the same sincerity, a yearning that every one of them should come to know his Saviour for themselves. Yet there was just one woman whose heart was opened. How solemn is this matter of the sovereignty of Christ? Many fishermen lined the shores of Galilee’s lake but just two sets of brothers were taken to follow Christ.

You once went to a meeting and there the Lord opened your heart. You thought the heart of your husband who was sitting alongside you would have been opened too but he had nothing to say of the salvation of Christ. Or you went with a gang of your friends, but afterwards, they talked about football and school and music. Jehovah Jesus meant as little to them after the meeting as he had before, but you were changed. Your heart had been opened.

That is how it is in this solemn and humbling experience. It is initiated by Christ. It is accomplished by the grace of Christ, and that grace works sovereignly, and selectively. That grace falls with all its particularity on favoured men and women as he determines. This is his grand prerogative, and in that honour, none shall share.

Please don’t presume on that grace. Don’t say as boys in school would say to me, “I’d like to be religious. I want to taste what the world offers first, and then when I’m older I might become religious.” It is not in our power to determine the time or place. The only moment we have is now. All the years gone can never return, and all the future is unknown. We may soon be dead. Now is the time to plead with the Lord to open our hearts.

She heard Paul speaking and she thought, “I have never heard anyone speak like this.” She thought to herself, “What an orator he is. He believes what he says.” She thought, “This is all making sense.” But it was not because of Paul’s eloquence or sincerity that his words were having such a transforming influence on her life. It was all due to the Lord opening her heart. 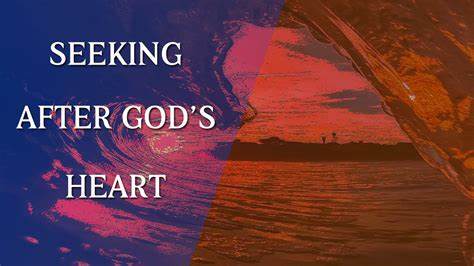 Content created and supplied by: Jos Jossy (via Opera News )