Rigathi: God Wouldn't Have Allowed Raila To Defeat Ruto Because Azimio Were To Close Small Churches

Addressing mourners at the burial ceremony of Baringo Deputy Governor Charles Kipngok, the deputy president argued that the Azimio coalition promised to close small churches after ascending to presidency.

He said Azimio were fighting with God and that's why they defeated them even at the Supreme Court.

"I knew God would have allowed Raila and his team to defeat us. They promised that if they ascend to power, they'll shutdown this small churches. They failed because they were fighting God and the church," he said.

Gachagua also said that the new government will be busy with delivering and fulfilling their promises to the people of Kenya.

Kenya Kwanza running mate Rigathi Gachagua also assured the mourners of his unwavering loyalty to the head of state now that they are in government. 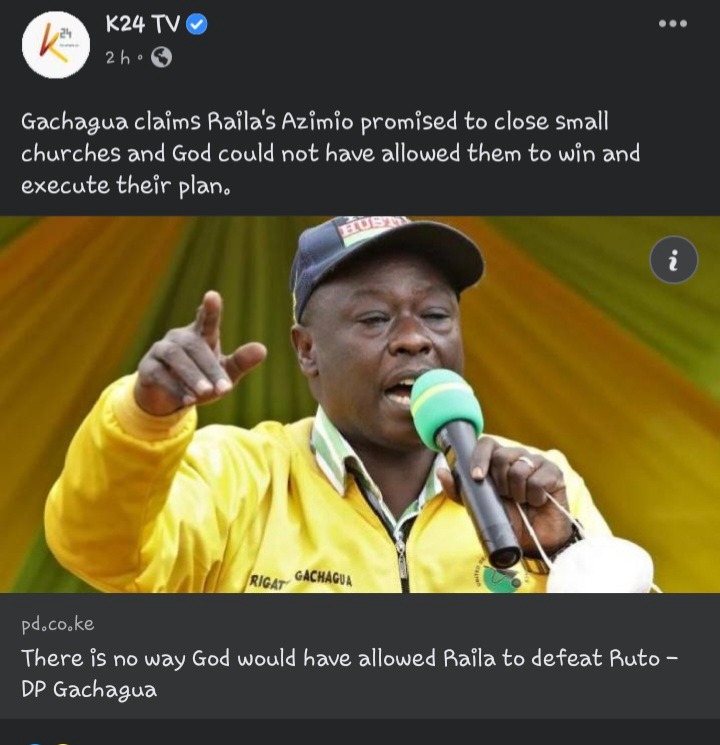 Photos: The Third Batch Of The Kenya Defense Forces Leaves For DRC

What President Ruto Is Set To Take Over From Uhuru Kenyatta Today Since Assuming Office.