What Mothers Should Learn From Hannah's Prayer

By Lukayu (self media writer) | 3 months ago 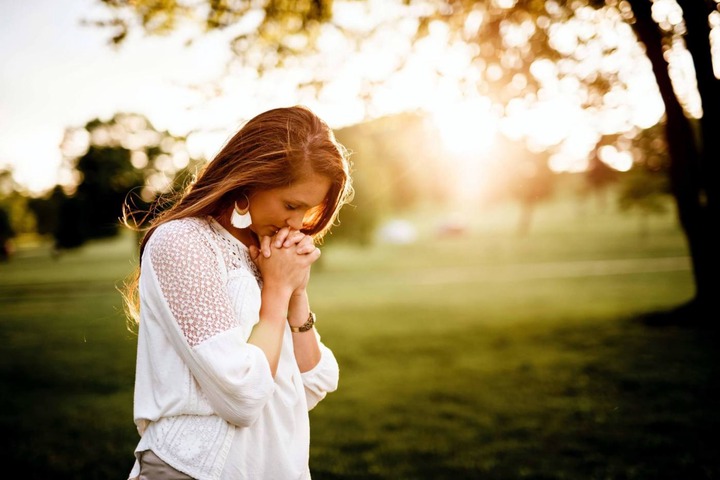 1. Anguish can be a good teacher_ Years of infertility, joined with Peninnah’s mockery, had finally broken the dam of Hannah’s sorrow. The pain of hope deferred flooded her heart, and the flood could not be hidden. Hannah wept and would not eat. She was deeply distressed (1 Samuel 1:7, 10).

Yet, as so often happens, Hannah’s tears became a trail that led her to her knees. After they had eaten and drunk in Shiloh, Hannah rose ,and prayed to the Lord and wept bitterly (1 Samuel 1:9–10). We don’t know what Hannah’s prayer life was like before this moment. But here, at least, anguish became her best teacher.

In a world as broken as ours, anguish hems a mother in, behind and before. Some, like Hannah, feel the peculiar agony of wished-for motherhood. Others, the pain of pregnancy and childbirth itself. And still others, the sorrow of a child who has not yet been born again. What Augustine once said of his mother holds true for many:

She wept and wailed, and these cries of pain revealed what there was left of Eve in her, as in anguish she sought the son whom in anguish she had brought to birth.

Anguish, we know, may tempt a mother toward bitterness, as it did both Sarah and Rachel for a time (Genesis 16:5–6; 30:1). But here, Hannah reveals a surprising truth: anguish often leads a mother to a prayer God longs to answer.

2. God delights in open hands _ Two words in Hannah’s prayer rise to the surface through repetition: Lord (twice) and its counterpart, servant (three times). In her anguish, she does not forget that God is her Lord, high and wise above her, nor that she is his servant, bound to do his will. The famous words of Mary over a millennium later Behold, I am the servant of the Lord (Luke 1:38) are an echo of Hannah’s.

Hannah’s open hands also appear in her remarkable vow: If you will give to your servant a son, then I will give him to the Lord all the days of his life, and no razor shall touch his head (1 Samuel 1:11). Her promise not to cut her son’s hair refers to the Nazirite vow, by which a person’s life was devoted entirely to God (Numbers 6:1–5). Hannah says, in others words, “Give me a son, and I will give him back to you heart and soul, body and mind, all the days of his life. In response, God gives her a son to return to God.

We should hesitate, of course, before drawing a straight line between a mother’s heart and how God answers her prayers. Some mothers pray with Hannah-like surrender, and still their wombs stay empty, or their children keep walking to the far country. Hannah’s story does teach us, however, that God loves to put gifts in open hands. He delights when a mother, welling up with maternal affection, wells up still more with desire for Christ and his kingdom.

In Hannah’s case, her openhanded motherhood allowed Samuel to spend his days at the temple, where, the narrator tells us, he worshiped the Lord (1 Samuel 1:28). May God be pleased to do the same for many mothers’ sons.

3. A mother’s prayers can shake the world_ The anguished prayer of 1 Samuel 1:11 is not the only prayer we hear from Hannah. When she brings her freshly weaned son to the temple, she prays again, this time soaring with praise (1 Samuel 2:1–10). And as we listen, we quickly realize that the story of Hannah and Samuel reaches far beyond the four walls of a happy home.

Hannah, carried along by the Spirit, finds herself caught up in something far greater than her own domestic hopes: under God, her son would deliver Israel from its oppressors and establish a kingdom that one day would cover the earth. Hannah had simply prayed for a son but in return, God answered far bigger than she asked.

And so he still does. Eliza Spurgeon and Amelia Taylor prayed for saved sons, scarcely imagining that God would give a preacher to the masses and a missionary to the nations. And though not every son is a Samuel, or a Spurgeon, or a Taylor, who knows what lovers of orphans, or pastors of churches, or seekers of justice, or fathers of lost ones God is right now raising up through a faithful mother on her knees? With a God like ours, we can dare to dream and pray.

4• Mother for Every Mother_The weeping, anxious Hannah of 1 Samuel 1 is not a woman out of a mother’s reach. She was not a well-known woman. She was not a put-together woman. So far as we know, she was not a particularly strong woman. But she was a praying woman. And through her prayers, God showed his great power.

The God who crushed the serpent’s head by the woman’s offspring has more victories to win. Jesus dealt the deathblow, the blow no other son could give. But more of the devil’s kingdom needs crushing. And if we look behind the men who lift their heels, we will often find a mother like Hannah: anguished yet openhanded, praying for her boy. May you be as prayerful as Hannah today, and please share thanks.