By Ramseyrimmy (self media writer) | 6 months ago 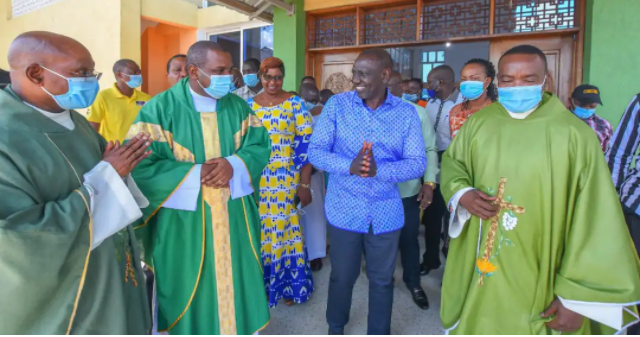 Deputy President William Ruto now says his bottom-up economic approach and the whole hustler nation narrative are drawn from the Bible. The second in command's bottom-up economics seeks to empower those who engage in small scale enterprises, now commonly known as hustlers.

Speaking at Saint Patrick Catholic Church in Kilifi on Sunday, July 18, the DP quoted scriptures from the holy book, which he claimed his hustler nation draws parallels from. He quoted Psalms 113: 7-8, which according to the New International Version (NIV), states: "He raises the poor from the dust and lifts the needy from the ash heap; he seats them with princes, with the princes of his people."

Ruto, just as the scripture says, during his campaigns, said his government, should he clinch the top seat, will be formed by common people who will be on the same level as the rich. he said anyone who is against hustler nation is a enemy to people.

Content created and supplied by: Ramseyrimmy (via Opera News )

Reasons Why Married Men Fall in Love With Other Women

Why This Top 10 African Countries Have The Most Beautiful Women