Ruto Formulates Another Guarded Approach In Politics, His Grand Event In Kisii Revealed 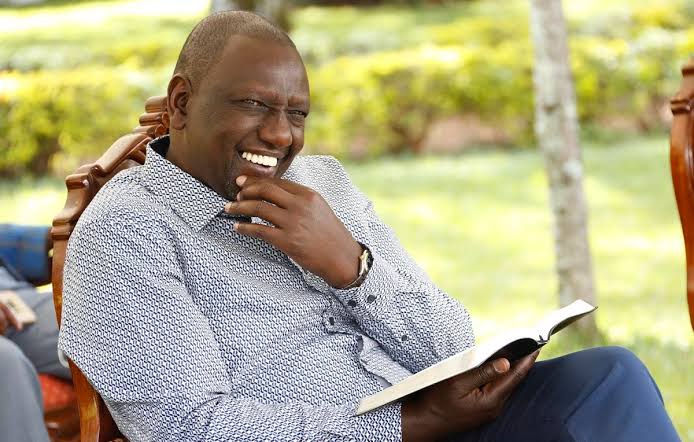 Deputy President William Ruto has this Sunday attended a Mass at Saint Denis Kenyenya Catholic Church in Bomachoge Borabu in Kisii County. The second in command has formulated a guarded approach in his church politics. Ruto took his ‘Bottom-Up’ Economic Development Model to the pulpit as his three-day tour of the Gusii land began.

While addressing the congregants during ghe church service at the Deliverance Church International in Kisii town, DP Ruto reiterated that his Bottom-up Economic Ideology, which has been widely opposed by his rival politicians was just a way of lifting the jobless Kenyans without leaving anyone behind. He quoted the Bible verse from Psalms, Chapter 113 verse 7 and 8 and said that, He (God) raises the poor out of the dust and makes them sit with the kings and princes.

After that DP Ruto donated Sh1 million and pledged another million from the proceeds of his chicken sale. Despite the DP continuing his politicking on the church’s pulpit, he was careful not to cross the line. He also made sure that his message was home to those he was addressing. He spoke in parables as referred to the Bible and in some instances and at one point he would even ask the Bishop if he had crossed the line.

Ruto took a swipe at his rivals who go to church to compete him. In his remarks he said that many politicians come to church because he has evangelized to them. He pleaded with the church to welcome them even though they come with a lot of noise sometimes. Ruto added that some of those leaders preach the word of God out of strife, others do it because of envy and presence but what matters is that the word of God is being preached, Ruto said. He told the gathering that he is a testimony of God's goodness despite war against me.

Ruto is expected to be in Kisii until Monday. He also expected to conduct several meetings with the local leaders and attend two church services at Deliverance Church in Kisii Town before he proceeds to Kenyenya Catholic Church.

After the church service, the UDA presidential candidate opened Bomachoge Chache CDF offices in Ogembo town, and addressed the residents. According to the tour coordinator Hon. Joash Maangi Ruto was also to visit South Mugirango and Nyamarambee on Monday morning.

On His visit to South Mugirango Constituency Ruto will launch two new buses for two secondary schools in the area before addressing members of the public at Nyamarambe. This was reported by Maangi who is the Deputy Governor in the region. 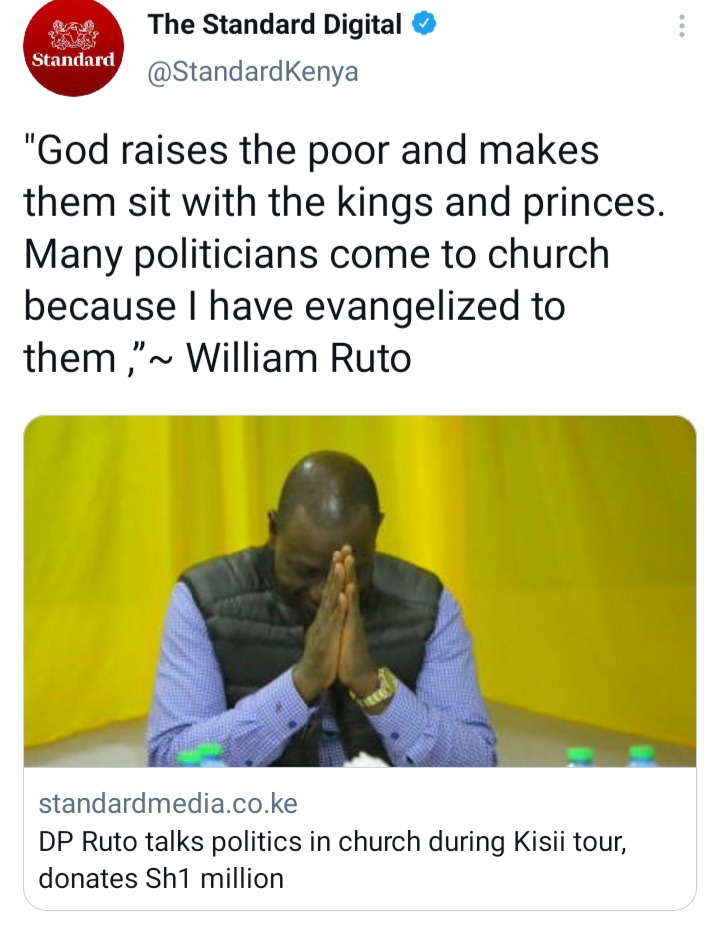