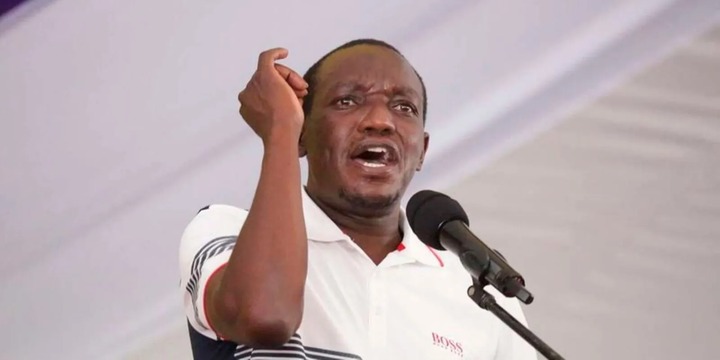 Catholic Diocese of Kisii have returned money amounting to Sh100,000 that was contributed by Dagoretti North MP Simba Arati on Sunday after a commotion occurred at Nyamwagwa Catholic Parish.

According to a publication by the Nation, the vocal MP who is eyeing Kisii's gubernatorial seat argued that the church was being used by his opponents to undermine him.

"I gave out money to several leaders in the church. Why then are they claiming to have returned part of the money? Why are they not returning the rest, which amounts to more than Sh300,000?" posed Arati.

Arati claimed that there was shouting in the church between supporters of different politicians, and after the noise persisted, he stepped out following a request by one of the priests.

Sources told the Nation that Arati was angry since he was not given an opportunity to address the congregation since Kiminini MP Chris Wamalwa and Ford Kenya's boss Moses Wetangula were allowed. 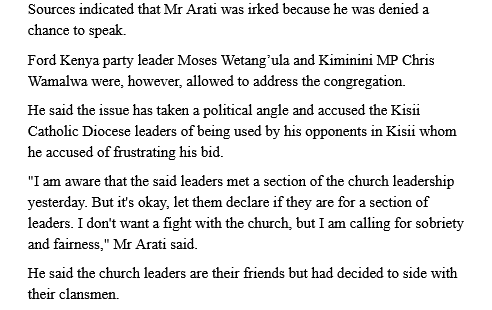 "What happened on Sunday is very unfortunate. I respect the church and I strongly believe in God. At the end of it all, I have no bishop or father who is my godfather, but I have God. I don't want a fight with the church."

"I am calling for sobriety and fairness. This issue has taken a political and clan direction. It has nothing to do with spirituality, it is all politics," said the legislator.