By Oyugihotnews (self media writer) | 1 month ago

Lions are terrifying beasts, and fighting a young maned lion for any animal or beast is nearly impossible. The lion is also known as the King of the Beast and the King of the Forest.

Humans, especially the Lion, have little chance against any wild animal with long, shapeless claws and teeth. You should avoid viewing a lion's toe, although there are biblical accounts of individuals standing with a lion's toe and emerging victorious.

The first one is Samson, the man whose strength was in his hair.

Judges 15:5,6 tells us that Samson and his mother went down to Timnah. Look at him as he approaches the Timnah vineyards! He was being pursued by a lion. God had told him not to shave head's hair because it was where is strength rest. 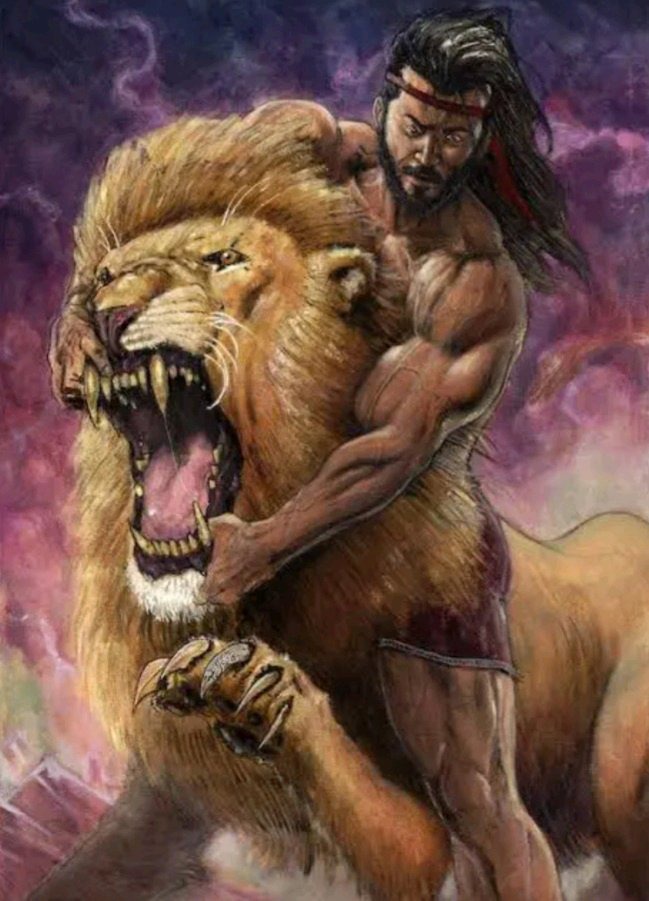 Then, inspired by the Spirit of Jehovah, he tore it in half, just as a young goat is torn in half by its predictor. But he didn't tell his father or mother about what he did."

If you know anything about Samson, you know he's like the Bible's superman since he slaughtered it so quickly because he was filled with enormous superiority from the LORD.

The second one is David, son of Jesse

Samuel 17:34-36 Then David informed Saul that your servant had taken over as shepherd of his father's flock; a lion had arrived, and each of the lions had taken the flock's calves. He did not allow it to eat sheep while watching. 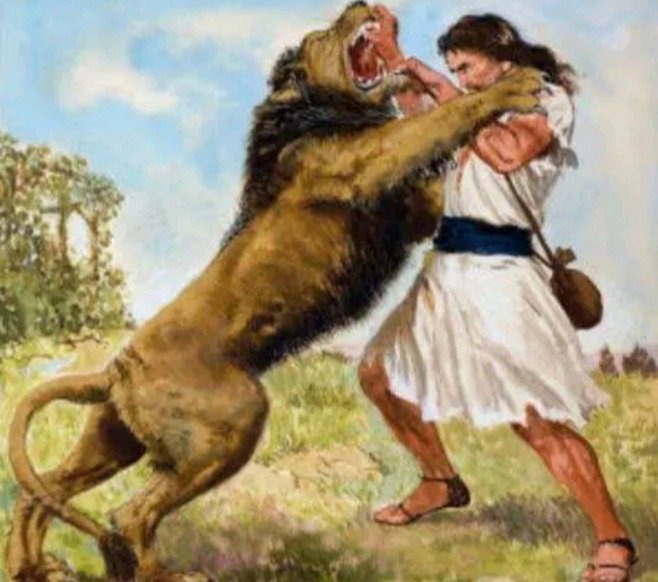 I pursued her, hit her, and freed her from her clutches. When he stood against me, I lifted him struck him, and killed him. Your servant was attacked by both the lion and the bear... David is a strong young man who killed a lion and a bear with his own hands.

Although biblical names like Samson and David are well-known, another ancient figure killed a lion.

He's a powerful David army warrior, and I'm sure most people have no idea who I'm talking about.

Let us find out what his name is.

2 Samuel 23:1 "In Kabze el-Be-naah, the son of Johor-a-da, there was a brave guy who accomplished numerous feats during his short life on Earth. On a winter day, he killed Moab's two Aikel sons and walked into a lake to slay the Lion.

Despite the fact that the Egyptian had a spear in his hand, it went against him with a rod, snatched the spear from the Egyptian's grip, and killed him by his wearing".

Content created and supplied by: Oyugihotnews (via Opera News )

Places in The World Only The Bravest Tourists Dare Visit

Khalwale Celebrates As He Welcomes New Born Baby Into His Big Family, Names Baby After This Person

Man, Wife Arrested For Keeping Mother's Dead Body For Over A Month, Praying For Her Resurrection