"A Priest Got Me A Job And Told Me To Sleep With Him As Payback For The Favour. I Agreed."Ann Stated

By Brightmorning (self media writer) | 16 days ago

Ann Njeri from Nyahururu Painfully narrated how a priest that had offered to help her during a difficult time turned against her. He told her to sleep with him so that he can secure her a job. He also told her that she had to pay him back for helping her by sleeping with him and she agreed. 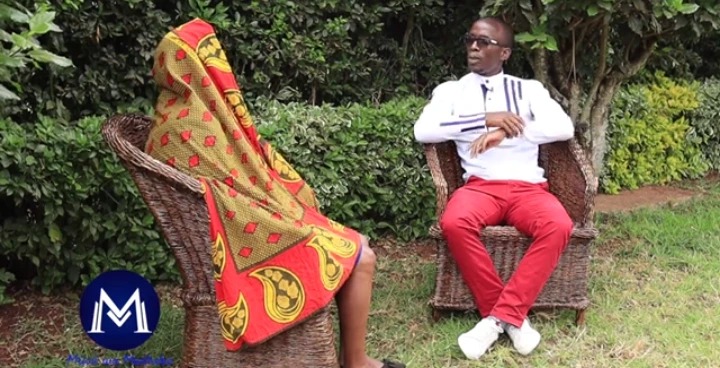 According to Ann who was born and raised in Nyahururu. Her mother was mentally ill and her father had just died from a short Ilness.She was the first born in a family of four children. They were taken to her grandparents house after their father died

According to her a man from her village felt pity for her and he took her into his house he promised his grandparents that he would take her back to school and in return she would work as a house maid in his house.

She said that the man was kind enough and too her to school but his wife disliked her and always mistreated her. She endured the challenges so that she can get a chance to go to school. He took her to primary school and also secondary school.She claimed that he also took her to college but he became sick and couldn't continue with paying for her school fees. However another well-wisher offered to introduce her to a priest who would sponsor her education.

She said that he would pay for her school fees and during the holidays she would clean the church and cook for him. After she graduated he got her a job but this time he wanted something in return. He told her that he wanted her to pay him for helping her.

She didn't have money and so he told her that he wanted to sleep with her so that he can give her the new job and also pay him back for his help. Ann was desperate for a job and she agreed. He slept with her in a hotel far from their town.

"I didn't like it but that was the only way I would secure the job." Ann stated

She said that this became a routine and whenever he wnet to cook for him at church, she would sleep with him. Unfortunately she be ame pregnant and he didn't want a baby. He gave her money for an abortion and she agreed to terminate the pregnancy.

She said that he secured her the job but also blocked her once he was sure that she had terminated the pregnancy. Ann felt used and guilty for committing the abortion and she believes that she Killian an innocent child. She has adviced young girls to be careful when taking favours from men because some of them are never genuine

Content created and supplied by: Brightmorning (via Opera News )