How DP Ruto And Raila "Copied Each Other" Captions After Their Mt. Kenya Tours Today 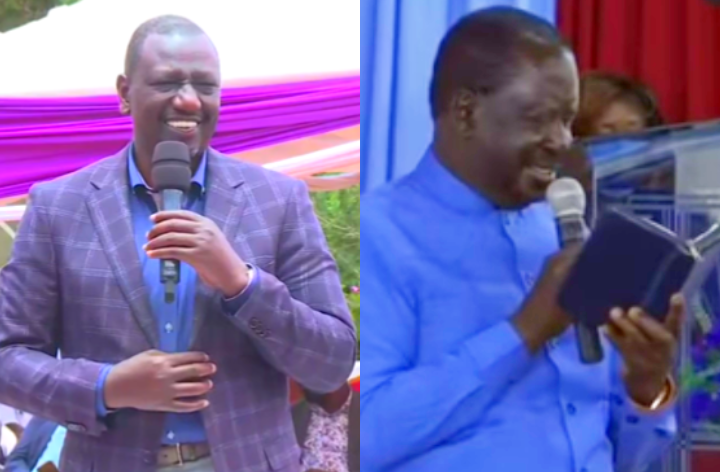 In the aftermath of Deputy President William Ruto and the former Prime Minister Raila Odinga's tours to Mt. Kenya counties of Meru and Laikipia for fellowships and rallies on the Sunday of today on September 26th, there's a rare coincidence that we witnessed on Facebook as they updated Kenyans on how their day unfolded.

Both of the two attended church services relatively at the same time but DP Ruto was the first to take to Facebook and let Kenyans see how his fellowship unfolded.

In the post, DP Ruto shared some photos with a caption that in addition to revealing leaders that had accompanied him to Meru also had these words; that "Behold, how good and how pleasant it is for brethren to dwell together in unity" which was a quote of Psalms 133:1 in the bible. 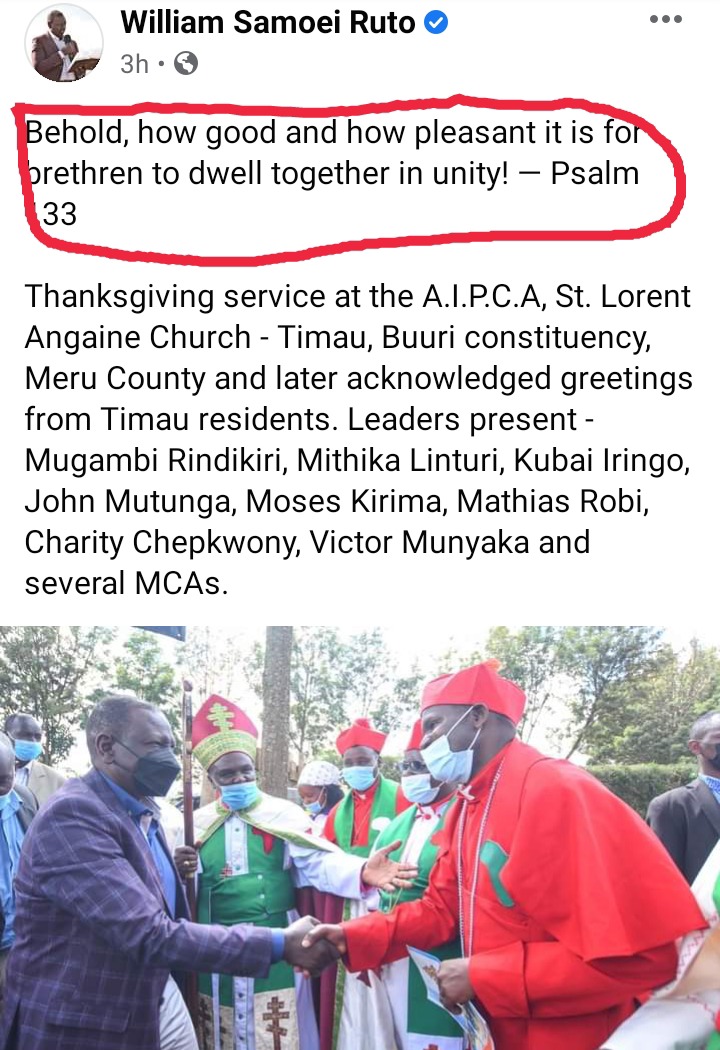 An hour after the DP sharing that post, the former Prime Minister Raila Odinga also shared a video of himself "preaching" to congregants of PCEA Nanyuki Township Church where he had gone to worship the Lord God.

Guess what? Raila also quoted the same bible verse that the DP had quoted an hour earlier. As you can see in the screenshot below, Psalms 133 was also part of his caption. 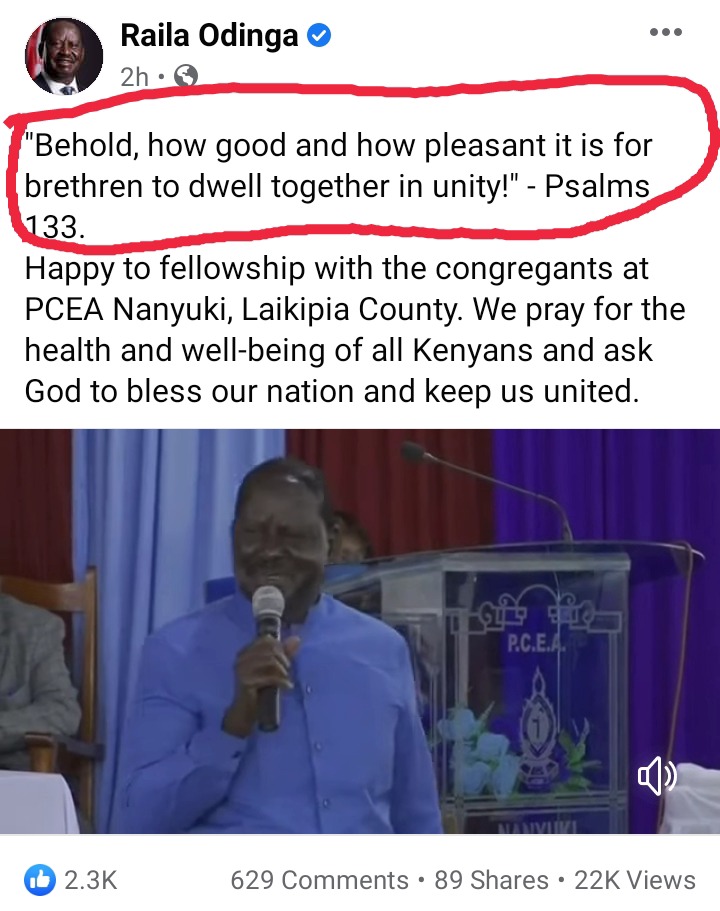 But before you say that Raila Odinga "copied" DP Ruto or vice versa, know that the former PM's caption was actually a quote of the bible verse that he had read as he "preached" while at the altar.

The video was also just "extracted" from that which had covered the same an hour earlier. So who do you think "copied" the other? 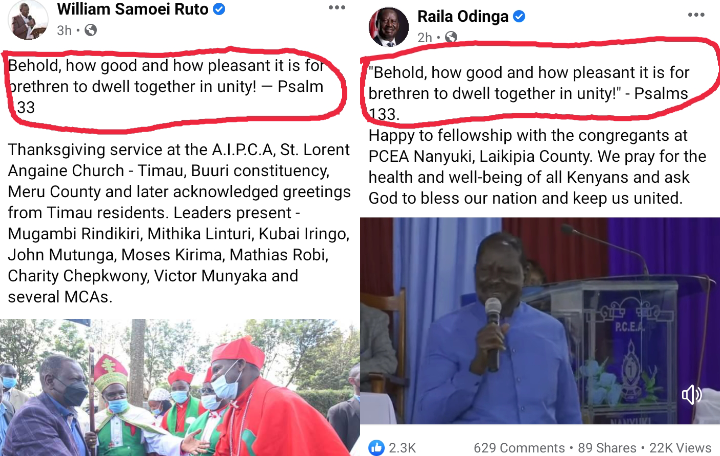 "Why Is Raila Silent And Afraid On Wanjigi's Tribulations?" Ahmednasir Questions As Kenyans React

Ngilu Attacks Kalonzo With Bitter Truth, Warns Him Of Going Head On With Ruto And Raila