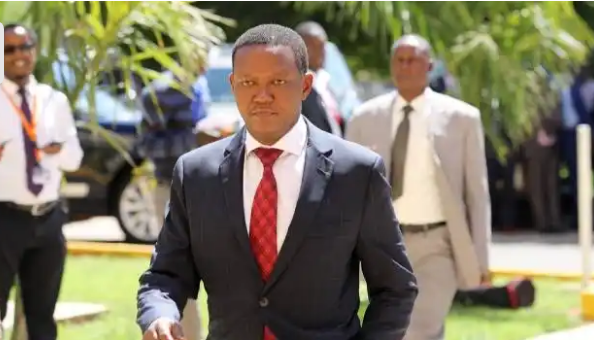 Machakos governor, and former Government Spokesperson Dr. Alfred Mutua is both a former student of journalism, and teacher of the same too. Perhaps that’s why he knows how to play the public mood like a fiddle.

The Maendeleo Chap Chap party leader has now come out with spectacular and startling claims about the Evangelical clergy. In the sensational accusations that are probably meant to eclipse the issue of his marital woes and divert attention from Juliani’s interview with the Standard Group, Governor Mutua claims that he was present in person and witnessed everything first-hand.

The Machakos governor was speaking while appearing on Citizen TV’s morning show Daybreak which was hosted by Waihiga Mwaura.

After a section of the church, led by Archbishop Ole Sapit, banned political leaders from addressing church congregations, a form of pushback was expected from the political class, but not quite in the way it has unfolded.

Governor Mutua started by in fact, congratulating Ole Sapit for a wonderful decision, and even invited him for tea and meat in his Machakos gubernatorial residence which he refers to as White House.

He however, went ahead to urge Evangelical clergy to follow suit, then regretted that this wouldn’t be likely because they were compromised, and bribed easily.

When the show’s host, Waihiga Mwaura quizzed him more on the issue, and asked him whether he had proof of whatever he was saying, the governor stood by his words and reiterated that he knew what he was saying, and it was something he had witnessed with his very own eyes.

He said what usually happens is that, a politician will give out his huge offering of about a million in front of everyone as the day’s Thanksgiving.

However, later on when they meet in private with the clergy, the politician will then hand him “something small” in the form of about 200,000 for the kind welcoming and hospitality that he accorded them.

He, however, failed to name any specific Church leader or church.