Decisions Made By Cardinal Njue That Shaked Political Leaders

By Reporting4MogsonTV (self media writer) | 1 year ago 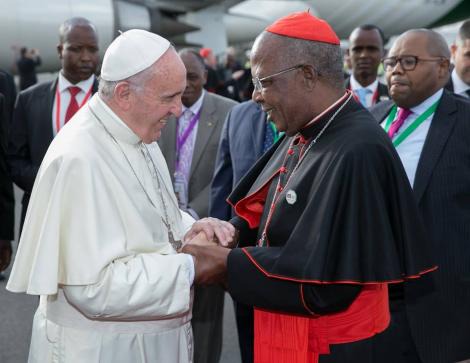 Cardinal John Njue will be remembered for his firm stand on western culture that he thought was not good for Kenyans. When USA president Barrack Obama was advocating for the rights of minor groups like marriage of people with the same gender, Cardinal John Njue was quick to warn kenyans and other people who were allegedly planning to advocate for the same issue in Kenya.

“... United States has ruined their own societies… I don’t think God was making a mistake when he created Adam and Eve and told them what to do...Kenyans must determine their own destiny... not everything coming from outside the country is safe," Njue said Cardinal John Njue said. 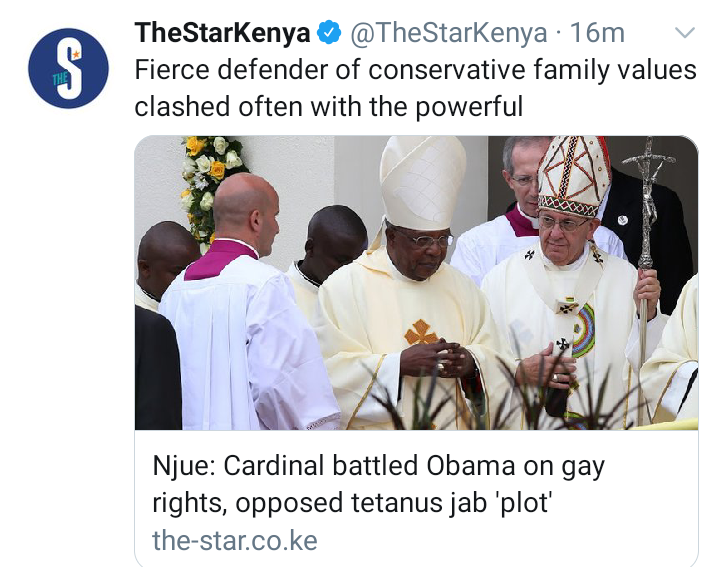 Cardinal John Njue was a strong defender of Family values. This mission made him to collide with powerful political leaders. But according to him, it was his duty to give the truth. However, he received opposition from Charles Daniel Balvo, another Pope-appointed official of the Catholic Church in Kenya.

Relief To Raila And Karua As Jubilee Gubernatorial Candidate Vow To Use Their Photos In His Posters.

RIP: Emotional Tribute Written By Daughter of Teacher Who Stood Infront of The Kids to Save Them