By ianooooo (self meida writer) | 24 days

In some cultures funerals are a somber affair, but in others they are a lively and outlandish celebration of the dead. Here are some of the world’s most unusual historical and contemporary funeral traditions. 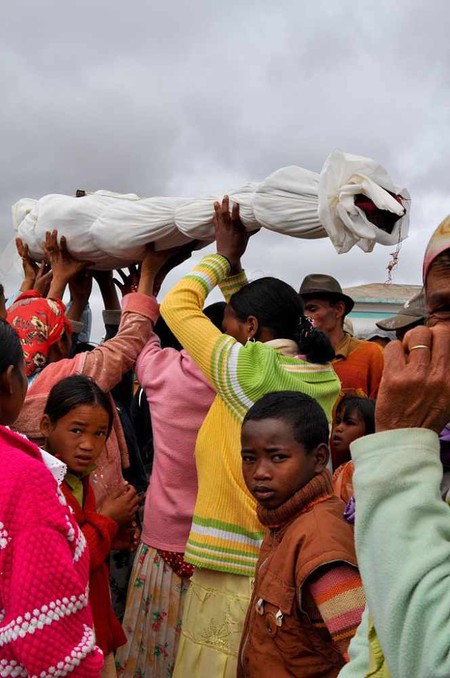 The Malagasy people of Madagascar perform a ritual called famadihana in which every seven years or so the bodies of their deceased are exhumed from ancestral crypts. Also known as the turning of the bones, the ritual sees the deceased wrapped again in fresh cloth followed by a lively celebration involving music and a huge feast during which the living dance with their dead ancestors, pass on familial news to the deceased and ask for their blessings then the bodies are returned. A way of maintaining connection between the living and the dead, famadihana is based on the belief that the deceased do not join the afterlife until their bodies are fully decomposed and are able to communicate with the living in the interim. 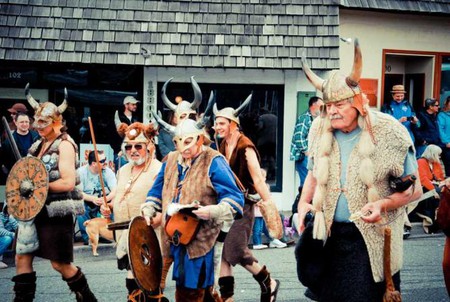 Viking funerals of yore were an especially brutal affair according to the writings of Ahmad ibn Fadlan a 10th century Arab explorer who spent time observing the way of life of Volga Vikings. According to Fadlan’s account, deceased Viking chieftains were temporarily buried while new funeral clothes were prepared, and one of the chief’s slave girls volunteered herself to join him in the afterlife. The girl would then have sex with each male in the Viking settlement before being strangled and stabbed to death by the village matriarch after which she was placed alongside her chief aboard a wooden ship that was then set alight. 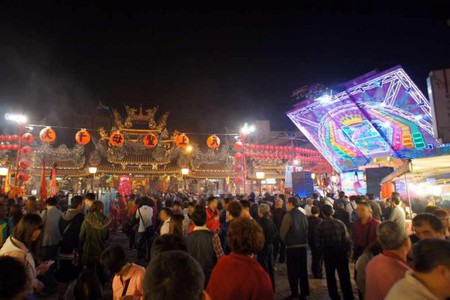 Many funerals in Taiwan are judged by their expense and crowd size often resulting in lavish and loud affairs involving drum troupes and all female marching bands that can cost upwards of $20,000. Some funerals even go a step further to attract bigger crowds by hiring Electric Flower Cars and trucks converted into brightly colored, neon lit mobile stages upon which strippers perform pole dances and stripteases and even dance exotically at the gravesides of the deceased. The cultural phenomenon was documented by anthropologist Marc L. Moskowitz in Dancing for the Dead Funeral Strippers in Taiwan 2011. 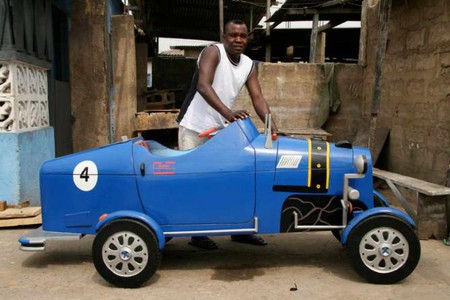 Originating in the Accra area around 60 years ago, the Ghana fantasy coffin phenomenon was prompted by talented carpenters, including Ataa Oko and Kane Kwei, and sees coffins crafted into elaborate, intricate designs that reflect the life and passions of the deceased, be it a fish shaped coffin for a fisherman or beer bottle shaped coffins for fans of ale. A number of Ghanaian fantasy coffins were included in an art exhibition Magiciens de la Terre at the Musée d’Art Moderne in Paris in 1989, and more recently fantasy coffin artist Paa Joe traveled to the UK as artist in residence at Nottingham’s Clumber Park, where he crafted one of his trademark lion shaped coffins.

A new funeral trend has emerged in recent years in response to the increasing diaspora of people around the world livestreaming or webcast funeral. Funerals are broadcast live via webcam so family and friends across the globe unable to physically travel to the funerals of loved ones can be in virtual attendance. It has been offered by companies including the Detroit based funeral One since 2002. Former president of the National Funeral Directors Association John Reed estimated a 30 percent increase in American funeral homes offering webcasting funeral services in a 2011 article in USA Today. 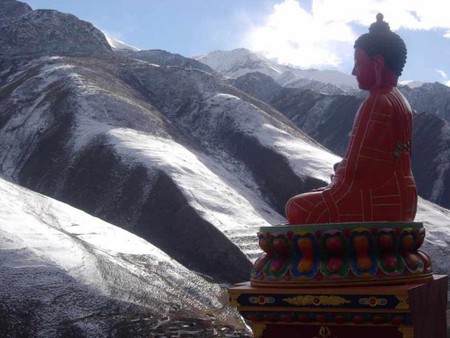 In parts of Tibet and Mongolia, Vajrayana Buddhists practice a ritual known as jhator or sky burial which the bodies of the deceased are dissected and the pieces are placed upon a mountain top, where they are left for vultures to consume. Based on the belief that the soul leaves the body immediately after death, the tradition in particular the feeding of remains to vultures is seen as a last token of charity to the earth. It is an age old ritual practiced for thousands of years, and according to Pasang Wangdu of the Tibet Academy of Social Sciences around 80 percent of Tibetans today opt for a sky burial. 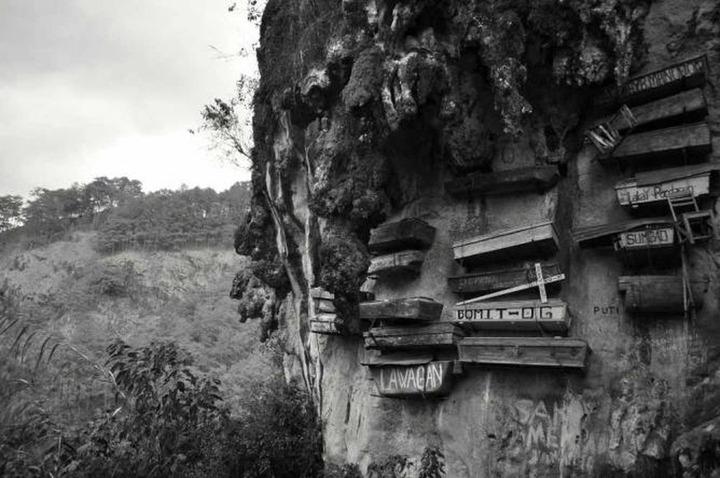 Among certain ethnic groups in the Philippines, Indonesia and China, the tradition of hanging coffins has long been practiced. In Gongxian in southern Sichuan, hundreds of hanging coffins of China’s Bo people who are thought to have died out approximately 400 years ago can be found suspended from rock faces, while in the Philippine mountain town of Sagada, the Igorot people still practice the tradition today, many hanging coffins dot the cliff faces of the Echo Valley. The ritual is said to protect the dead from flooding and animals and in Igorot culture is thought to grant the dead an easier passage to the afterlife.

In the Menyamya region of Papua New Guinea’s Morobe province, the Anga people perform a funeral tradition that involves smoke curing the bodies of their dead and suspending the mummified remains in bamboo cages from clifftops above villages. Said to be the Anga people’s way of showing high respect for their departed, several smoked mummies can be seen around the settlements of Aseki and Watama, though the ritual is rarely practiced today. 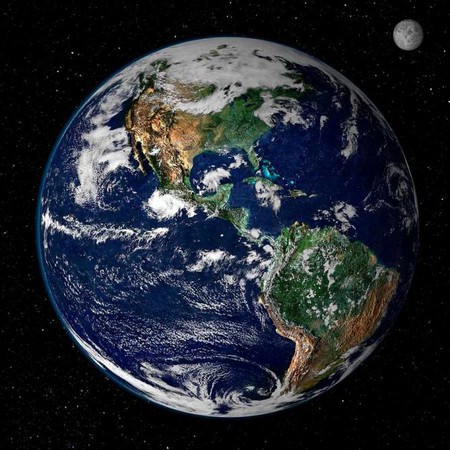 As with livestreaming funerals, certain technologies allow people to bid goodbye to their loved ones in new ways and none is more outrageous than a space burial. In 1997, American company Celestis carried out its first memorial spaceflight mission and blasted the partial cremains of 24 individuals including those of Star Trek creator Gene Roddenberry and psychologist and 1960s counterculture icon Timothy Leary into orbit. It has since rocketed off on a further 12 space burial missions. Elysium Space established in 2013, offers the option of a shooting star lunar or Milky Way memorial.

In 2000 the South Korean government passed a law stating that due to dwindling space in the small and densely populated country, the graves of buried loved ones must be removed after 60 years. The government actively promotes the cremation of the deceased, and some South Korean citizens are going a step further by having their loved ones’ remains transformed into what are known as death beads, tiny and colorful pebble like beads usually displayed in decorative glass containers. In 2011 Bae Jae yul, founder and CEO of Icheon based company Bonhyang reported more than 500 people had used the services.

"You Betrayed Me, It's Okay" Dp Ruto Breaks Silence On Uhuru Kenyatta's Move Ahead Of 2022 Election.

Price Of A 10,000 Litres Plastic Tank In Kenyan Shillings.

William Ruto's Multibillion Worth of Properties