Facts About Father Hibbert, A Founder Of The Rasta Movement Who Proclaimed Haile Selassie Was Divine

Haile Selassie's birth name was Lij Tafari, and he was first known as Lij Tafari in his native hamlet in eastern Ethiopia. Ras, which means prince or chief, was the title he was given when he became a regent in Ethiopia. A second new name, Haile Selassie, meaning "Power of the Trinity," was bestowed upon him when he was crowned Emperor in 1930. Remembering Father Hibbert, an early leader in the Rastafarian movement who declared Haile Selassie divine. 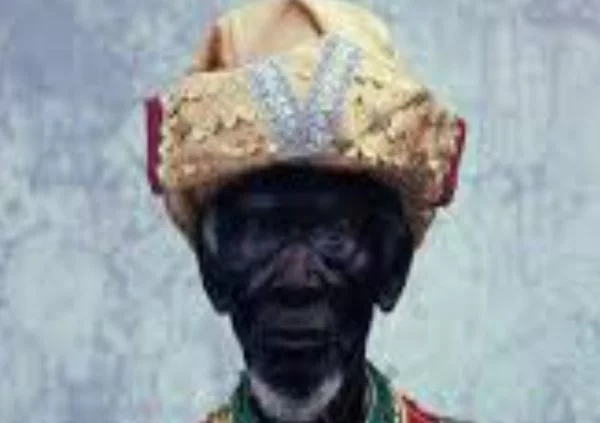 A new spiritual movement, represented by his birth name, was also birthed in Jamaica as a result of his coronation, and it is now widely practiced around the world. Although its adherents are often referred to as "Rastafarians," the term "Rastafari" or "Rasta" is more commonly used. For Rastafarians, Ethiopia represents Zion, the country of promise for people of African descent, and as such, Selassie's cult status is intrinsically linked to this ideology.

Among the first to declare Haile Selassie divine was the Catholic priest, Father Joseph Hibbert. In the 1930s, he was instrumental in spreading Rastafari throughout Jamaica and became one of the movement's earliest preachers. Hibbert spent nearly 20 years "workin', learnin', and I return back to Jamaica 1931, month of October, the 12th, I arrive back in Jamaica" after leaving Jamaica with his adoptive father in 1911. According to an interview he gave in 1983 to derekbishton.com, he first began preaching in the Ethiopian Coptic Church "properly" in 1932.

He rented 28 acres of land in Costa Rica and grew bananas while he was there. In 1924, he officially became a member of the Masonic Ancient Mystic Order of Ethiopia. In some accounts, Prince Hall Freemasonry served as the inspiration for this brotherhood. Soon after becoming a Master Mason, Hibbert returned to Jamaica "to preach Haile Selassie as the King of Kings, the restored Messiah, and the Redeemer of Israel."

After establishing his own ministry for the Ethiopian Coptic Faith in the St. Andrew Parish, he began preaching in the Benoah District of St. Andrew. Soon after, he relocated his ministry to Kingston, where he met Leonard P. Howell, a preacher who was already preaching Rastafari. After collaborating with Howell for a while, Hibbert went on to found the Ethiopian Coptic Religion on his own.

According to derekbishton.com, in his sermon, Hibbert argued that "Ras Tafari is the reborn body of Jesus Christ," citing numerous Old Testament parallels and scriptures to back up his claim. So now there is a brand-new creation, a brand-new universe.

According to the site, the central theme of Hibbert's teachings was rebirth. "Isiah was reborn as Elias, and Elias can now be shown to be John the Baptist (see Matthew 17). A new incarnation of Jesus Christ, known as Ras Tafari, has appeared on earth today. And another precursor, mouthpiece, and trumpeter has arrived, and his name is Marcus Mosiah Garvey.

Moses took the Joseph scroll and freed the Israelites from slavery in Egypt. For seven months, Haile Selassie fought in an airplane with an army of 80,000 men to "free all the children and set Africa free."

Many Rastas would find inspiration in Haile Selassie, from his speech to the League of Nations (which would later serve as the foundation for Bob Marley's famous song "War") to his work in establishing the Organization of African Unity. However, in 1948, he accorded the Rastafarian group preferential treatment by allocating land in Shashamane for returnees from the Diaspora, including Rastafarians. Until the coup that terminated his reign and substantially cut the land allocated to these repatriates, he made frequent visits to their colony.

Haile Selassie personally traveled to Jamaica in 1966 in an effort to persuade Rastafarians to relocate to Shashamane. Some Rastafari elders, including Hibbert, are said to have met with Haile Selassie on this trip.

Even though he had been dead since 1986, most Rastas remembered Hibbert as a legendary Rastafarian educator. Bongo Zack, a Rasta from Jamaica who was based in Houston, Texas, told derekbishton.com that he had met Hibbert in the city of Kingston in the 1930s.

When I was a young lad, the first thing I recall is Mr. Hibbert marching in front of our house every Sunday while waving a red, gold, and green Ethiopian flag. You've probably seen those leather belts with a cup to hoist a flag pole; Mr. Hibbert used to wear one, along with a white robe, a red, gold, and green ribbon, and march right down to the corner to signify that a meeting was going to take place that evening. When I was a kid, I recall staring at this guy. As a boy, I've never seen a man in a robe before, and there I was staring at Mr. Hibbert. A odd man from Costa Rica, he was.