Controversial Kenyan pastor Ng'ang'a has finally opened up and given a couple of instructions on what he wants to be done when he passes away. In a video that has been shared by a reliable source of information, pastor Nganga said that he only wants to be attended to by men who will do all that it done in the Mortuary before the burial of the deceased.

"I don't want to be touched by any woman once I'm dead. I just want to be attended to by men because these young ladies are not fit to touch my body. If they do, they will go and start announcing and revealing what i had and didn't have in me and this is what I'm against ",he said.

According to the reports given by the controversial pastor, he said that the right thing was for him as a great man to leave a good legacy and not some stories created by unknown people.

This is happening at the same time when he's battling a court case related to his land after he was sued by a complainant who accused him of Snatching his land. At the same time, the latest developments on the case revealed that the judge refused to throw away the man's case.

While reacting to this incident, kenyans who expressed their different opinions and suggestions on his remarks have took to the comments section to reveal what they think about him and his demands of what shouldn't and should be done when he dies.

With a section of kenyans claiming that maybe this was the right thing to do, others went ahead and called him out accusing him of being a bad influence to the society despite the fact that he is a pastor. According to most Kenyans, they accused him of degrading women. 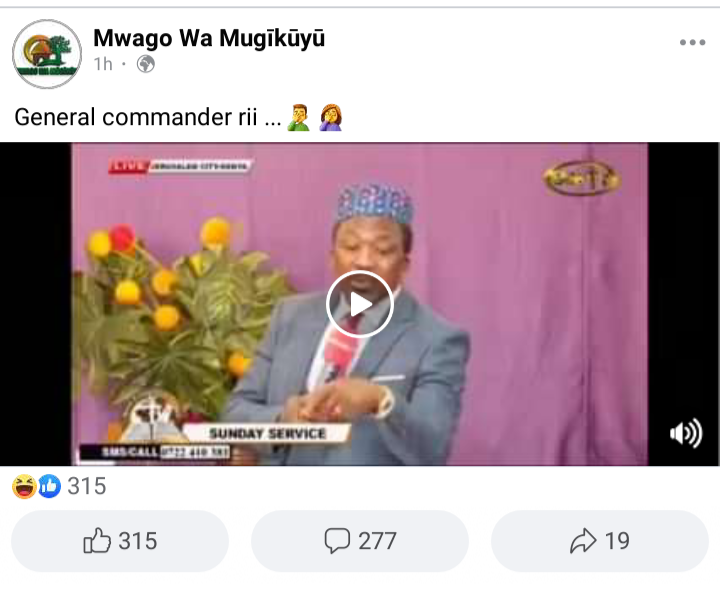