By WawireCornel (self meida writer) | 10 days 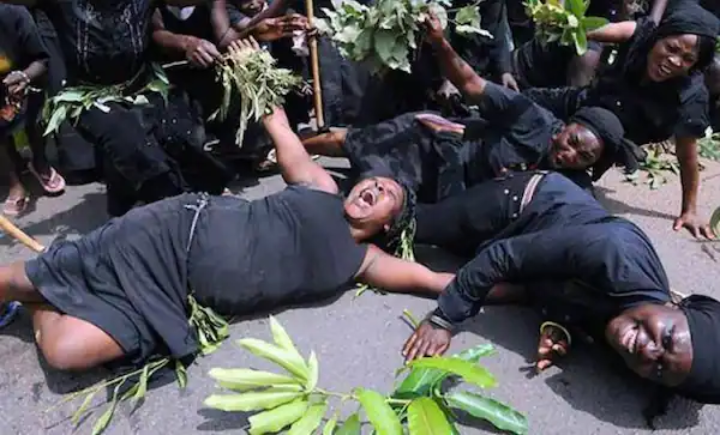 Mourners at a funeral.

In the Luhya community, committing suicide is not a thing to joke with.

The Luhya community norms are very tough on those who commits suicide by either hanging, drowning or stabbing themselves.

Elaborate rituals are performed so that the community is cleansed of the bad omena that can recur after such incidences.

In some luhya sub-tribes, if one hangs himself/herself, they are given a good beating before being brought down from where they have hanged themselves.

Elders from this sub-tribes will tell you that this is to exorcise the person's evil spirits from haunting their family members.

Some are beaten until tears roll down their cheeks before being cut from where they are hanging.

Unfortunately, those who commit suicide cannot be given a good send off. They are usually buried at night when everyone else is asleep by few individuals chosen for this job.

“The dead are buried at this ungodly hour so that their spirit do not come back to haunt the family members left behind. No one, including family members, is supposed to witness when or where the corpse is buried,” an Luhya elder explained as quoted by the Standard. 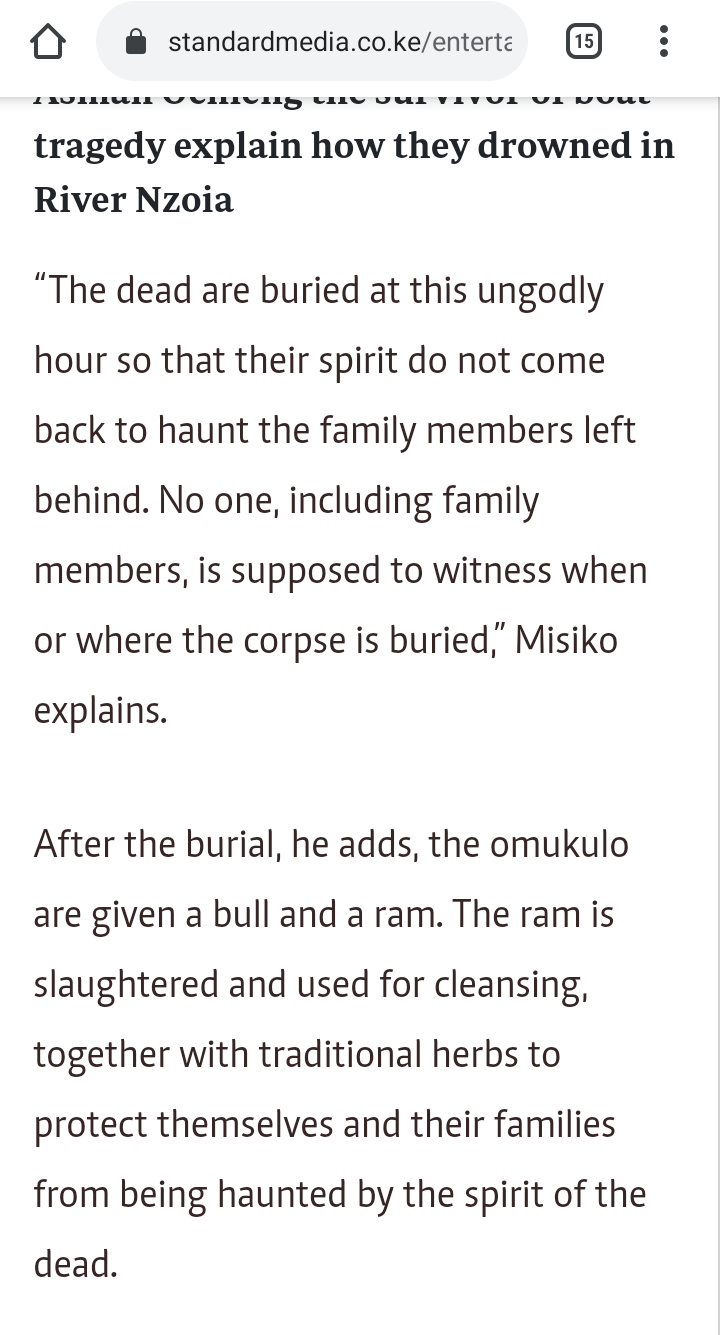 Whoever perform the burial rites are chosen individuals in the community.

After burying the deceased at night, they are always given a bull and a ram.

The ram is slaughtered and used to perform cleansing rites.

More so, the group is given herbs to protect themselves from being haunted by evil spirits of that who hanged himself/herself.

Unfortunately, if you happen to be the first person to come across a person who has committed suicide, the Luhya community customs dictates that you remain at the scene until the body is removed.

Afterwards, certain rituals are performed after receiving a cow and a sheep.

The sheep is slaughtered a night before the burial night where cleansing rituals are done.

This aims at blocking the evil spirits of the deceased from coming back to haunt the community.

“A piece of the rope that the deceased used to hang themselves is given to the person who discovers the body. By custom, this person is given a cow and a sheep. This sheep is slaughtered at night before burial and the offal (obuse) used for cleansing. This is called okhwikala, a ritual aimed at blocking the bad omen from recurring,” explained an elder.

After the burial and all other customs are done, no one is ever allowed to name their children after anyone who committed suicide.

The same rituals are performed if you happen to come a person who committed suicide by drowning or burning themselves.

If you happen to be with some and then they commit suicide by drowning, you will remain at the place they drowned until their bodies are retrieved.

If you leave before the body is found, an elder pointed out that the deceased will be bad that you have departed them and hide not to be found.

However, some of these rituals are never being performed due to people adopting the White man's culture.

Nowadays, you will see someone who committed suicide being buried normally and no ritual performed.

This is not for all sub-tribes though.

Details Concerning The Place Where Rigathi Gachagua Is Imprisoned (Photos)

"I am A Mother Of 10, Expecting 11th Born, But still my Husband Wants 22 Children" Woman Narrates

Details, this is why Caroline Kagogo postmortem failed to take place as scheduled

“Can't Believe He Is No More," Ogweno's Wife Breaks Down Seeing His Lifeless Body Being Lowered